War and inflation worry the markets 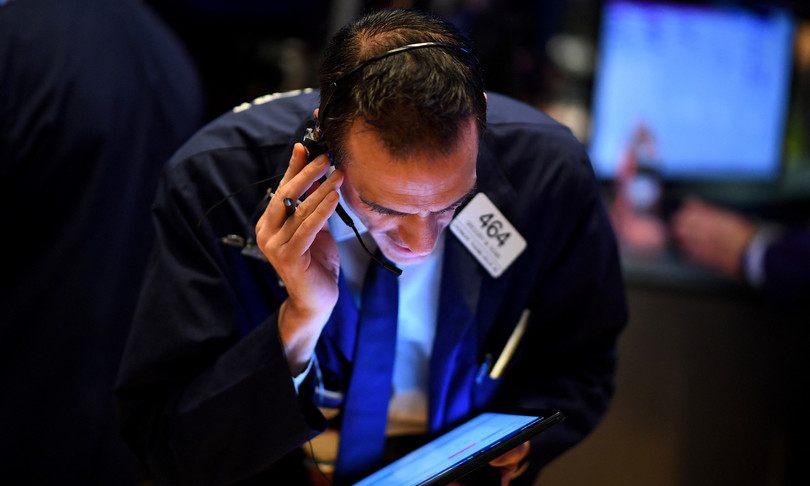 Markets closed restlessly in the last week before Easter, worried about war, galloping inflation, and future, aggressive moves by the Fed. In Asia, prices are negative in the wake of Wall Street’s closing in the red. Tokyo is back slightly and Shanghai is down by about half a percentage point. In the Chinese megalopolis the lockdowms and confinements of the infected continue even if the number of cases falls below 25,000 units and the asymptomatic ones fall in particular.

Today Wall Street and the European stock exchanges do not open for the short week of Easter. Yesterday in New York the indices closed the eighth in negative, especially the Nasdaq which fell by 2.6%, while the S&P lost 2% and the Dow Jones 0.8%. Techs lost more than 2% at the end of the day, undermined by fears of US inflation, which rose to 40-year highs in March, while producer prices recorded a record jump of more than 11%.

Also yesterday, the 30-year Treasury rate flew to 2.92%, the highest since May 2019, while the 10-year T-bone yield, after two consecutive drops, started to rise again, reaching 2.83% and putting pressure on Wall Street’s high-growth stocks, Apple in particular lost 3%, while Amazon, Microsoft and Meta lost more than 2%.

In the spotlight Twitter, back by 1.46% after Tesla’s boss, Elon Musk, launched a 43 billion dollar takeover bid to buy the company, an offer that the board would consider “unwelcome” and against which he would be studying defensive moves. As a result, Tesla also left 3.6% on the ground, dropping below the $ 1,000 mark.

On the other hand, Morgan Stanley (+ 0.75%) and Citigroup (+ 1.56%) did well, announcing better than expected results in the first quarter. In contrast, Goldman Sachs (-0.10%), which reported a 43% drop in profits, while Wells Fargo left over 4% on the ground after recording a 21% decline in profits.

This week the big US banks have opened the quarterly season with mixed results, while after Easter the balance sheets of IBM, P&G, Johnson & Johnson, American Express and Verizon are expected. Next Tuesday and Wednesday, after the Wall Stret bell, Netflix and Tesla data will be released.

Yesterday positive closing for the European stock exchanges, which dodge a feared acceleration on rates by the ECB. The European central bank has stopped the ‘hawks’ and postponed to June, pending a more complete picture on the effects of the war, the decisions on the end of the Qe and on the next tightening, maintaining the indication to cancel the purchases of the bonds in the third quarter. This caused the spread between BTPs and Bunds to rise to 165 points, but quieted the stock exchanges, with Milan at + 0.57%, London at + 0.49%, Paris at + 0.72% and Frankfurt at +0. 62.

At peak Moscow, which loses 4.9% due to sanctions and the escalation of tensions with the Baltic countries. Oil prices are rising again. The world’s leading companies are planning to reduce purchases of crude oil and fuel from oil companies controlled by Moscow as early as May, in view of possible EU sanctions on Russia to block the import of Russian crude.

So far the EU has not imposed a ban on Russian oil imports, but according to the New York Times, which cites sources in Brussels, EU officials are working to prepare for the embargo. Brent is back above 111 dollars a barrel, while WTI is gaining above 106 dollars. Meanwhile, the Fed’s aggression continues to favor the greenback on the currency markets.

The euro is stable just above 1.08 and the yen has further weakened, slipping to a 20-year low of 126.35 against the green note. From Ukraine comes the news that the Russian missile cruiser Moskva, which Kiev had claimed to have struck, “lost stability and sank while being towed during a storm”.

This was announced by the Russian Defense Ministry. Joe Biden, struggling with a collapse in US consensus, says he is ready to go to Kiev. And Putin orders the construction of new gas pipelines from Siberia to increase the export of gas and oil to the East and South, while Moscow threatens the deployment of nuclear weapons in the Baltic if, as seems increasingly likely, Finland and Sweden agree to join NATO. .

“The European Union is preparing an embargo on Russian oil”. The news comes from the New York Times and, if confirmed, it would be the biggest sanction of Western countries against Putin, who has one of the most important economic sources in crude oil. The move should not be implemented until April 24, the day of the election of the new French president, to ensure that the impact on prices does not help right-wing populist candidate Marine Le Pen and damage the chances of re-election of President Emmanuel. Macron. According to the Times, the European bloc is moving towards adopting a multi-stage ban, which would allow Germany and other initially opposed countries to have time to find alternative suppliers.

A similar approach has been taken by the EU for the Russian coal ban. In France, Macron is advancing in the polls ahead of the second round on Sunday 24 April. The president would be at 55%, against 45% of Marine Le Pen, thanks to 37% of Me’lenchon voters who are willing to vote for him, against 18% who would be ready to side with the far right.

ECB: confirmation of end of purchases in autumn, the spread flies

Faced with the blaze of inflation, the European Central Bank confirms that in the autumn it will stop buying government bonds of Eurozone countries. By removing a parachute that has been providential for the most indebted countries such as Italy. It could raise rates soon after. However, the ECB does not let itself be carried away by the haste of the ‘hawks’, it takes time and reserves the right to postpone to June, pending a more complete picture of the effects of the war in Ukraine, any final decision on the end of Qe and on the future squeeze.

Result: after the Eurotower board meeting, the yield of Italian BTPs increased to 2.49% and the spread widened to 165 points. Italian government bonds are the ones that are losing the most ground in Europe. It is of little use that Lagarde assured us that in the face of any widening of spreads “the principle we will apply is flexibility” (of bond purchases), “two years ago this was necessary and we moved promptly. We will do exactly that. itself, we will move promptly. ”

The Council of the ECB in the statement released after the board meeting reiterated that the institute “will take any necessary action” “to fulfill the mandate to pursue price stability and to help preserve financial stability”.

The final decision on the stop will be made in the June meeting. “Some time later” the squeeze will come with the rate hike. The time has not yet been quantified but as Lagarde explained “it can be in a week or several months”.

In short, the ECB takes time until June to decide and in the meantime puts two risks on the scales: the worrying increase in inflation and the sharp slowdown in growth. The war in Ukraine “is already weighing on business and consumer confidence, also through the uncertainty it brings” with it and “has created new bottlenecks”, explained Lagarde, according to whom the downside risks to growth go to arm in arm with the flare-up in prices, which in the Eurozone “has increased significantly and will remain high in the coming months, mainly due to the sharp rise in energy costs”.

Elon Musk, the richest man in the world, wants to take all of Twitter. After surprisingly joining the company by raking in a 9.2% stake earlier this month, Tesla’s number one would be ready to take over 100% of the company for $ 54.2 a share. A maxi offer that would amount to a maximum outlay of around 43 billion dollars, with the aim of removing it from the stock market.

But which, according to some American media reports, would be judged “unwanted” by the board of directors, to the point that the company is considering applying “poison pills” to prevent the entrepreneur from increasing his share.

“I’m not sure I can buy it – said Musk, speaking at the Ted2022 conference in Vancouver, Canada -” but I have a plan B. “I invested in Twitter because I believe in its potential to be the platform for free speech in all over the world, and I believe that free speech is a social imperative for a functioning democracy, “Musk said in the document.

“However, since I made my investment, I realize that the company will neither thrive nor serve this social imperative in its current form. Twitter needs to be transformed as a private company.” To take a stand against Musk’s offer, Saudi prince Al Waleed bin Talal Al Saud, one of the main shareholders of Twitter, intervened, who rejected it, judging it insufficient.

“I don’t think Musk’s offer comes close to the intrinsic value of Twitter, given its growth prospects. As one of the largest and longest-running shareholders of Twitter, Kingdom Holding Company (Saudi investment company chaired by him) and I refuse this offer “.

Johnson lines up the navy against illegal landings

Boris Johnson, following Partygate fines, announced a plan to “save countless lives” from human traffickers who are turning the Channel into a “marine graveyard”. The premier announced that from today it will be the Royal Navy, and no longer the Border Force, to control operations on the Channel, in order to stop small boats and migrant boats.

Illegal immigrants can be prosecuted and traffickers can be given heavy penalties up to life imprisonment. The plan also provides for the controversial transfer of some asylum seekers to Rwanda, pending verification of the process of their eventual admission to the United Kingdom. Interior Minister Priti Patel: “Once in Rwanda, assistance and aid for five years”.

Johnson specified that the agreement with the African country has no limits on numbers and that Rwanda “has the capacity to host tens of thousands of people in the years to come”. Johnson’s plan has already been called “cruel” by humanitarian organizations. The UN: “Firmly against”. The EU: “Inhuman”.