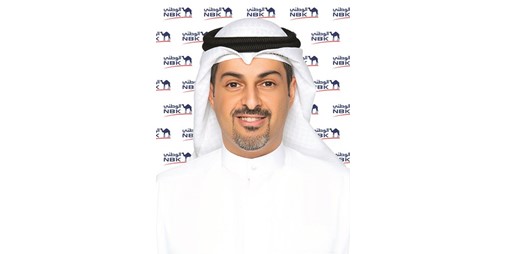 The National Bank of Kuwait is keen to maintain its superiority and leadership by relying on the latest technologies to complete operations accurately and quickly, which contributes to providing the best distinguished banking services to its customers. In this context, NBK honored the winners of the “National Hackathon for Robotic Process Automation”, which was launched in order to compete in introducing new innovations that would develop the automation of operational processes in the bank.

The National Bank of Kuwait launched the region’s first hackathon for robotic process automation, which was organized online in cooperation with Blue Prism. The hackathon competitions included drawing up a list of challenges related to automating some of the processes for the participants using the Blue Prism platform to send their own projects, as part of their competition to provide the best solutions to those challenges.

Projects submitted by participants from the judging panel and NBK executives were evaluated, and the winners and prizes were announced, in addition to the winners being given the opportunity to join the bank’s robotic process automation team.

On this occasion, Muhammad Al-Kharafi, Head of Operations for the National Bank of Kuwait Group, said: “Through the hackathon this year, we aim to enrich our efforts to automate robotic processes and attract the best talent in that specialty, as part of our endeavor to support and expand the bank’s work team, in addition to our keenness to employ Kuwaitis from New graduates and work on developing them and helping them gain experience in that new field. He pointed out that the banking and financial services sector continues to rely increasingly on robotic process automation technologies, which witnessed tremendous growth during the Corona pandemic. Al-Kharafi expects that momentum to continue over the next decade.

He stressed the keenness of the National Bank of Kuwait to invest in the automation of robotic processes and increase the automated workforce, which is characterized by speed and accuracy, by attracting distinguished talents in this field. At the conclusion of his speech, Al-Kharafi congratulated the winners of the Hackathon Awards, wishing them continued success and success, stressing the NBK’s constant endeavor to sponsor all talents and distinguished cadres in all fields, especially technology.