The Eurozone recovery remains strong but is starting to slow down 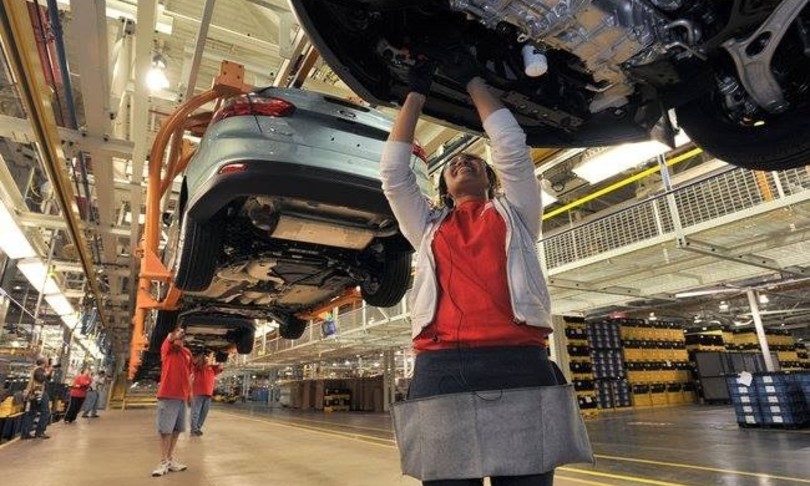 ` – Eurozone economic activity in August continued to expand at one of the highest rates in the last two decades, with a growth rate that was only slightly weakened despite widespread delays in the distribution chain. For the first time in the pandemic period, lhe expansion of the tertiary sector has exceeded that of manufacturing, supported by the progressive reopening of the economy.

Meanwhile, with demand outstripping supply, business costs and selling prices have rallied again and at one of the fastest rates in the past 20 years. Self Confidence in the economy remained subdued due to growing concerns about the Delta variant, the hiring rate remained the strongest in 21 years as companies increased operational capacity to cope with growing demand.

From reading the preliminary ‘flash’ data, the Eurozone’s leading IHS Markit PMI Composite Index fell from its 15-year record in July of 60.2 to 59.5 in August. The latter value equals that seen in June, with the latter recording the second fastest expansion since 2006.

During this period of recovery from the pandemic, the growth in the tertiary sector exceeded that of manufacturing for the first time, thanks to the gradual decrease in anti-Covid-19 measures during the month, reduced to a minimum since the start of the pandemic. However, the expansion of services was marginally slower than the peak in 15 years in July, as some companies have again suffered the pressure of the recent increase in infections.

Manufacturing production continued to increase at a rate rarely exceeded in the history of the survey and this thanks to the current one awakening of demand from the abyss that occurred in the pandemic period. However, the rate of expansion indicated a weakening for the second consecutive month, marking the weakest rate since February. The slowdown in production growth is mainly linked to the inconvenience on the supply chain.

Confidence and the Delta variant

The sustained increase in demand and the improved outlook due to the increase in vaccination rates they have nurtured vigorous optimism for the year ahead. The level of confidence has remained among the highest since 2012, the year in which comparable data were first available. However, given concerns over the Delta variant, optimism declined for the second consecutive month to hit its lowest level since March.

Employment has meanwhile increased at the same record rate in July 21, with companies increasing their operational capacity in tandem with recent order growth and promising future prospects. While manufacturing has seen a slowdown in the job creation rate, partly due to labor shortages, the tertiary sector headcount is at its highest since September 2018.

The further increase in employment contributed to reinvigorate operational capacity and limit the growth of backlog in August, although the increase in orders in stock remained the third highest in the history of the survey, following those of June and July.

The problems of supplies and prices

“In August, the eurozone economic recovery maintained exceptional momentum, with a PMI index weakening only slightly from its recent record in July but which in this third quarter set the stage for reaching the highest average in 21 years.” commented Chris Williamson, Chief Business Economist of IHS Markit.

And he continued: “Even if the spread of the Delta variant caused rampant problems across the region, by containing demand and causing further disruption to supplies, companies have benefited from the easing of pandemic restrictions, which have fallen to the lowest level since the pandemic began. THE delays in the distribution chain however, they continued to cause damage, often leaving the companies unable to meet demand and causing purchase prices to rise. Costs, combined with the surge in demand, generated another near-record increase in the average selling prices of goods and services, however showing some beneficial signs of a inflationary pressure which may have already peaked by now“.

“Certainly encouraging – continued the expert in his analysis – is the second month of job creation at the strongest rate in 21 years, which reflects companies’ efforts to enhance operational capacity and meet demand, which should ultimately further help lower price pressure.

Some signs of wage increases due to the rise in the labor market are worrying, which could translate into an increase in inflation, and delays in supplies, especially from Asia, which seem destined to persist for some time yet “.

Within the eurozone, Germany continued to lead the expansion, despite the weakening of growth from the record 23 years in July. While the increase in services slowed only marginally compared to the record rate of July, in manufacturing there was a greater weakening, mainly due to the inconvenience in the distribution chain.

In France, meantime, expansion slowed to a four-month low, weakening further from the recent peak in June. Industrial production indicated the slowest rate of increase since February, subdued by shortages, while service sector expansion, although indicated the strongest of the two sectors, slowed to lows since April.

In the rest of the eurozone, growth was the fastest overall in 21 years, accelerating slightly compared to July and with the manufacturing and service sectors which both recorded high rates of expansion.