Economy in danger of fragmentation due to Russia’s war of aggression, says IMF, the world’s leading economic organization 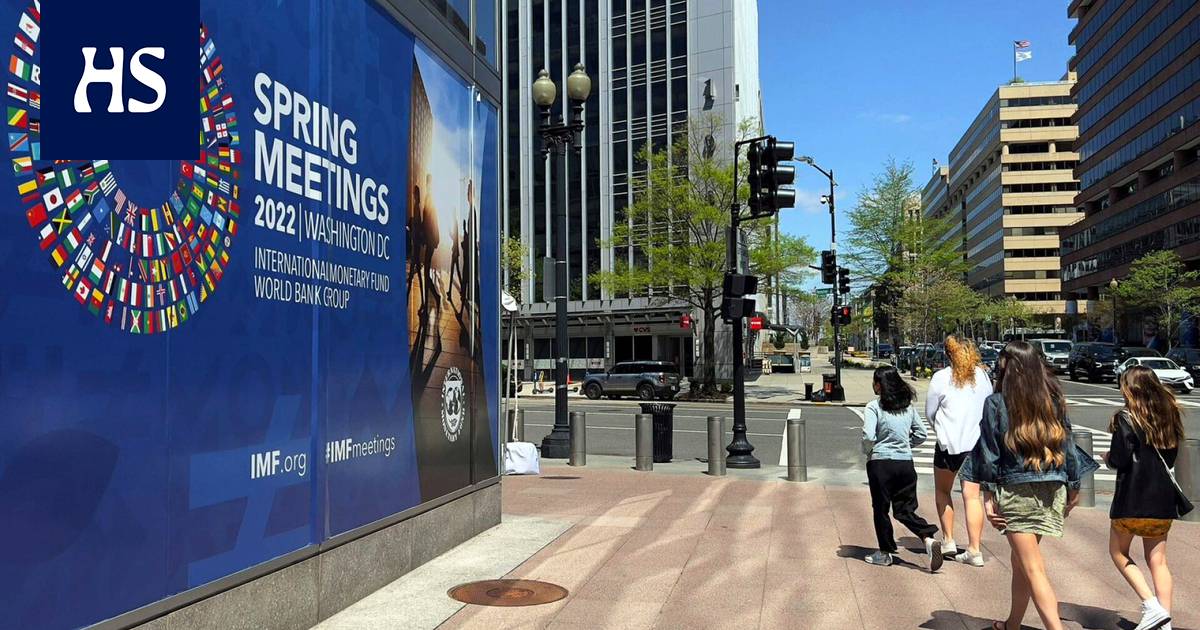 According to a new forecast from the International Monetary Fund, war will slow global economic growth by almost a percentage point.

Russia’s invasion of Ukraine will significantly slow down the global economic recovery from the coronavirus pandemic and the risk of slower-than-expected economic growth is moderately high.

According to a new business survey published by the International Monetary Fund (IMF) on Monday, the world economy will grow by 3.6 percent this year. That’s 0.8 percent less than the IMF estimated in January, a relatively large change in three months.

According to chief economist Pierre-Olivier Gourinchas, the weakening of the forecast is a direct result of the Russian invasion of Ukraine.

“The war is one addition to a series of supply shocks that have hit the global economy in recent years. Like earthquakes, its effects extend far and wide, ranging from commodity markets to trade and economic cooperation, ”Gourinchas writes in an IMF blog.

Gourinchas stresses that the war will also increase the risk of a permanent fragmentation of the world economy, with geopolitical groupings having different technological standards, payment systems and foreign exchange reserves.

“Such structural changes would lead to long-term inefficiencies, increase instability and pose a major challenge to the rules-based framework that has dominated international and economic relations for the past 75 years.”

The IMF also states unequivocally that ending war and peace is a priority.

In addition to Russia and Ukraine, the war is hitting the eurozone economy particularly hard, with the IMF estimating that it will grow by 2.8 per cent this year, or 1.1 percentage points less than in its previous forecast.

U.S. economic growth is expected to slow by 0.3 percentage points to 3.7 percent. The United States has very little trade relations with Russia.

Russia is a major producer of oil, gas and metals, with close trade relations with the eurozone. In addition, Russia, like Ukraine, produces a significant amount of wheat and corn.

As a result of the war, the prices of all these commodities have risen sharply, which is likely to further accelerate the rise in consumer prices around the world.

The IMF estimates that the Russian economy will collapse by 8.5 percent this year and the Ukrainian economy by 35 percent.

In the United States, the IMF estimates that inflation will accelerate to 7.4 per cent this year, but will slow to 2.9 per cent next year. In the euro area, inflation is projected to pick up to 5.3% this year and to 2.3% next year.

As a result of inflation, the purchasing power of money weakens: with a certain amount of money, fewer goods and services can be bought than before. In addition to wage earners, high inflation is detrimental to companies and investors.

For central banks, the IMF’s message is simple: they need to be clear about the direction of monetary policy in order to reduce the risk of market disruption. If central banks change their monetary policy unforeseenly and unexpectedly, it will usually have a major impact on the securities markets. At worst, it could lead to a stock market crash.

No one yet knows how long the war will continue. Therefore, the IMF notes that its forecast is exceptionally high.

The risk is that economic growth will slow down and inflation will accelerate more than expected, for example if sanctions prohibit the purchase of energy produced in Russia.

From the perspective of the global economy, one of the threats is the worsening of the coronavirus pandemic if new variants of the virus develop that are ineffective.

The IMF’s position on the outlook for the Finnish economy is only very brief. It estimates that the economy will grow by 1.6 per cent this year and 1.7 per cent next year. The forecast is broadly in line with what the economic research institute Labore estimated last week.

Back in October, the IMF estimated that the Finnish economy would grow by 3.0 per cent this year and 1.5 per cent next year.