Weak and irregular markets, the times of the conflict in Ukraine weigh heavily 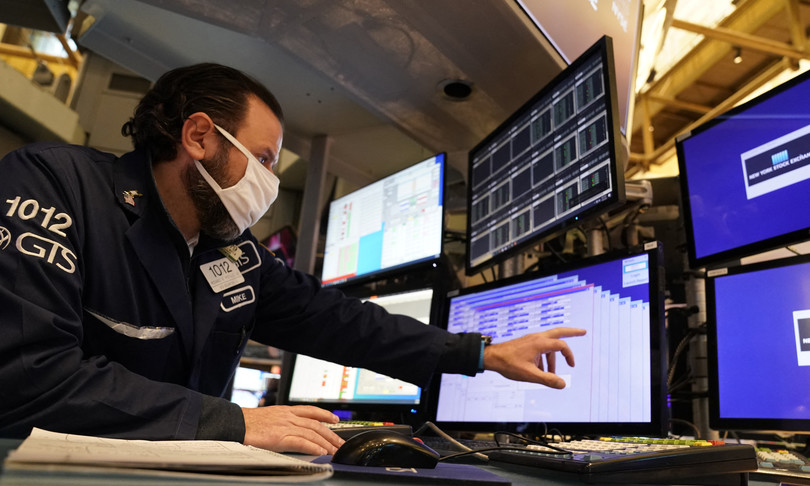 The markets are weak and irregular, while, as evidenced by the latest spring report of the IMF, the risks and uncertainties in the international economic scenario are growing.

E the war in Ukraine weighs heavily, where the Russian offensive in the Donbass has begun, which risks lengthening the time of the conflict and further overheating inflation.

The expectation for future, aggressive rate hikes by the Fed is also heavily felt, which pushes US T-Bone yields to the top and sends technology stocks into a swing.

In Asia, the prices are mixed, while the lockdowns decided to curb the pandemic have been going on in Shanghai for weeks and the Pboc, the Chinese central bank, has kept the prime rate, that is the main reference rates on bank loans.

Futures on Wall Street are negative, after yesterday, for the first time in three straight sessions of declinethe US stock market closed sharply higher, driven by corporate earnings results, although bond yields continue to rise.

Behind this ups and downs there are several factors, starting with the latest IMF report, which drastically lowered its global growth projection for 2022 due to the “seismic waves” caused by the war in Ukraine and warned that inflation it is destined to rise. The bond market is in fibrillation, where, for the first time since the beginning of December 2018, the rates on 10-year US Treasury bills have exceeded the threshold of 2.9%, to 2.93%.

Oil prices rebounded on Asian markets following heavy losses in the previous session, on the back of fears over reduced supplies from Russia and Libya. Brent crude oil futures climb above $ 108 a barrel while WTI contracts advance above $ 103 a barrel.

And on the foreign exchange front, the Japanese currency is still losing ground against the dollar, climbing, for the first in 20 years, above 128. Even the yuan today drops to its lows since October 2021 to 6.41 against the dollar at an onshore level and at 6, 44 offshore, forcing the PBOC to stop its accommodative monetary policy. Meanwhile, the leaders of the G7 approve new sanctions against Moscow, while China says no to the freezing of Russia’s assets.

Today there is expectation in France for a duel on TV between Emmanuel Macron and Marine Le Pen, while the outgoing president has 55-56% preferences on the challenger. In Ukraine, the Russian forces that are besieging Mariupol have given the Ukrainian soldiers remaining in the Azovstal steel plant another ultimatum: if they surrender today by 1pm Italian time they will be spared. Joe Biden is expected to announce a new $ 800 million military aid package for Kiev soon. According to the Pentagon, Ukraine has already received fighters and spare parts for aviation.

The Central Bank of China (PBOC) churns out about twenty measures to favor the economy and injects liquidity by injecting 10 billion yuan (1.56 billion dollars) of repurchase agreements to strengthen the banking system, but leaves the Loan Prime unchanged one-year and five-year installments (Lpr), ie the preferential rates offered by commercial banks on loans to the best customers.

The one-year LPR remains at 3.70%, the five-year one at 4.60%. The move interrupts the decline in Chinese rates, which the PBOC started in April 2020, in the midst of the Covid-19 crisis, in contrast to the monetary tightening of other global central banks, in order to support the economy in the face to the slowdown in the Chinese economy, which became stronger at the end of 2021 and which recent lockdowns have accelerated. In this phase of high inflation, monetary easing would have risked favoring capital flight and the weakening of the yuan, which in fact today has fallen to its lowest level since October.

Waiting for Fed, T-Bone yields versus 3%

The prospect of aggressive US central bank tightening to curb rising prices affects US bond yields. The 30-year Treasury yield rose to 3% and the 10-year yield reached a new high of 2.909%, the highest since the end of 2018. The 2-year bond rate is up to 2.548%.

It now seems almost certain that the Federal Reserve, in its meeting next month, will raise interest rates by 50 points, but a 75 basis point hike is not ruled out. Yesterday, the president of the Federal Reserve of St. Louis James Bullard insisted on the need to bring rates to 3.5% by the end of the year.

Netflix: loses subscribers in the first quarter, down 25% title

Netflix lost 200,000 subscribers worldwide in the first quarter, compared to the end of 2021, the first decline in customers in over a decade. Its share price consequently plummeted by more than 25% after the close of Wall Street, despite the group’s quarterly revenue rising 10%.

The streaming giant explained that the decline is mainly linked to the difficulty of acquiring new subscribers in all regions of the world, but also to the suspension of the service in Russia, where it has lost over 700,000 subscribers. The market was expecting a correction, but not that strong.

The war in Ukraine slows the global recovery, with GDP expected to grow this year and the next by 3.6%, or 0.8 and 0.2 percentage points lower than the January estimates. The slowdown in the euro area is more significant, which will end 2022 with a rise of 2.8%, 1.1% less than expected, ballasted by Germany and Italy which will close the year with a growth of 2 , 3%, a point and a half less than expected.

This was stated by the IMF, observing how the invasion of Russia has reinforced inflationary pressures and endangered the ordering of the rules that have governed international economic relations since the Second World War. “The risks to the outlook are to the downside”, argues the Fund, explaining how it is not only the conflict but also the pandemic, the slowdown in China and the rise in interest rates that weigh on the outlook. Inflation is a “clear danger” for many countries: “it will remain high for longer than expected”.

This was stated by Pierre-Olivier Gourinchas, the chief economist of the IMF, underlining that the war has “increased the risk of a fragmentation of the economy into geopolitical blocks” with different standards, payment systems and currencies of reserves. High inflation will “complicate” the action of central banks, which will have to simultaneously contain price pressures and safeguard growth, adds the Fund, predicting inflation at 5.7% this year for advanced economies and at 8 , 7% in emerging and developing ones.

The war also sinks the economy of Ukraine and Russia. According to IMF estimates, after + 4.7% in 2021, Russian GDP will contract this year by 8.5% and the next by 2.3%. In January, the Fund predicted growth of 2.8% for Russia this year and 2.1% next year. A much more severe contraction will be experienced by Ukraine, which in 2022 will see GDP fall by 35%.

Biden feels allies and aims to reapply in 2024

In a video call lasting just over an hour, Joe Biden asked the allies for “support for Ukraine” and “efforts to make Russia pay for its actions”, insisting in particular on the supply of weapons. Committed to the Ukrainian crisis, the American president does not lose sight of domestic politics and is currently engaged in an offensive to regain his electorate.

With a tour of the United States to relaunch his agenda, Biden aims to lay the foundations for 2024. According to rumors, the president has confessed to Barack Obama his intention to reapply in 2024.

“He wants to run and is letting everyone know,” some sources said. Biden and Obama have had lunch together in recent days, but it is not clear when the president would have revealed his intentions to his former boss. Although down in the polls, Biden is believed to be the Democratic candidate with the best chance of beating Donald Trump should the tycoon decide to take the field.

Not this one, but next week should be a good one for launching a discussion among EU Member States on sanctions against Russian oil on the basis of a Commission proposal. There is still no date as there is still no proposal from the European executive.

President Ursula von der Leyen over the weekend, in an interview with Bild am Sonntag indicated that “the primary goal is to reduce Putin’s income, but oil is traded globally. What shouldn’t happen is that Putin applies even higher prices on other markets. This is why we are currently developing intelligent mechanisms so that oil can also be included in the next phase of sanctions “.

British intelligence informed the Johnson government of the beginning of a new phase in Ukraine marked by a war “of attrition that could last several months”. A spokesman for Downing Street said this, correcting the shot compared to previous predictions according to which Moscow, in the event of an initial failure, would run the risk of finding itself quickly without sufficient resources to continue the conflict. The defense minister of Russia replies: “It is the West that is doing everything to make the hostilities last”.

China once again rushes to Russia’s rescue: Beijing assures that it will increase “strategic coordination” with its “unlimited partner” and will do so regardless of international volatility.

The message was launched while the IMF and the World Bank are undergoing institutional spring work in Washington, and US Treasury Secretary Janet Yellen has made it clear that she will boycott some of the related G20 meetings scheduled for Russia. . The Chinese Foreign Ministry reported the contents of the meeting that took place Monday between its Deputy Minister Le Yucheng and the Russian Ambassador to Beijing, Andrey Denisov, during which Beijing reiterated its “friendship without borders” with Moscow, underlined in the statement joint agreement signed on February 4 by presidents Xi Jinping and Vladimir Putin, on a visit to the Chinese capital for the opening ceremony of the Winter Olympics.