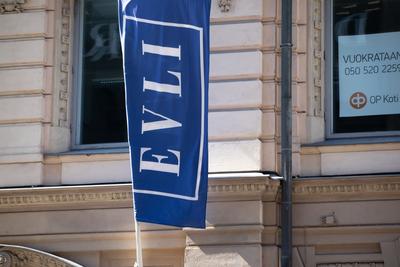 The married and EAB Group have signed a letter of intent today, 22 April 2022, under which the parties will explore the possibility of Evli and EAB merging.

The purpose of the signed letter of intent is to provide an opportunity to clarify the merger and its more detailed terms. The letter of intent does not oblige the parties to enter into the proposed Merger or any other arrangement.

With the potential merger, the new Combined Company, with its strong financial position and strong business operations, would have good prospects for growth.

The potential merger aims for permanent annual synergy benefits of approximately EUR 8 million, including increased revenue potential, possible reorganization of operations and overlapping IT and other infrastructure. It is estimated that the potential synergies could be achieved mainly from the beginning of 2023.

At the end of December 31, 2021, the customer assets under management of Evli and EAB totaled approximately EUR 20 billion. The companies currently employ a total of about 330 people.

“In addition to a strong offering of traditional asset management services, the combined company would achieve an even stronger position in the provision of alternative investment products as well as in remuneration consulting and personnel fund management,” the release says.

The proposed merger would be implemented through the merger of EAB with Evli.

According to the letter of intent, EAB’s shareholders would initially receive a total of 10% of Evli’s new Series B shares as consideration for the merger, and a maximum of EUR 3 million in cash consideration.

A preliminary exchange ratio, a cash consideration of up to EUR 3 million in addition to the new Evli Series B shares and a dividend right of EUR 2.35 million would mean a premium of approximately 21.2% for EAB shareholders compared to the closing price of the EAB share on 21 April 2022.