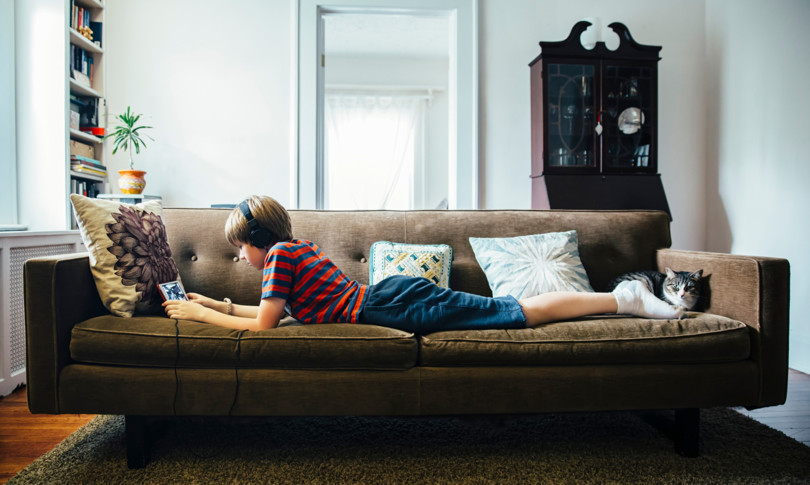 January 2019: after a quarterly report below expectations, Netflix explained that the problem is not so much the competition from other streaming platforms: it was necessary to deal with “all the activities that spend time in front of a screen”. The company said it feared more Fortnite than Hbo, more Youtube than Hulu.

Three years ago, Prime Video wasn’t as popular as it is today, Apple TV + and Disney + weren’t even launched. But that explanation from Netflix, then the ruler of streaming, is proving more correct than ever, even in light of its recent difficulties. Entertainment has become fluid.

If Auditel and Censis spoke of “television outside the television”, even digital contents have gone beyond their borders. Traditional broadcasters offer on-demand schedules that can also be watched on smartphones, while Youtube has stated that it wants to grow on connected TVs. Streaming, podcasts, music, tv. Undocked from a single physical device, they all vie for the same finished good: users’ time.

According to the latest data from Comscore, for January 2022, one in five minutes spent online is devoted to entertainment-related content. Only social networks (22.9%) do better. Over the past three years, the average time per visitor has increased by 44%. 18-24 year olds spend an average of 42 hours a month (over one and twenty a day) on sites and apps in the “Entertainment” category, from Netflix to Youtube to Spotify. The volume decreases with age: 20 hours between 25 and 34 years, 15 in the 35-44 age group and 12 over 45 years.

It is reasonable to think that digital content will continue to make room for itself, not just for personal reasons. Until a few years ago, it was necessary to pass through a narrow technological funnel: a large slice of Italians did not have access to the Internet or an efficient connection.

The funnel is still there, but it has widened: again according to Comscore, 96.2% of the Italian digital population (around 39 million users) used entertainment sites or apps. We are not yet at the level of television (97% of families, connected or not, have at least one television) but that is the way to go: total coverage.

All against all: what the Netflix crisis tells us

Online video is the most popular of all forms of digital entertainment. Youtube, which reaches 95% of the Italian digital population, is close to saturation. But there are also the platforms of national television groups, such as Mediaset Infinity (which reaches 29% of users) or RaiPlay (21%), and international ones, such as Netflix (24%). The company headed by Reed Hastings lost subscribers for the first time in ten years.

Netflix is ​​the leader of streaming in Italy: according to data from JustWatch, the share is falling but is still at 28%, similar to that of Prime Video (which, however, enjoys the Amazon deliveries included in the subscription) and almost double compared to Disney + (which however grows). It is true that competition between similar services has grown and that families have a limited budget to devote to subscriptions. But again: the race that counts most is the race to conquer time. According to Comscore, Netflix is ​​viewed for 3.5 hours per month. Much more than Prime Video (an abundant hour) but much less than Youtube (on which you spend over 16 and a half hours) and Spotify (about 14 hours).

Looking for the time you never had

Youtube and Spotify have a strong point that video streaming and (partly) television cannot count on: they can also be listened to. That is, enjoy while you are doing something else. It’s clear for Spotify, which produces audio content. But it is also true for Youtube, where in January about one in two Italian users clicked on a music content published by SonyBmg or Warner Music.

In a universe of fluid and increasingly saturated entertainment, in which time is the best thing to contend with, it is no longer enough to conquer the minutes available: you need to find others.