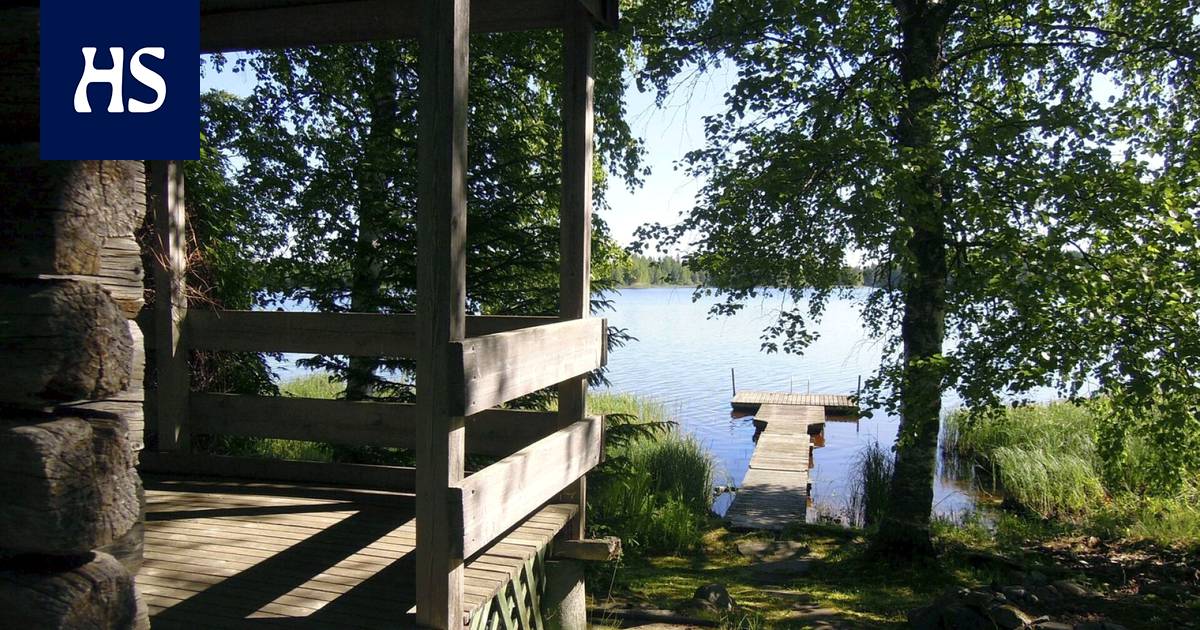 However, brokers expect the spring to arouse buying desires. The demand for good cottages suitable for year-round use exceeds the supply.

In two the cottage store, which had been going well last year, has started moving more calmly this year. According to the National Land Survey, about 250 private cottages were sold in January-March this year.

It is about a third less than in the same period in 2021. At that time, almost 400 beach cottages were sold in the first three months of the year.

In the previous two years, considerably more cottage sales have been made than in previous years. The coronavirus significantly boosted the trade in summer cottages.

While well under 3,000 cottages were sold before the corona in 2019, more than 4,000 beach cottages were sold in 2020 and almost 3,800 last year. Holiday tourism has recovered as corona restrictions waned. The approaching summer will show whether the summer cottage shop is in full swing.

Finland According to the market forecast of real estate agents (SKVL), the demand for cottages suitable for year-round use will accelerate as the spring progresses. Managing director Jussi Mannerberg estimates that the exceptionally snowy winter is a key reason for the weaker cottage trade than in previous years.

“For example, the archipelago has had a downturn and boats are not allowed on the water. It has therefore not been possible to introduce the island cottages to customers. Unploughed cottage roads are also a physical barrier in many places, ”says Jussi Mannerberg.

“There is clearly a desire to buy in the market. The cottages have not yet been put up for sale. It’s more about “when this year’s cottage store kicks off.

Finland According to statistics from real estate agents, a total of just over 440 cottage transactions were made in January-March. The figure includes all holiday home sales. At the beginning of the year, more cottage shops are typically made in northern Finland, but half a hundred cottages have also been sold in Uusimaa by the end of March.

According to Jussi Mannerberg, the cottage market was different last spring than usual due to the earlier spring.

“The market was also completely different. There were no economic trolls in the air and the corona bought everything that was for sale. ”

With buyers According to SKVL’s forecast, there are stricter requirements for the quality of the cottage than before.

“Interest in well-maintained beach areas is now clearer than before. In addition, we are looking for a cottage suitable for year-round use, ”says Mannerberg.

Korona and the war in Ukraine can also be seen in a way that they do not want to give up the cottages.

“We want to make sure there’s a place to go and get away from the big centers.”

Heritage cottages there have been major changes in valuation. As early as the beginning of this millennium, the cottages were transferred within the family or family to a new owner.

Now the popularity of the cottages has returned again, driven by the corona.

“They are valued again and a whole new market has emerged. Another big market is rental cottages. People buy cottages as an investment ”that earns rental income and can also be used by themselves.

“A cottage shop should never be done when there is snow on the ground.”

National Land Survey According to statistics, the plot sales of leisure buildings also picked up during the Korona period.

“There aren’t very many plots on offer. The best places have often already been built, especially on the shores of southern Finland, ”says Taisto Toppinen from the National Land Survey of Finland.

According to Toppinen, acquiring a year-round holiday home equipped with amenities increasingly requires the purchase of an old cottage.

“Renovating or replacing an old cottage with a new building is usually the only option left.”

The rubbing of cottage shops has accelerated this decade. In 2020, more than 4,000 beach cottages were sold, compared to more than 2,800 cottage sales in the previous year. The figures include beachfront holiday properties in the master plan and beach town plan area.

For the heart of winter The change of ownership of the cottages was a new phenomenon in Finland.

“It was a rather abnormal situation. A cottage shop should never be traded when there is snow on the ground. The buyer should be able to see the yard and the beach, ”says Toppinen.

In all counties, fewer cottages have been sold at the beginning of this year than at the same time last year. In one of the cottagers’ favorite provinces, Etelä-Savo, 65 cottages got a new owner in January-March last year. In the first three months of this year, almost half as many cottage shops have been made in South Savo.

“The situation has returned to normal. Admittedly, as long as there is snow on the ground, the forecast is pretty poor. The summer months then tell the real situation, ”Toppinen estimates.

Finland According to the bank, demand for cottage loans has been higher at the beginning of this year than last year.

“New cottage loans were raised in January-February by more than ten per cent more than in the corresponding period a year ago, Bank of Finland economist Markus Aaltonen reply by email. According to Aaltonen, the peak in demand for cottage loans falls in May-June. ”

“The numbers of loans are so small that large individual trades can be seen in the figures for the first half of the year,” Aaltonen estimates.

OP Financial Group’s statistics on applied cottage loans support sales statistics. The number of loans applied for the purchase and construction of holiday homes decreased by almost a third in the first quarter compared to the peak in 2021, the banking group said in a statement.