The crisis in the shadow of the Cedars, Lebanon is on the verge of crack 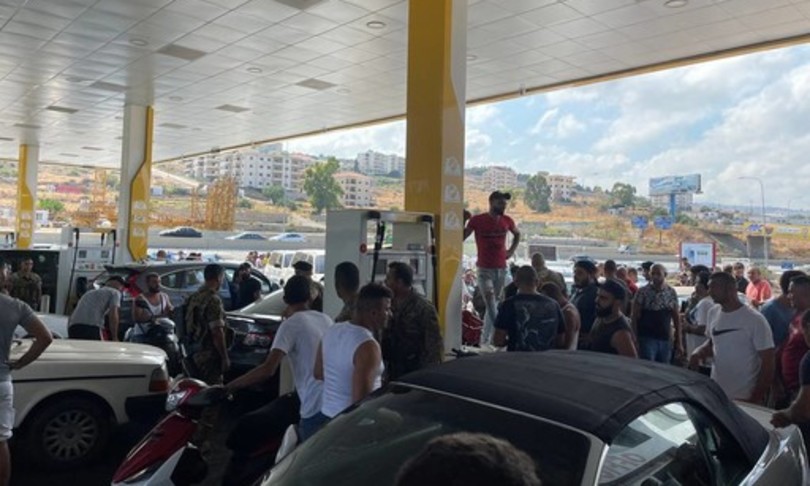 The economic crisis in Lebanon worsens, with the lack of gasoline that is triggering more and more anger and violence among the population. According to local media, fuel prices rose by up to 70% yesterday alone following yet another cut in public subsidies, with the cost of gasoline nearly tripling in the last two months since the central bank it has begun to cut its import support for lack of money.

To feed the tensions, the announcement on TV of the head of Hezbollah, Hassan Nasrallah, that Iranian fuel deliveries will arrive “in the days to come”. “The first ship, from the moment it sets sail until it is in the Mediterranean, will be considered Lebanese territory. I tell Israelis and Americans: it will be Lebanese territory, ”Nasrallah said. According to the Hezbollah leader, “the millions of liters of diesel and diesel seized by the Israeli army confirm that the crisis was created on purpose”.

According to many analysts, Lebanon is a country that has already failed. For others, crack is very close. What is certain is that the country is undergoing a severe and prolonged economic depression. According to the latest report from the World Bank, Bank Lebanon Economic Monitor (Lem), published in June, the economic and financial crisis of the country of the cedars is among the worst ever in history, even since the mid-1800s.

For some economists, Lebanese economists are in the top 10 of financial defaults, for others even in the top 3. “Faced with colossal challenges, persistent political inaction and the absence of a fully functioning government continue to aggravate already disastrous socio-economic conditions and a fragile social peace with no clear turning point on the horizon, “writes the Washington institute.

The title of the World Bank report does not bode well: “Lebanon Sinking: To the Top 3”. The publication presents recent economic developments and examines the country’s prospects with associated risks. For over a year and a half, Lebanon has faced different challenges: the largest economic and financial crisis in peacetime, the Covid-19 pandemic and the explosion of the port of Beirut, which occurred on August 4 last year.

As highlighted by international observers, all the political and economic responses of Lebanese politics to these challenges have been completely inadequate and unsuccessful. There has never been a consensus on effective political initiatives in the country. The unity of purpose, on the other hand, was found in the strenuous defense of a bankruptcy economic system which continues to favor the few to the detriment of the majority. To make matters worse, one prolonged civil war which has aggravated increasingly disastrous socio-economic conditions that risk provoking systemic national failures with regional and potentially global effects.

The merciless numbers of the World Bank

The numbers of the World Bank leave no way out and outline a scenario with many shadows. The institute estimates that in 2020, GDP contracted by 20.3%, after a decline of 6.7% in 2019. In fact, Lebanese GDP collapsed from nearly $ 55 billion in 2018 to about $ 33 billion in 2020, while GDP per capita fell by about 40%. Such a strong contraction is usually associated, the World Bank explains, with conflicts or wars. “Monetary and financial conditions remain highly volatile; in the context of a system of multiple exchange rates. “The World Bank’s average exchange rate depreciated by 129% in 2020. The effect on prices translated into a surge in inflation, with an average of 84%. 3% in 2020. Subject to exceptionally high uncertainty, GDP is expected to contract by a further 9.5% this year as well.

“Lebanon faces a dangerous exhaustion of resources, including human capital, and highly skilled workforce are increasingly inclined to seize opportunities abroad, creating permanent social and economic loss for the country, “said Saroj Kumar Jha, regional director of the World Bank’s Mashreq.” Alone. a reformist government, which embarks on a credible path of economic and financial recovery, and which works closely with all the parties concerned, can reverse the course of a further fall and prevent greater national fragmentation “.

Conditions in the financial sector continue to deteriorate. The burden of the ongoing adjustment in the financial sector is highly regressive, concentrated on the smallest depositors, the majority of the workforce and SMEs. More than half of the population is below the national poverty line, with most of the workforce – paid in lire – suffering from the collapse of purchasing power. With the unemployment rate on the rise, a growing share of households are facing difficulties in accessing basic services, including health care in this more important time than ever.

The provision of essential public services is fundamental for the well-being of citizens. The sharp deterioration of basic services will continue to have long-term implications: mass migration, loss of learning, poor health services, lack of adequate safety nets. Permanent damage to human capital, the World Bank points out, would be very difficult to recover. And perhaps it is precisely this dimension of the Lebanese crisis that makes it unique compared to others.

Because Middle Eastern Switzerland is on the verge of collapse

The reasons for the collapse of a country that was once known as the Switzerland of the Middle East are manifold. Corruption made it impossible, after the civil war that lasted from 1975 to 1990, a strong recovery also because the strength of the country was the human capital, now at the end, and services. Some economists have spoken of Lebanon’s financial system as a nationally regulated Ponzi scheme, where new money is borrowed to pay off existing creditors. It works until the fresh money runs out.

After the civil war, Lebanon has tried to put its public finances in order, with tourism, foreign aid, the financial industry and the generosity of the Arab states of the Gulf, which have financed the state by supporting the reserves of the central bank of Beirut. Another reliable source of dollars was the remittances of the millions of Lebanese who went abroad to work. Even during the 2008 global financial meltdown, flows into Lebanese banks continued.

Remittances started to slow down starting in 2011, with the political deterioration of the area and the fall into the chaos of neighboring Syria. The Gulf Sunni Muslim states have drifted apart due to growing influence in the country of Iran, through Hezbollah, the armed Lebanese Shiite group whose political power has grown dramatically. The budget deficit skyrocketed and the balance of payments sank even further. That was until 2016, when banks began offering higher interest rates for new dollar deposits, an officially accepted currency in the economy. All this while in other parts of the world rates were moving towards zero. The dollars have started to flow again and the banks to finance the ever increasing spending. High interest rates must never be paid. And now the bill has been served.