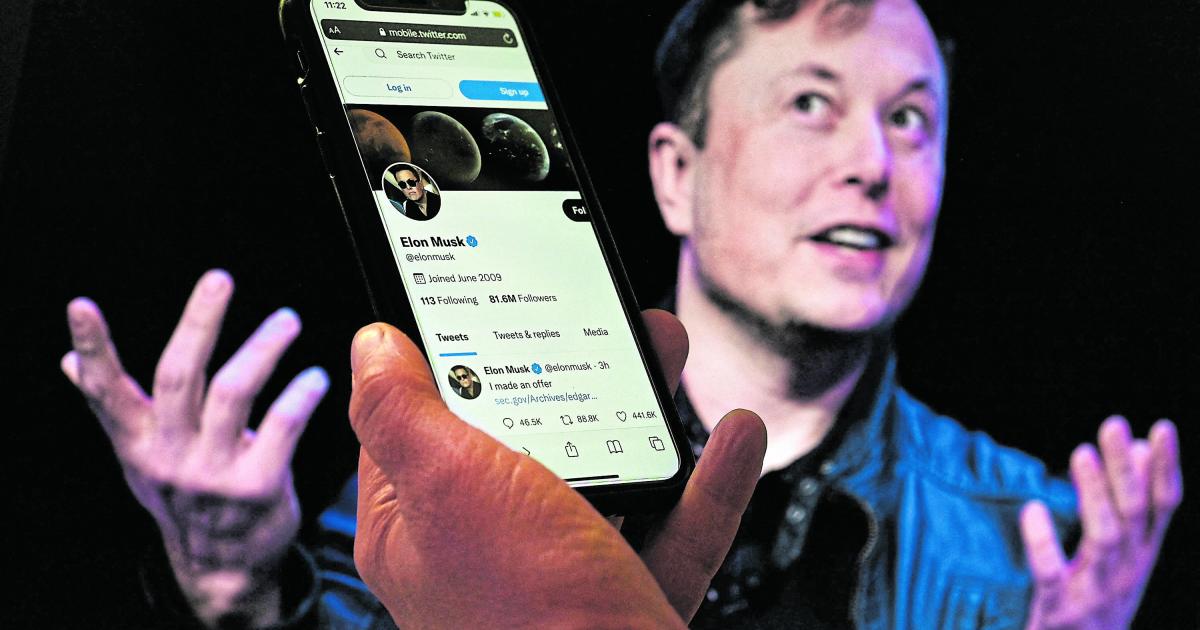 The Twitter board of directors had already rejected the purchase offer. Now it seems to be heading towards the finish line

Not a hopeless plan: Apparently Elon Musk is getting closer to his goal. Despite initially vehement resistance from Twitter. The deal could even be finalized this week, according to the Wall Street Journal. The Bloomberg news agency shared similar information. Twitter is suddenly much more open to the tech billionaire’s takeover plans. The financing commitments presented last week in the amount of 46.5 billion dollars (43 billion euros) should also have led to a change in direction.

As reported, Tesla boss Elon Musk has already bought around nine percent of the news service (on which he is followed by 83 million users) and made it clear that he wants more. By far the richest man in the world, he “can technically afford the 42 billion dollars for Twitter”.

An announcement that many acted as an inside joke. The number 420 is a code for marijuana in America. The 20th of April, which is written in English 4/20, is considered the “Pot Holiday”, as the “holiday of potheads”, explained the Süddeutsche Zeitung. A few years ago, Musk had already announced that he would take Tesla private at a price of 420. Shortly thereafter, in an interview with New York Times reassuring (and saving his reputation) for the best that weed is bad for productivity. Only to hit a joint during an interview a few weeks later.

Those who lost money with cryptocurrencies can sing a song about this after the Tesla boss sent prices up and down with his cryptic tweets.

However. Most recently, Musk had offered $54.20 per Twitter share instead of $42. And emphasizes that this is his last offer.

Rich but not liquid

It is also clear that Musk is very rich, but not sitting on a mountain of money like Scrooge McDuck. About half of his wealth is in shares in Tesla and his space company, SpaceX. So even the richest man in the world has to borrow money to get his hands on Twitter.

The question remains why the 50-year-old self-made billionaire wants to buy a not particularly profitable news service. Because he wants to make it a “global platform for free speech,” Musk announced. As always when it comes to the eccentric businessman, it sounds like an announcement with a lot of room for interpretation. Twitter has been criticized by Donald Trump supporters for banning the former US President from his favorite platform. Because he sympathized with those who stormed the US Capitol in Washington. Musk said succinctly that he thinks “timeouts” are better than permanent exclusions.