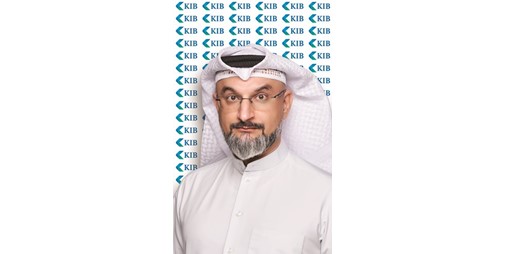 A recent real estate report issued by the Kuwait International Bank (KIB) confirmed that since the start of real estate transactions, during the pandemic period, the residential real estate sector in Kuwait continues its upward trajectory to achieve leaps and trades that exceed the levels they were in before the crisis, as a result of the economic recovery that the country is witnessing with the return of Life is back to normal during the new year.

The report added that several factors contributed to the rise in residential real estate prices, the most important of which is the increase in demand by citizens with the scarcity of land supply, in addition to the tendency of many of them not to reside in new and remote areas, offered by the Public Corporation for Housing Welfare, in addition to the re-entry of investors These properties are larger than before due to the high returns and the lack of periodic expenses compared to investment and commercial properties, with the absence of rewarding investment opportunities in the local market at the present time, which has contributed to a further increase in prices for lands with distinctive locations.

In this regard, M. Ali the person, director of real estate appraisal at Kuwait International Bank (KIB), stated that some areas witnessed increases in trading ranging between 20 and 30% during the past six months, which include the areas of East Al-Qurain (Al-Maseel, Funaitees, and Abu Fatira) and some areas in the Capital Governorate. Private housing contracts in the last two quarters of last year amounted to 3,637 out of a total of 8,451 contracts, as private housing contracts represented 86.9% of the total real estate contracts for 2021.

Parallel to the rise in private housing lands, KIB indicated in its report the increase in the general cost of construction, which came due to the high prices of raw materials for construction, such as iron, cement, aluminum and others, not to mention the cost of labor, which prompted many citizens to buy ready-to-move-in homes in areas Their prices are still within the reach of this segment of them, which is based in the governorates of Ahmadi, Jahra and Farwaniya, knowing that those areas near the capital are witnessing a continuous high rise due to the lack of supply and high demand.

The KIB real estate management report also made a comparison showing the rise in the average starting price per square meter of residential land, between the middle and end of last year, where Jahra governorate recorded the highest rate of change, compared to Ahmadi, which witnessed the lowest rate, and it was found that the capital governorate is still leading The list of initial prices for lands, with the highest price reaching 1050 dinars per square meter by the end of 2021, followed by Hawalli Governorate, which reached 981 dinars per square meter.

The report also showed that there is a great discrepancy in the rates of the primary prices per square meter for private housing vouchers in the various governorates of Kuwait, ranging between 1800 and 2400 dinars (one street – a corner) in the Shuwaikh residential area.