US GDP revised upwards, + 6.6% in the second quarter 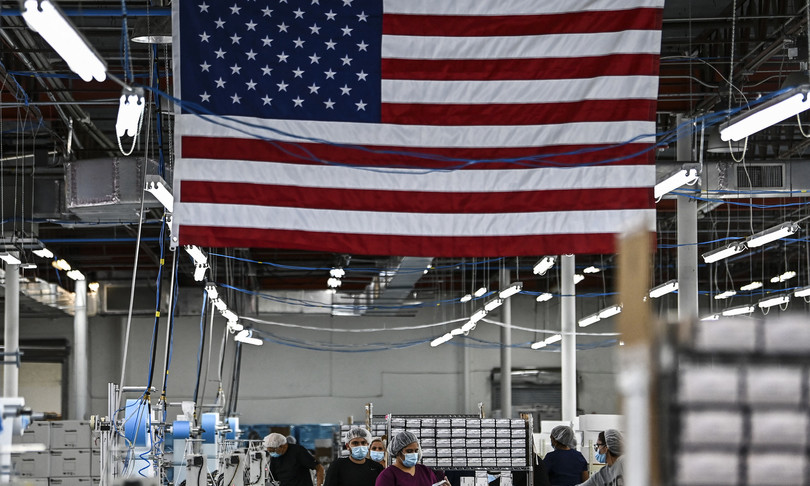 – – The US economy grows faster in the second quarter, with the level of gross domestic product above the pre.pandemic peakdriven by massive fiscal stimulus and Covid.19 vaccinations. GDP in the April.June quarter increases at an annualized rate of 6.6%, the Commerce Department said in its second estimate.

The figure has been revised upwards compared to the first estimate which marked + 6.5%, however, it is below the expectations of analysts who expected growth at a pace of 6.7%– GDP, on the other hand, rose by 6.3% in the first quarter, making up for the heavy losses suffered during the two months of recession caused by the pandemic.

The pace of consumer spending increases

Consumer spending, which accounts for more than two.thirds of the U.S. economy, has also received a boost from vaccinations, which have fueled demand for services such as air travel, hotel accommodation, dining out and entertainment. – But momentum appears to have slowed early in the third quarter amid a resurgence of new Covid.19 cases due to the spread of the Delta variant.

Not only, persistent ‘bottlenecks’ in the supply chain are causing shortages of goods such as cars and some appliances, hurting retail sales. Credit card data suggests that spending on services like airline tickets, cruises, and hotels and motels is slowing.

The new applications for unemployment benefit, on the other hand, have risen to 353,000 units in the week ending August 21, from 349,000 the previous week (revised from the initial 348,000 units). Analysts had expected an increase to 350,000 units. Between 15 and 21 August, therefore, 4,000 more people applied for subsidies. The total number of unemployment benefit recipients also increased, with 12 million people at the beginning of August, 182,165 more than the previous week, according to the latest available data, also released on Thursday.

Despite the weekly increase recorded, “the general trend is decreasing, with the whole wave of Covid linked to the Delta variant”, observes Ian Shepherdson, economist at Pantheon Macroeconomics. In fact, he points out, companies prefer to keep their employees, because “they can’t be sure they can hire the people they’re firing now.” Many employers are still struggling to find candidates for vacancies, especially those with the lowest pay.