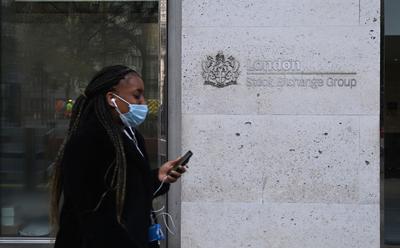 In the morning, several European banks reported their figures for the first half of the year.

HSBC, listed in the UK, among others (-2.5%) performed better than expected. Adjusted earnings before taxes were $ 4.71 billion, compared to analysts’ expectations of $ 4.49 billion. However, the result decreased by as much as 27 percent from the comparison period.

The result of the Swiss UBS (+ 1.5%) was also higher than analysts’ forecasts. The company had net income of $ 2.1 billion, compared to an expected profit of $ 1.9 billion.

According to the news agency Bloomberg, the company’s key asset management business suffered from reduced customer activity and rising costs.

AB Foods (-2.7%), which operates in the food industry and retail, also reported figures. Adjusted operating profit for the first half of the financial year was in line with forecasts, but the company warned that inflation would gnaw at margins in the second half.

Google’s parent company Alphabet and Microsoft, among others, will announce their results in the United States today. Macro data are not available for Europe today, but durable goods statistics for the United States will be released in the afternoon in March, new home sales in March and consumer confidence figures for April.

In the United States, the futures for the S&P 500 general index fell 0.4 percent.