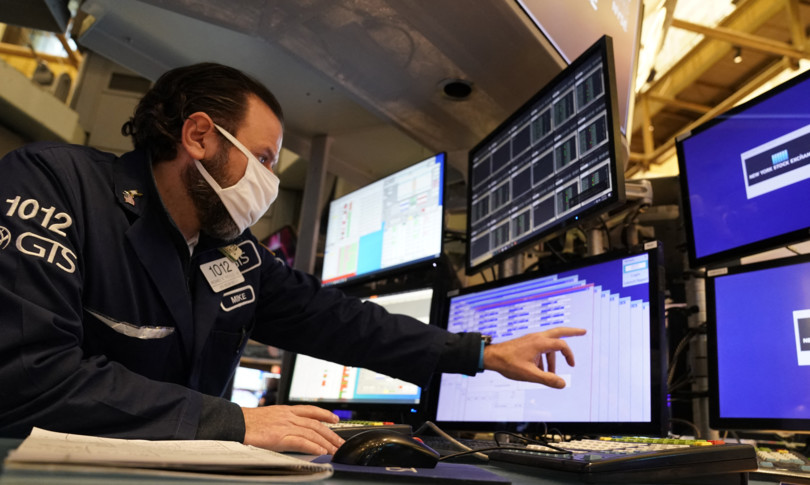 The markets are trying to react, thanks to the rebound of technology on Wall Street and despite the fear for China, after the increase in Covid cases in Beijing.

Investors remain concerned about the aggressiveness with which central banks try to tame inflation and the risk that the worsening of the conflict in Ukraine could translate into a slowdown in the global economy.

In Beijing, fears are growing that the Chinese capital could be put under close surveillance like Shanghai and mass tests have been launched on Covid for almost all of its 21 million residents. Meanwhile, the yuan is recovering some ground on the greenback, after suffering its biggest loss since 2015.

The People’s Bank of China has strengthened it cut bank reserve ratios on deposits in foreign currency and today assured that it will strengthen support for the real economy and in particular that aimed at small businesses affected by Covid-19.

Futures on Wall Street rose slightly after closing a volatile session higher. In particular, the Nasdaq which last week had fallen in the bear market, which had lost more than 20% compared to its last peak, rebounded by 1.29%.

To bring interest back to the big tech was the green light from Twitter to an offer of 44 billion dollars by Elon Musk. The first beneficiary is Twitter, the protagonist of a jump of 5.66%. However, the purchases extended to all the major stocks in the sector: Alphabet rose by 2.87%, Microsoft by 2.44%, Amazon by 1.19%, Meta by 1.56% and Apple by 0. 67%

On the other hand, oil stocks remained under pressure in the wake of the decline in the WTI, set at Nymex below the $ 100 a barrel threshold for the first time since last April.

In addition to fears that new lockdowns in China could slow global demand, markets are watching the Fed meeting on May 4 with alarm. the US central bank could raise interest rates up to 0.75% against the 0.50% already accounted for by the market and practically made official by Jerome Powell.

These fears overshadowed Emmanuel Macron’s victory in France, as demonstrated by the -2% of yesterday’s closing in Paris and -1.5% in Frankfurt and Milan. However, futures on the EuroStoxx 50 are also up by about a quarter of a point this morning, showing that perhaps the wind has changed. The yields on 10-year T-bones also drop to 2.8%, while the 10-year BTP rate drops to 2.5% and the spread tightens slightly to 172 points.

Meanwhile, UN Secretary General Antonio Guterres, who was in Ankara to see Erdogan, expresses support for Turkey’s diplomatic efforts and will be in Moscow with Vladimir Putin. Erdogan will also hear Putin by telephone, to return to ask him for a ceasefire, while Joe Biden will take stock of the war with the newly re-elected holder of the Elysée.

Alphabet data will be released on Wall Street today, waiting for the data of all the big names to be released this week, including Amazon, Apple and Meta. Macro data on the sale of new homes, orders for durable goods and consumer confidence from the Conference Board are also arriving from the US.