Argentina: Before the UIA, the government justified the unexpected income tax 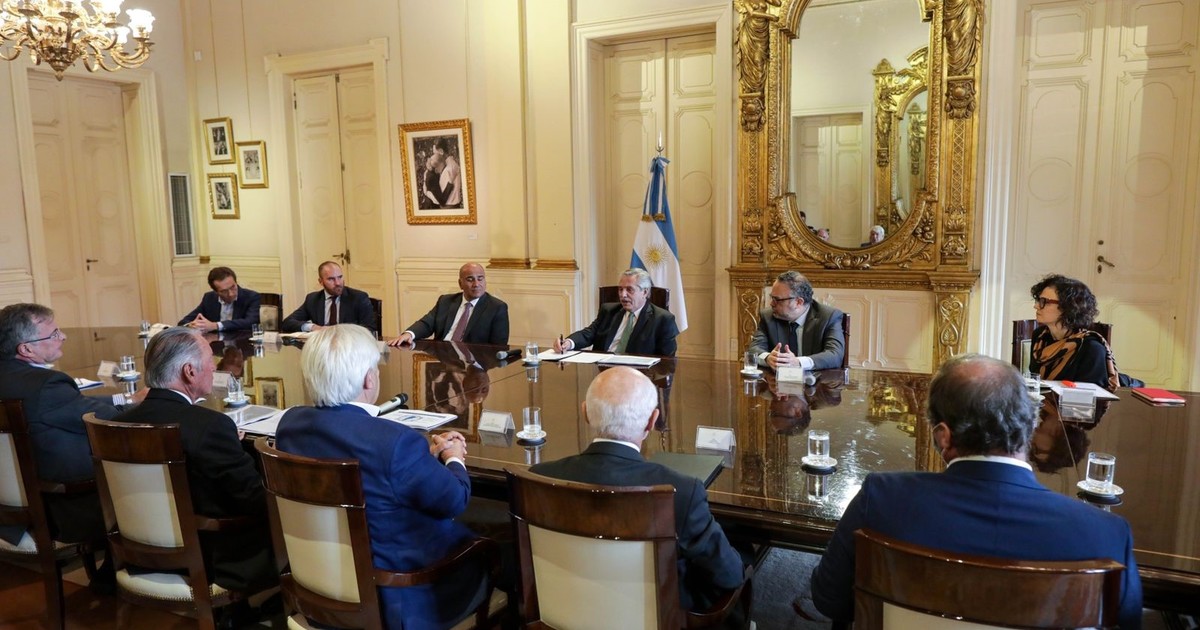 Despite assurances from the government and the business sector that there would be no unexpected income tax, Cecilia Todesca Bocco, the secretary of foreign economic relations, defended the idea again yesterday afternoon before the president of the UIA, Daniel Funes de Rioja. At the end of a meeting with the industrial facility in the Casa Rosada, the President and part of his cabinet were asked a series of questions by the press.

“It is a good alternative to put on the table, and we will see when the specific project is ready,” Todesca explained when asked by Clarn and other media. “We are only talking about those companies with super extraordinary profits linked to this particular situation of price increases, and, as the minister said, it is a very small group of companies,” Todesca said.

The economist of the albertista nucleus, who works in the Foreign Ministry under Santiago Cafiero’s wing, took a different stance than Funes de Rioja had voiced minutes before in the Rosada’s courtyard. Next to her, the industrialists’ head insisted that “anticipated income was not discussed,” but added that “the UIA’s position is not to impose more taxes” and expressed “worry” about the accumulation of taxes at the national, provincial, and local levels.

The meeting began at 4:00 p.m. in the Eva Perón room, amid a climate of uncertainty following the rural tractor’s rejection of an eventual increase in tax pressure and business signals against Martn Guzmán’s initiative to tax the profits of companies with profits of more than $1,000 million in 2022, as a result of price increases caused by the Ukraine war.

Todesca, who had a singing voice during the meeting, then got into a tax dispute with the industrialists, who had questioned the existence of 165 taxes in Argentina in the previous few hours. “Argentina’s tax burden is lower than the OECD average and higher than that of other nations in the region, but this is due to the existence of social security and health benefits,” he remarked following the conclave.

Guzmán was joined at the meeting by his chief of staff, Juan Manzur, the minister of Productive Development, Matas Kulfas, and the secretary of strategic affairs, Gustavo Béliz. The Minister of Economy did not speak about the fiscal measure on which his team collaborates with the AFIP, and industrialists avoided queries about it in the pink. One of them explained, “Why shove your head in the lion’s mouth?”

The “white paper,” a document featuring industry suggestions to boost investment, exports, and employment through exchange, tax, and labor incentives for companies, served as the central axis of the discussion. Through an unemployment fund, Funes de Rioja suggested a “instant incentive” for productive investments, as well as a two-year decrease in social costs for hiring young workers.

The weather was “excellent,” according to Miguel Rodrguez, Luis Betnaza, Adrián Kaufmann Brea, Luis Tendlarz, David Uriburu, Isaias Drajer, Carlos Garrera, Juan Matas Furió, and Guillermo Moretti, who were part of the government and corporate delegations. However, when the industrialists demanded answers for the dollar quotas used to pay for imports supervised by the Central Bank, there were some counterpoints.

Businessmen say that, in the face of rising inflation, they can acquire fewer and fewer kilos of supplies with the dollars approved by Miguel Pesce since the latest adjustment in March that complicated the supply of medicines. “There are those who no longer have a quota because they have run out, and supplies are in short supply in some areas; the problems will be visible in the next three months,” one of the industrialists predicted.

There was also concern about gas supply in the winter, particularly as large industries renew contracts in an unfavorable environment due to rising energy prices, and it was agreed to convene a meeting in May with the portfolio of Productive Development and the Secretary of Energy to develop a contingency plan that could include early vacations and scheduled cuts if necessary.

“The gathering reviewed the issues brought on by expansion, such as the need to invest, pay taxes, and be able to import and sell. It is critical that we hold these meetings and that the UIA provide its suggestions,” Todesca stated in a statement issued by the Presidency.