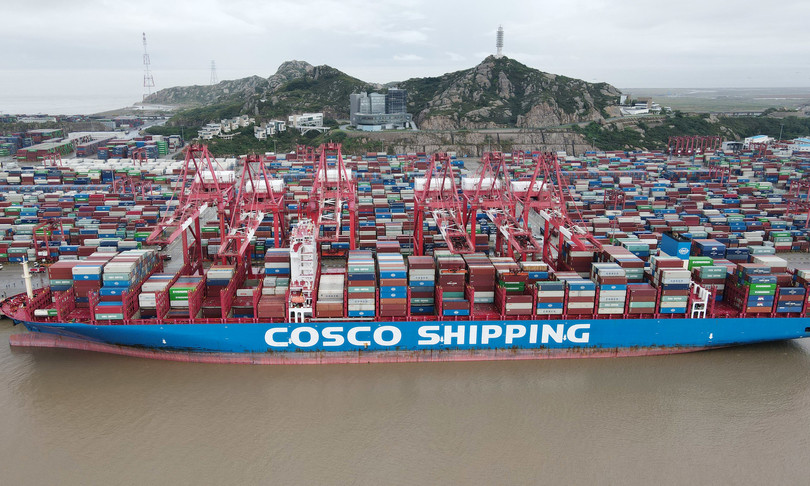 About one million containers per year will no longer be able to be shipped from China to Europe by rail through Russian territory due to the sanctions imposed on Moscow after the invasion of Ukraine. This was reported by ExportUSA, a consulting company that supports about a thousand Italian companies in the American market. The company has estimated that these containers will have to be shipped to Europe by sea, exacerbating an already critical situation both in terms of costs and in terms of physical availability of containers.

Sea freight rates from China to California, a note read, quadrupled compared to a year ago. And in February 2022, and even earlier in September last year, the increase compared to the previous year had already been tenfold. The average cost of shipping a 40-foot container from Shanghai to Los Angeles in the period January 2011 – March 2021 was $ 3,500. Currently, it ranges from $ 18 to $ 20,000. An emergency that also affects hundreds of Italian companies working in the United States.

As regards current shipments from Italy to the United States, the export USA note still reads, the cost of shipping containers varies from port to port: from 10 to 12 thousand dollars against the 3,500 dollars of the situation prior to the crisis generated by the pandemic. . While there is a variation from 14 to 15 thousand dollars from internal point to internal point.

“These are the most current estimates. We specify, however, that following the closure of the port of Shanghai, there are currently 500 container ships blocked: shipping costs could therefore further increase”. Not only that: this recent closure could lead to the blocking of entire productions, resulting in stalls on construction sites and, consequently, of supply chains on a global scale.

Lucio Miranda, president of ExportUSA explains: “The context and the regulatory structure to overcome the problems related to the supply chain already exists: there is no need to invent the wheel. It would be enough to insert yourself in the Report on the state of the supply chain published by the White House on February 24, 2022, within which the main federal agencies have identified the product categories for which there is a criticality in the American market. I would like to underline that within the report drawn up by the White House, the orientation of the Biden Administration is to overcome offshoring by aiming at Friend Shoring. Therefore, all the conditions exist to deepen the dialogue with the United States in a concrete way, presenting the Italian companies active in the product categories concerned “.