The seven increases that are coming in May, from the expenses to prepaid and schools 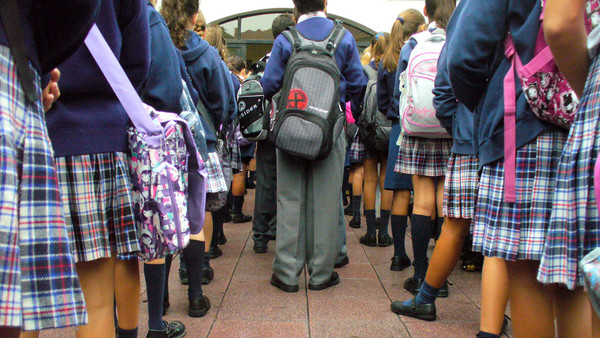 Change the month and with May come some increases that will once again put pressure on inflation that was 6.7% in March and is estimated at 5% for April. The fifth month of the year will have at least 7 guided adjustments: rents, expenses, CNG, employees of private homes, telephony, cable TV and internet, prepaid and Buenos Aires schools. The latter will have retroactive increase in March.

As long as the current rental law, which is opposed by both tenants and owners, is not modified, the contracts are updated once a year through the index for lease contracts (ICL). Updates are made every year, coinciding with the date of signing the contract.

For the parity of building managers, in April the expenses registered a rise of 20%. However, the consortia will make this increase effective in the month of May, that is, the impact will only be felt this month.

Doormen of a building clean the streets. Photo Lucia Merle

The second increase it will be in june, but will be paid in July. That month the expenses will rise another 15%. This was confirmed by the Civil Association of Horizontal Property Consortium Administrators (AIPH).

After the increases of 12% in March and 6% in April, workers in private homes will receive a new increase of 9% in May. that hike It adds to the 50% already increased in the parity year of the sector, which runs from June 2021 to May 2022.

Furthermore, as new negotiations begin for the 2022/2023 period, a 15% rise is expected from June, Sources from the Ministry of Labor indicated.

The price of compressed natural gas (CNG) will increase by 15.5% at service stations in the month that begins on Sunday. In this way, the value of the cubic meter (m³) will reach $50 in the City of Buenos Aires, while in the Interior the increase will average $67. The value per m³ in Mar del Plata would reach $80, the same as in other provinces, such as La Rioja.

This rise is due to the pending update due to the rise in gasoline last time. So, it is estimated that depending on each province, the value could increase between $6 and $7.

The Government authorized Internet, television and telephone companies to apply two increases of 9.5% each for rates. Resolution 725/2022, signed by the National Communications Entity (ENACOM), indicates that companies will be able to apply a 9.5% hike in May and a similar one in July. This provision corresponds to Internet firms, cable and satellite television, and fixed and mobile telephony.

The uploads will be for any of the plans of the postpaid and mixed modalities, by up to 9.5%, taking as a reference the current and authorized prices.

On the last business day of April, new increases for May were added. One of them was that of private medicine companies. The Ministry of Health authorized an 8% odds increase from Sunday.

But it will not be the only one: the prepaid ones have already made sure rises of 10% for June and 4% in July. As of that month, in addition, there will be bimonthly increases based on a new index to be prepared by the Superintendence of Health Services.

This year, up to April, prepaid installments increased by 22.5%: 9% from January, 6% from March 1st and another 6% from 1% in April, also cumulative. If these 3 new increases are added to July, the accumulated will be 51.3%.

Some 4,000 educational centers in the Province were authorized to raise the monthly fee.

The province of Buenos Aires authorized staggered increases of 25% until September in the fees of private schools that receive subsidies. And the impact on the pockets will be harder because the first increase, of 8%, is retroactive to March. Then there will be another increment of 8% from July and 9% in September.

A part of the retroactive will be paid in the May invoice and another in June. Thus, the ballots for May and June will have an average increase of 16%.

The official decision reaches over 1.5 million students that attend in the unofficial management system. It’s almost 6,200 establishments of initial, primary, secondary or tertiary education that work in the Buenos Aires territory and that receive contributions from the government to pay the salaries of teachers and professors.