The Helsinki Stock Exchange experienced a sudden collapse: The error of an individual player triggered a sharp reaction 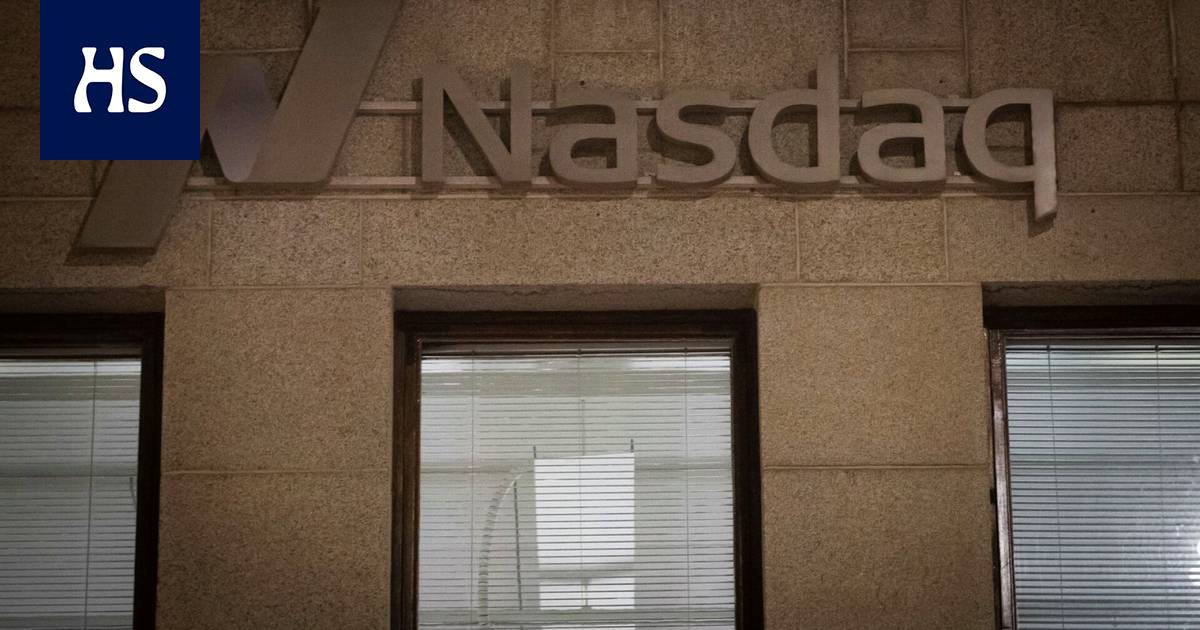 In addition to Helsinki, prices collapsed momentarily elsewhere in the Nordic countries and partly also elsewhere in Europe.

Helsinki the stock market experienced a large-scale sudden collapse on monday morning as the prices of many companies squatted at the same time. The general index of the Helsinki Stock Exchange fell by about 6.5 per cent in a few minutes, but quickly recovered close to the morning level.

A similar rapid decline was also seen in the Stockholm, Oslo and Copenhagen stock exchanges, as well as in a more subdued one in many European stock exchanges outside the Nordic countries.

President of the Helsinki Stock Exchange Henrik Husman says the collapse was triggered by the fault of one actor.

“This was a reaction from an individual party.”

Nasdaq has been in contact with the party that initiated the reaction, but will not disclose its name. However, it is a big stockbroker.

According to Dagens Industri the actor behind the mistake would be American banking giant Citigroup. HS has not confirmed the information.

The trades that triggered the market reaction were stock trades, not derivative trades.

Sudden market crashes are not uncommon, and they have a well-established name: “flash crash”. However, the sudden drop on Monday was completely exceptional in the Nordic market.

Nasdaq there are no cancellations of trades made during the collapse.

The failed trader did not request the cancellation of the trades and Nasdaq is not taking the initiative.

According to Nasdaq’s Husman, the decision was intended to be quick because uncertainty weighs on market participants. Investors easily end up following up on trades made.

“It has a certain value that the integrity of trades made on the stock exchange can be trusted. The premise is that they are not easily canceled, ”says Husman.

In progress The sudden collapse was accompanied by control mechanisms that monitored changes in market prices, ie volatility.

In professional parlance, they are called “waves”.

“They’re designed to slow down and dampen the intensity of reactions,” Husman says.

If the price movement exceeds certain limits, the exchange will move from continuous trading to a short auction phase. This was the case on the Helsinki Stock Exchange, at least for UPM, Stora Enso, Kone and Kesko.

However, as so often in the market, the initial reaction triggered a chain reaction. According to Husman, one party triggered a drop in stock prices, but other players set out to intensify it before the backlash came.

“As for Helsinki, it seems that this was initially caused by a single player in about eight shares. The impact was then much broader. In other shares, other players contributed to the reaction. ”

ON:n chief analyst Antti Saari says that the sudden collapse may be due, among other things, to the fact that last trading week ended in a sharp drop in the United States. In addition, certain markets, such as the London Stock Exchange, are closed today, reducing trading volumes.

“When bid levels are weak and limited, this can happen.”

Many investors use trading algorithms that can amplify movements.

“If the algorithms interpret that now it starts from the bottom, they will hit the stuff themselves for sale after that. Because of that, the decline may become steeper than it should otherwise, ”says Saari.

The most famous the sudden collapse is in 2010 flash crash In the United States, during which the world’s largest stock market fell for a moment by about ten percent.

At the time, there were no similar control mechanisms in place in the U.S. market that were activated on Monday in Europe.

“This will certainly elevate the debate in Europe more broadly to see if these waves are at the right level. The time for this review is later, ”says Husman.