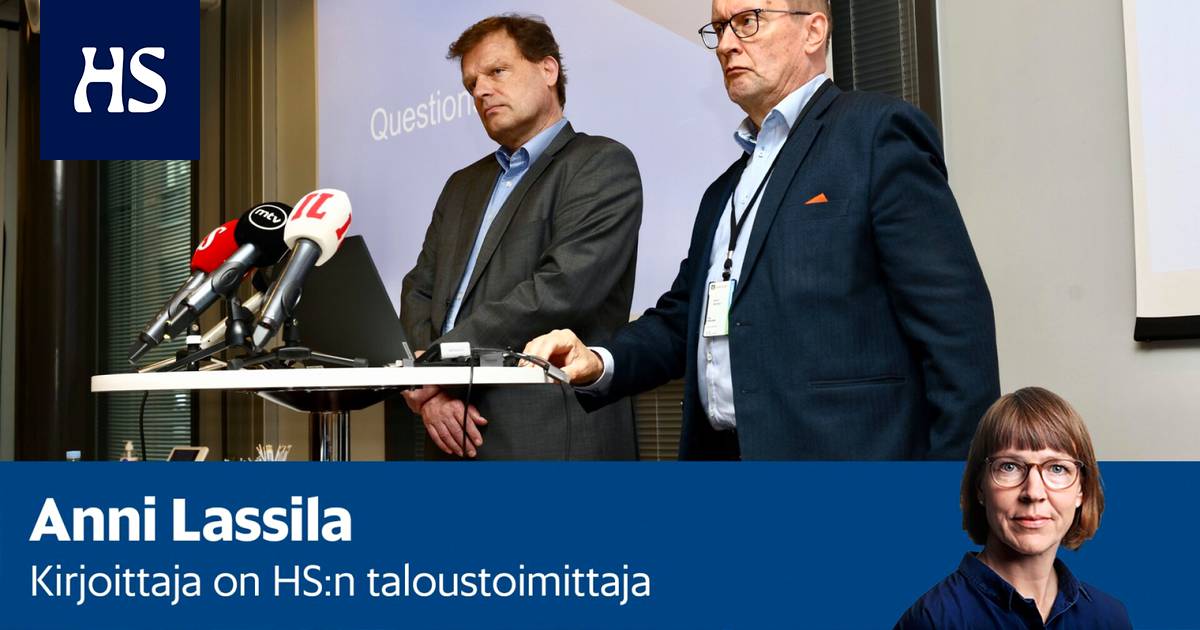 The failure of a nuclear power project will not derail Finland’s lofty emission reduction targets. According to Anni Lassila, a financial writer at HS, the Russian state hints to legal action against Fennovoima in its press statement.

Fennovoiman managing director Joachim Specht and Chairman of the Board Esa Härmälä were in the center of the mouth on Monday for a news conference. Terminating a power plant deal worth more than EUR 7 billion is no minor task.

Agreement Härmälä claims that his dismissal was based purely on the Russian company Raos Project’s delays and inability to complete the power plant project. The Raos Project is a subsidiary of Rosatom, Russia’s state-owned nuclear generating enterprise.

Both the plant’s engineering design and the documents required for the permit process have been substantially delayed from the start. The plant’s construction is still in its early stages after eight years.

There have also been issues with bill payment at the power plant site this year.

Rosatom afterwards published a statement expressing its “extreme disappointment” with the outcome. Fennovoima’s decision was made without contacting the project’s major shareholder, namely itself, according to Rosatom. The reasons behind the decision, according to Rosatom, are entirely unfathomable.

The grounds for dismissal are “quite clear,” according to Härmälä. Even yet, the end game can be tedious and filthy, especially if Finland’s NATO application and accompanying influence activities are jumbled up.

Although the attack on Ukraine did not directly influence Fennovoima’s decision, and Härmälä stated that the firm was not coerced in any way, nuclear power is and has always been the most political.

In the 1970s, President Urho Kekkonen placed an order with Russia for the Loviisa nuclear power station.

The nuclear power sector in Russia is inextricably related to the nuclear weapons industry. The administration directs Rosatom, which is led by President Vladimir Putin.

As Russian forces converged on the Ukrainian border throughout the winter, the construction of a Russian nuclear power plant began to seem like an increasingly poor idea.

At the very least, when the strike began, it was evident that buying nuclear technology from a state engaged in unpredictable combat would be unacceptably risky.

In March, Minister of Employment and the Economy Mika Lintilä (Central) announced in parliament that the power plant would not be built.

Some publicly traded corporations who are partners in the power plant project have already written down their investments.

Ultimately, only Fennovoima was able to make the decision to put the project on hold indefinitely.

For the time being, the large-scale industry that controls the Olkiluoto nuclear power station will not be supporting a new nuclear power project.

Here’s the deal: Shareholder funds of EUR 600-700 million have already been poured into the site pit and structures. Russia is responsible for more than a third of this.

Rosatom’s subsidiary owns more than a third of Fennovoima.

The remaining funds came from Finnish investors, notably energy corporations in a number of towns. Municipalities have expressed their displeasure with the money being poured into the condemned project.

Some have wished for a continuation of the initiative. A western corporation may theoretically be commissioned to build the power plant.

Even if the project is wholly new in terms of permissions, it may be possible to reuse some of the existing structures.

Fennovoima President and CEO Joachim Specht (front) and Chairman of the Board Esa Härmälä will depart the press conference in Helsinki on Monday. HS photo by Sami Kero

However, there are a few detours along the way. First and foremost, a replacement for the 34% of Russians should be found. It’s probable that it won’t be achievable, as Fennovoima’s board of directors hasn’t been particularly filled since the plant’s original builder, Eon, pulled out in 2013.

For the time being, the large-scale industry that controls the Olkiluoto nuclear power station will not be supporting a new nuclear power project. The construction of Olkiluoto’s third reactor, which began 17 years ago, has caused suffering. The power plant continues to be unusable.

The Loviisa nuclear power plant’s owner, Fortum, has asked for a license renewal for the Loviisa reactors. As long as it first overcomes the tremendous economic hurdles given by the Russian war in both the Russian and German gas markets, the corporation will have much to do to renew and sustain them.

Read more: Did Russia detonate a nuclear weapon in its own nuclear power plant? A missile strike was launched against a plant producing critical parts for the Pyhäjoki nuclear power plant, which was most likely carried out by Russia.

Read more: Despite the fact that many stockholders wish to abandon the project, the Pyhäjoki nuclear power station is moving forward with Russian funds – the background is a secret deal with devastating terms for Finnish communities.

Rosatomin’s price for the power plant it sold was also significantly lower than the price of a power plant from any other company at the time.

In general, it’s difficult to imagine anyone choosing to begin on a high-risk building project lasting 15 years and costing more than EUR 10 billion in the near future, given how quickly the world around them is changing.

Electricity demand is predicted to skyrocket in the coming decades as fossil fuels and hydrogen are phased out in favor of emission-free alternatives. New technologies, on the other hand, are continually being developed.

State that the new climate and energy plan, which is presently being debated, mentions decentralized small-scale nuclear power generation, that wind power is anticipated to grow by thousands, and that offshore wind power will become competitive in the not-too-distant future.

In any case, the failure of a large nuclear power project would seem to need new estimates for the approach. This did not happen, as Fortum’s decision to apply for a Loviisa power plant extension was only revealed after the strategy calculations were completed.

The Loviisa power plants will be extended until at least 2050, filling the gap created by Fennovoima’s Hanhikivi.