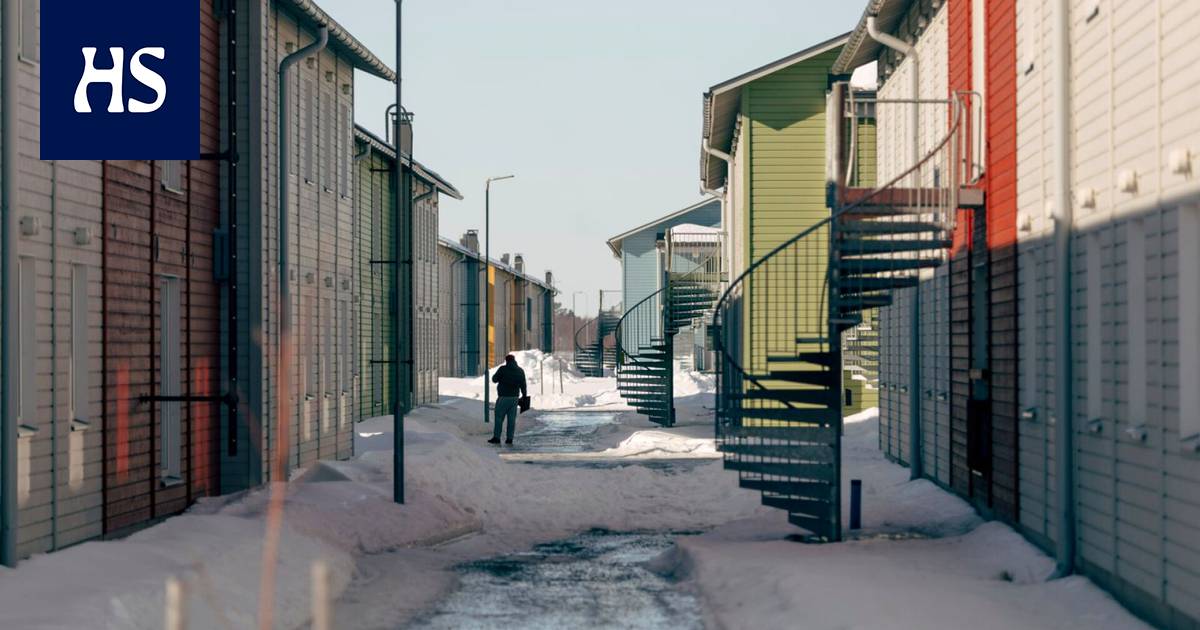 According to the Radiation and Nuclear Safety Authority, a change of plant supplier would mean a return to the starting box.

Energy company On Monday, May 2, Fennovoima announced that it had terminated the plant supply agreement with Rosatom for the Hanhikivi 1 nuclear power plant.

At a press conference on Tuesday, the company said that Hankikivi’s construction site will remain in a “dormant state”, waiting for future opportunities. Fennovoima also said that it will start change negotiations for the entire staff, which will have an impact on all employees. The Pyhäjoki construction site has had a total of 300–500 employees every day.

Fennovoima has been very quiet about the continuation of the company and the Hanhikivi power plant project. Chairman of the Board Esa Härmälä said at a news conference on Tuesday that there are currently plenty of questions he does not yet know or can answer.

“The least evil of all options.”

One of these apply to Fennovoima’s debts.

The company’s latest available financial statements cover the year 2020. At the end of the year, Fennovoima’s balance sheet had long-term liabilities of more than EUR 1 billion.

According to the financial statements, Fennovoima has agreed with Rosatom’s subsidiary JSC Rusatom Energy International (Rein) that Rein will obtain debt financing to cover the financing needs of the entire project. Fennovoima is too told methat funding has come from the Russian State Welfare Fund.

Chairman of Fennovoima Esa Härmälä did not agree to comment on the debt burden or related arrangements for Helsingin Sanomat.

“Unfortunately, at this point, I can’t comment on the financial issues in more detail,” he announces in a text message.

Fennovoiman Chairman of the Board of the main shareholder Voimaosakeyhtiö SF Timo Honkanen says it is far too early to speculate on Fennovoima ‘s future. Voimaosakeyhtiö SF, which owns 66 percent of Fennovoima, is divided into several companies as well as larger and smaller municipal players in the energy sector. Outokumpu has the largest holding.

Rosatom owns more than a third of Fennovoima through its subsidiary Raos Voima. According to Fennovoima, the decision made now does not affect the ownership.

Honkanen says that the owners are waiting for more information and Fennovoima’s further measures.

The power company SF knew how to expect something to happen to Hanhikivi’s project when construction does not progress.

“This [sopimuksen päättäminen] was, to me, the least evil of all the options. I understand when the prospect is that the plant supplier will not be able to deliver, so there is no hanging in, ”says Honkanen.

Fennovoima stated that the reason for the termination of the Rosatom agreement was, among other things, significant delays in the project. Rosatom said Monday it was “very disappointed” with the decision. According to Rosatom, the decision was made without consulting the largest shareholder in the project, itself.

In a statement, Rosatom said it “reserves the right to defend its interests under contracts and the law”. The company therefore intends to challenge the termination of the agreement.

Radiation and Nuclear Safety Authority (Stuk) has performed a safety assessment related to Fennovoima’s plant since 2015. Last year, 13 person-years were spent on it. This year, the number was supposed to rise to about 30.

“We still have a request for an opinion from the ministry inside. We are waiting for instructions on what to do next. I would assume that this will become clear in the coming days and weeks, ”says the deputy director Tapani Virolainen.

The decision in principle on Fennovoima was made in 2014. At that time, it was stated that the project was in the overall interest of society. Since Russia launched a large-scale offensive war in Ukraine in February, the nuclear power plant project has met with strong opposition.

In the municipality of Pyhäjoki and elsewhere, hopes have arisen that the plant supplier will now be changed and a new project will come. What would that mean for you?

“Speaking on a general level, when you look at these plant projects, they start at the decision-making stage. At that time, Stuk will assess in principle in its preliminary safety assessment how the plant alternative would meet Finnish safety requirements. Our work would start from the beginning, ”says Virolainen.

According to the Estonian, the existence of a plant site would facilitate the work of the authority somewhat, but its significance is not very great.

“The main focus is on the facility. If, during the construction permit phase, the plant is treated on average cumulatively for 40 to 50 person-years, the site will account for only 1 to 2 person-years. ‘

Fennovoima has continued to submit safety documents for Stuk’s assessment even after the start of the war in Ukraine and even after the project was already pulled out of the carpet politically.

“They no longer have to submit a few documents about the entire construction permit phase,” says Virolainen.

With these In the future, the collapse of Fennovoima does not necessitate a reduction in staff at Stuk. The job descriptions of those who performed Fennovoima work will be examined and the work of civil servants will be focused on the supervision of ongoing nuclear power plants and the overall reform of the regulations.

What is your mood like? You worked for many years and now your gloves are dropping?

“Of course it is not very good. We have taken our safety assessment forward and believed that our feedback will make the facility even safer. This doesn’t sound great, but on the other hand, we do statutory civil service work. ”

Maybe something will come from the process though?