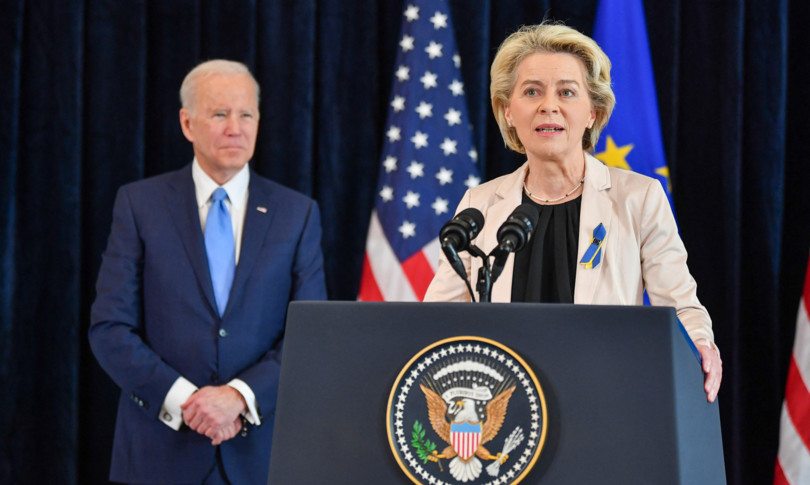 After the Russian invasion of Ukraine, the rush of European countries (and others) to replace energy sources from Moscow began. The president of the EU commission Ursula von der Leyen announced that by 2027 the EU’s energy dependence on Russia will end. It has been five years and in this five-year period the Western world will have to deal with sanctions against Moscow.

In 2021, the EU imported 45% of its gas from Russia, with the REPower Eu plan, Brussels aims to replace 20% of Russian gas imports with biomethane (35 billion cubic meters by 2030) and other renewable sources. Overall, the goal is to reduce dependence on Russian gas by two thirds by the end of this year, Brussels said.

The main difficulty for Europe will be to harmonize European energy policies (and dependencies) which are currently different and disconnected from each other. The European Commission is preparing to present a proposal for a regulation so that by November 1, 2022, the EU states will ensure the filling of storage at least to 90% of their capacity.

In February, May, July and September, intermediate targets are foreseen to ensure that the final target is met and there is time to correct the course. The storage period is set from 1st April to 30th September. The commitment goes hand in hand with the voluntary common purchase of gas to obtain better prices in negotiations with sellers in addition to the price cap whose limit could be around 80 euros / Mwh.

The most critical situation in Europe, in addition to some Eastern countries, is that of Germany which in 2020 imported about 65% of gas from Russia (IEA data) equal to 42.6 billion cubic meters, followed by Italy with 29.2 billion cubic meters. Imports dropped to around 55% at the end of 2021. Germany’s energy dependence on Russia has worsened since 11 March 2011, the date of the accident at the Japanese nuclear power plant in Fukushima.

Following the event, Berlin decided to exit nuclear power, increase gas imports from Russia with Nord Stream 2 and focus heavily on offshore wind. At the end of the year, the country should have shut down the last three nuclear power plants in operation (there were 8 in 2011) but the government is seriously considering leaving them on.

Meanwhile, Berlin is looking for alternative sources. Economy Minister Robert Habeck, a green man, traveled to Qatar and the United Arab Emirates in search of new gas supplies to replace that from Russia. A cooperation in the name of liquefied natural gas (Gln), which will allow German companies to quickly implement the related agreements.

The stated goal is to make Germany “more autonomous” from Russian gas. At the same time, the Minister for the Economy (who also owns the Environment) aims to accelerate the transition to “green hydrogen”. Five German companies have already signed the declarations of intent with the Emirati authorities. So much so that Habeck spoke of a “win-win-situation”.

In Berlin, however, the fact that a green minister went around the world in search of fossil fuels did not go unnoticed. There was no lack of controversy with the Frankfurter Allgemeine which noted that “it is precisely the green vice-chancellor who has to organize new supplies of fossil energies”.

The same policy is that of Belgium which, following the Ukrainian crisis, decided to extend the production of nuclear energy by ten years. “War is changing our view of energy“said Prime Minister Alexander de Croo opening the press conference in which he announced that the activity of the Doel 4 and Thiange 3 reactors will be extended for ten years.

“In this way, energy can be guaranteed in the medium and long term,” he stressed. However, the prime minister also supported the acceleration of the transition to renewable energy. “This is the only energy source for which we have seen the price of energy go down in recent years,” he explained.

Italy is the second country, after Germany, most dependent on Moscow gas. It imports 38% of the gas it consumes, equal to approximately 29 billion cubic meters. Addiction has increased over the years if we consider that in 2012 the percentage was around 30%. National production has fallen to a minimum, about 3 billion cubic meters, but the government intends to increase it from the fields in operation (without new drilling).

Italy imports 95% of the gas it consumes (about 72 billion cubic meters). The other major suppliers are Algeria (27.8% of the total), Azerbaijan (9.5%), Libya (4%) and Norway and the Netherlands with around 3%. 13% of the requirement instead comes in the form of LNG mainly from Qatar.

Since the conflict in Ukraine broke out, Foreign Minister Luigi Di Maio has been with Eni’s CEO Claudio Descalzi in many African and Middle Eastern countries precisely to strengthen energy cooperation and increase supplies.

The stops in the last few days have been Algeria, Congo, Angola, Qatar and Mozambique. During the presentation of Eni’s strategic plan, Descalzi insured an additional 14 trillion cubic feet of gas in the short and medium term (or 400 billion cubic meters of gas).

Then there is Great Britain (the share of imports is at 8%) which, together with the United States, has imposed a stop on imports of Russian crude oil. British Prime Minister Boris Johnson also went to Abu Dhabi and Riyadh. The trip’s goal is to convince the UAE and Saudi Arabia to pump more oil to calm the markets.

Johnson promised to raise human rights issues with the prince but also highlighted Britain’s “very important relations” with the Gulf countries. The British Prime Minister said that increasing investments in the UK’s green energy are among the objectives of the visit.

Recently, the Saudi group Alfanar, for example, announced a £ 1 billion investment in a project to produce aviation fuel from waste. “It is not just about what OPEC countries can do to increase supply, even if this is important,” Johnson told the British media, “when we look at the dependence that the West in particular has built on hydrocarbons. Putin, we can see what mistake it was and why he is capable of blackmailing the West. ”

“The world must get rid of Russian hydrocarbons and starve Putin’s dependence on oil and gas“said Johnson,” Saudi Arabia and the United Arab Emirates are key international partners in this effort. We will work with them to ensure regional security, support humanitarian relief efforts and stabilize global energy markets in the long term. ”

Going to the other side of the world, things don’t change. Japan recently asked the UAE to increase oil production, the price of which rose after the invasion of Ukraine. Despite the demands of the G7 countries, OPEC +, whose leaders are Russia and Saudi Arabia, is increasing supply with a dropper (400,000 barrels a day since last August).

Japanese Foreign Minister Yoshimasa Hayashi called on the Emirates to “contribute to the stabilization of a global oil market by increasing production and drawing on reserves”.

In addition to Japan, the United States is also moving to find alternative sources. In reality, the import of Russian hydrocarbons (oil + gas) for Washington is worth about 8% (3% only crude oil) equal to 700,000 barrels a day. Few things compared to the very strong dependence that Europe has and that for this reason has not imposed the measure.

In any case, even the US, which is the world’s leading producer of oil and gas, is re-establishing relations with countries that were previously ‘enemies’ such as Venezuela. Already on March 6, the White House sent a US delegation to speak with the government of President Nicolas Maduro.

From what has been learned, energy supplies are at the center of the discussion. According to the first rumors, Venezuela could increase production by at least 400,000 barrels per day (bpd) to be shipped to Yankee ‘enemies’.