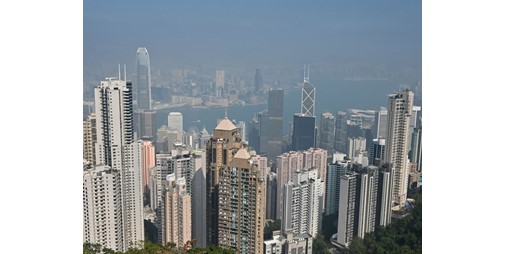 Hong Kong’s wealth fund suffered a US$7 billion (HK$55 billion) loss in the first quarter as stocks and bonds tumbled, opening a difficult year for a financial center seeking to recover from years of economic turmoil.

Lee added, “The quarterly loss represented about 1% of the fund’s portfolio size, compared to the stock market’s loss of 5% of its market value for the same period. We strive to adopt a conservative and defensive approach to withstand both good and bad market conditions.”

Triple Kick
The former British colony is preparing for a difficult year as it seeks to recover from a mass exodus of its citizens, strict social distancing measures and recently eased travel restrictions. The government has spent more than 102 billion Hong Kong dollars over the past two years in “consumption vouchers” to stimulate the local market.

In an article on the Hong Kong Monetary Authority’s website last week, CEO Eddie Yu described the start of the year as a “triple whammy” with stocks, bonds and foreign currency valuations all plummeting, calling Russia’s invasion of Ukraine the “straw that broke the camel’s back”.

In response to the volatile stock and bond markets and the tightening of US monetary policy, the fund increased its holdings of cash and floating-rate bonds, and adjusted its foreign exchange exposure to non-US dollar assets, to maintain adequate liquidity and protect against potential loss from a strengthening US dollar, according to Yu.

The fund, with assets of 4.6 trillion Hong Kong dollars, has been a pillar to ensure the stability of Hong Kong’s currency and financial system, as the Monetary Authority has used it to support local banks and defend the Hong Kong dollar’s peg to the US currency.