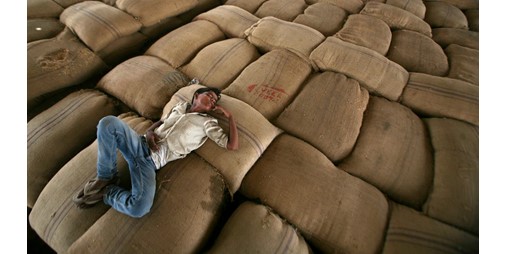 Wheat posted its biggest daily gain in more than 3 weeks as India, one of the few countries with the ability to ease a global crop shortage, considers restricting exports after rising temperatures shriveled the local crop.

Senior officials are discussing this step, and they will recommend it to Prime Minister Narendra Modi, who will take the decision after that, according to Bloomberg Agency, citing sources, and seen by Al Arabiya.net.

For his part, Food Minister Sudhanshu Pandey said at a press briefing on Wednesday that there is no need to curb exports for the time being as the country has enough supplies to meet domestic demand.

This comes despite comments by the Minister of Food and Trade, Piyush Goyal, in mid-April that shipments could reach an all-time high of 15 million tons in the year that began in April, more than double the previous year.