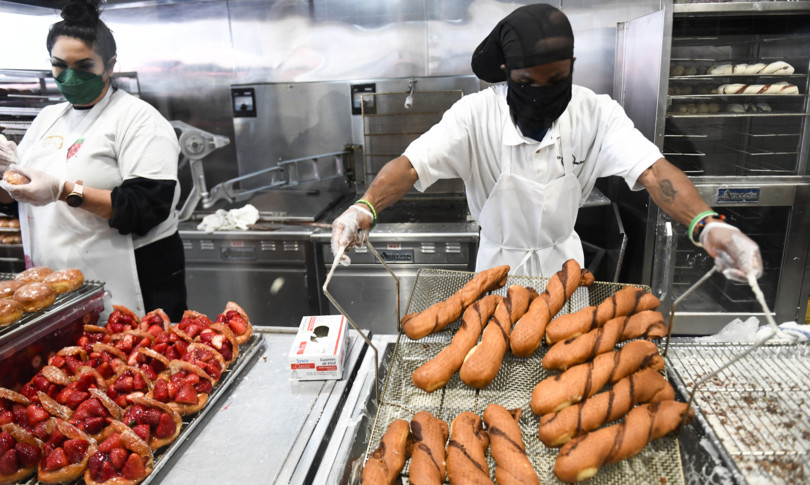 The US job market continues to run. In April, the Stars and Stripes locomotive created 428,000 new seats.

The figure is in line with that of March (revised from +431,000) and higher than the estimates of analysts who expected 391,000 more employees.

The unemployment rate remained stable at 3.6%, against the 3.5% expected by the market. The unemployment figure remains the best since the beginning of the pandemic, with the US economy able to recover more than 90% of the 22 million jobs lost at the peak of the crisis caused by Covid, in the spring of 2020.

The participation rate, which fell marginally to 62.2% from 62.4% in April, is now close to pre-pandemic levels.

Meanwhile, wages continue to grow, albeit at a slightly slower pace. On a monthly basis, the increase in the average hourly wage stood at 0.3%, against the expected + 0.4% and + 0.5% in March.

On an annual basis, the increase was equal to 5.5%, in line with expectations and slightly slower than the + 5.6% of the previous month.

According to many analysts, however, the peak of the recovery in the labor market is approaching, with the run-up that risks paying for the growth in production prices and labor costs.

For Goldman Sachs chief economist Jan Hatzius, the increase in employment is expected to gradually decelerate to 200,000 in the coming months.

The fact remains that it continues to be difficult for many companies to find manpower to hire.

Job vacancies hit a new high in March, and there are now 1.9 vacancies for every unemployed worker in the US.