How is the new moratorium promoted by Kirchnerism 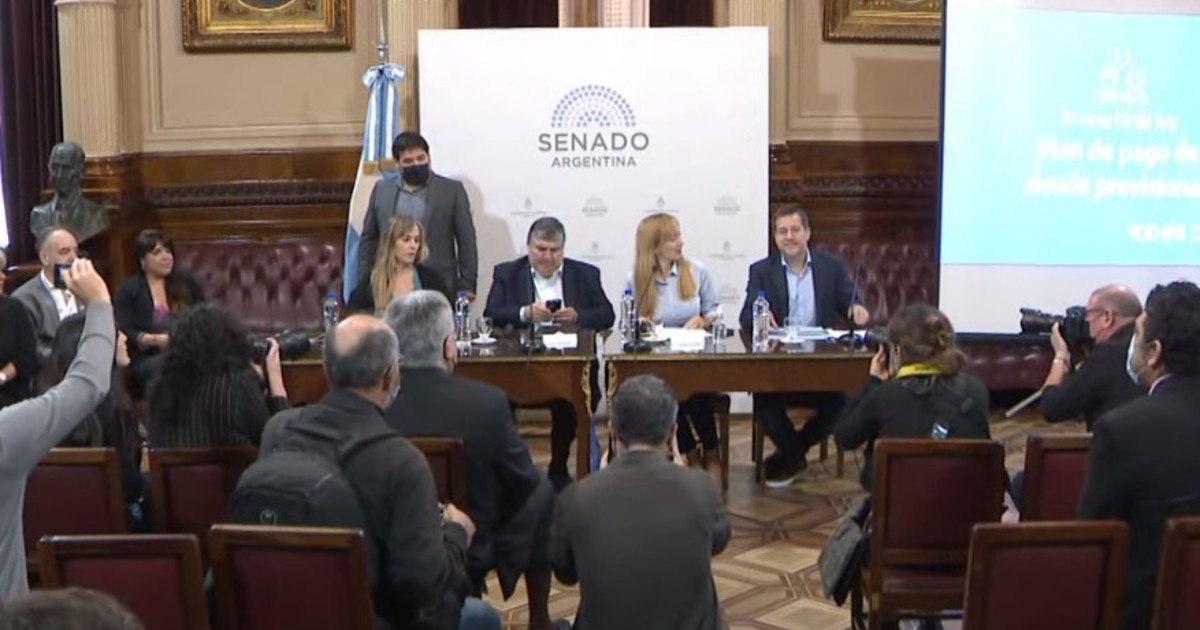 Given the end, on July 23, of the current moratorium for women, and the difficult access to the moratorium for men senators from the Front for Victory presented this Friday a bill for “payment of social security debt” so that both men and women can complete 30 years of contributions and access retirement.

With the months and years “bought” to complete the 30 years, retirement is accessed, but they do not modify the calculation of the retirement salary, which will depend on the years actually contributed, with the guarantee of the minimum salary.

Thus, for example, a person of retirement age, with 5 years of contributions should “buy” 25 years. He would retire with the minimum and they will deduct the debt for those 25 years of credit. But if you had 25 years of effective contributions and just reached retirement age with good salaries, you would retire with more than the minimum amount, proportional to the 25 years contributed and the 5 years “purchased” would serve to complete the 30 years of service and do not modify the credit resulting from those 25 years. The resulting debt will also be deducted from the retirement credit.

Thus, the bill allows you to “buy” months without contributions. Each month has a value of $ 3.187, which is adjusted quarterly due to mobility. It is much higher value than that arising from the current moratoriums. Each year “purchased” equals $38,244 at current values.

Clarion He anticipated in mid-February that the Government was analyzing this initiative.

1. Includes people who have reached retirement age (60 years for women, 65 for men), who do not have or will not have 30 years of contributions to start the retirement process and are in a vulnerability status socioeconomic and heritage.

In this case they are allowed to regularize the missing periods until the month of December of the year 2008 (including) through the application of a modality of payment in installments what will they be discounted directly of the retirement credit they obtain. The number of installments may be up to 120, according to the conditions established by the regulations.

The project clarifies that this Payment Unit “only accredits the minimum of services”. The months to be regularized will be calculated according to a component “Previsional Debt Payment Unit” whose value will be equivalent to the 29% of the minimum tax base of current remuneration on the date of the request for the social security benefit, regardless of the period to which it is applied.

This value is updated quarterly according to the increases that arise from social security mobility, according to the conditions established by the regulations. This Social Security Payment Unit will govern for a term of 2 years from its entry into force, and may be extended for the same period.

This mechanism may be used by those who can prove income that allows justifying the payment of the debt arising from the “Contribution Cancellation Unit” for periods prior to March 31, 2012. The value of that Cancellation Unit is also 29% of the minimum tax base, which is currently $3,187, adjustable for mobility.

This second component is also voluntary and “will allow people of pre-retirement age to anticipate and repair in advance the difficulties they will have in the short term due to their lack of pension contributions. Without this measure, a large part of today’s adults will have the only possibility, when they reach retirement age, of accessing a PUAM (Universal Benefit for the Elderly) at age 65, which is a benefit that pays barely 80% of a minimum salary, does not generate the right to a pension, and in the case of women it implies waiting up to 5 years in relation to 60 years of retirement age”, specifies the project.

“This component for people of pre-retirement age creates opportunities for people to take an active role in order to positively twist a destiny that, otherwise, leaves them at risk of going through situations of greater vulnerability in old age,” says the project. .

One thought on “How is the new moratorium promoted by Kirchnerism”