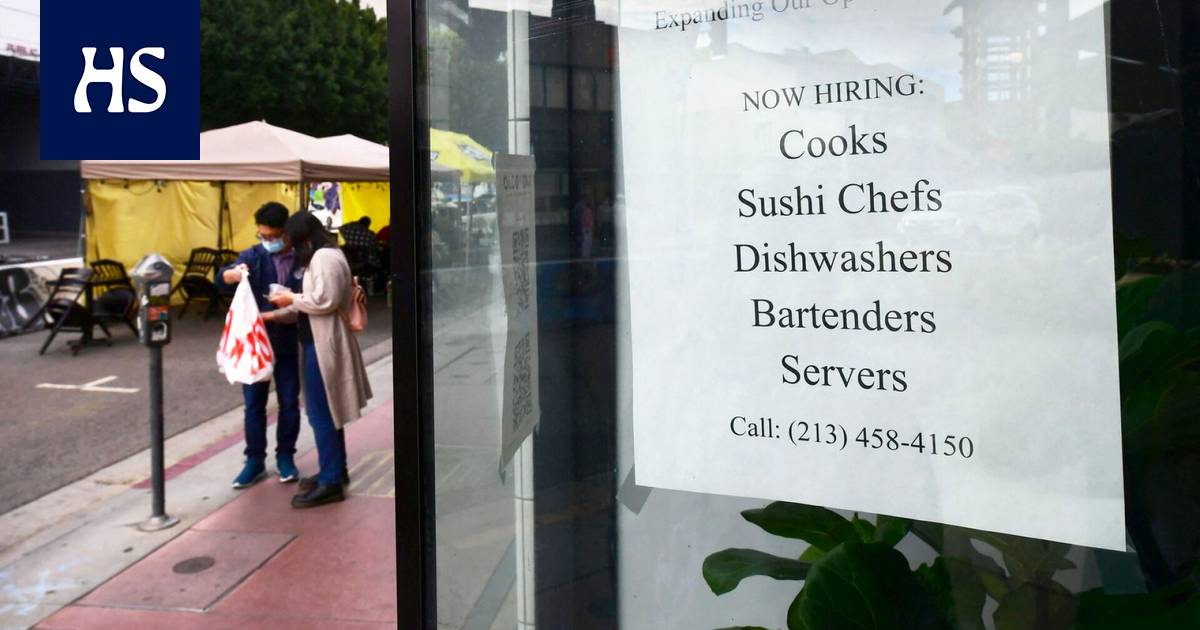 The unemployment rate remained unchanged at 3.6 per cent.

Of the United States the economic recovery continues, one sign of which is the improvement in employment despite a very tight labor market.

The number of people employed outside the United States increased by 438,000 in April, according to statistics released by the Department of Labor on Friday.

Economists estimate in a survey by the news agency Reuters that the number of employed would have increased by 391,000.

According to the Ministry of Labor, the growth in the number of employed was broad-based in April, but was boosted by the accommodation and food service activities, manufacturing, transport and storage.

The unemployment rate remained unchanged at 3.6 per cent. This means that unemployment will be as low as before the escalation of the coronavirus pandemic in spring 2020.

The decline in unemployment since the worst phase of the coronavirus pandemic has also been clearly faster than projected.

Strong In addition to rising inflation, consumer prices are one of the reasons why the US Federal Reserve decided on Wednesday to raise its key interest rate by 0.50 percentage point to between 0.75% and 1.00%.

In addition, there are already signs of wage inflation in the United States. because demand is high and the economy is in danger of overheating. Hourly wages rose by an average of 5.5 per cent in April from the same period last year.

As a result, companies will have to pass on increased labor costs to the prices of the goods and services they sell, which will exacerbate inflation.

He also stressed that employers in many places have difficulty filling vacancies and wages are rising faster than in many years.

About everything despite the United States the economy contracted according to preliminary data, surprisingly in the early part of the year, but economists see it as a temporary slump mainly due to supply disruptions.

The International Monetary Fund (IMF) estimates in mid April The U.S. economy will grow 3.7 percent this year and 2.3 percent next year.

The IMF estimates that the inflation rate in the United States will accelerate to 7.4 per cent this year, but will slow to 2.9 per cent next year.