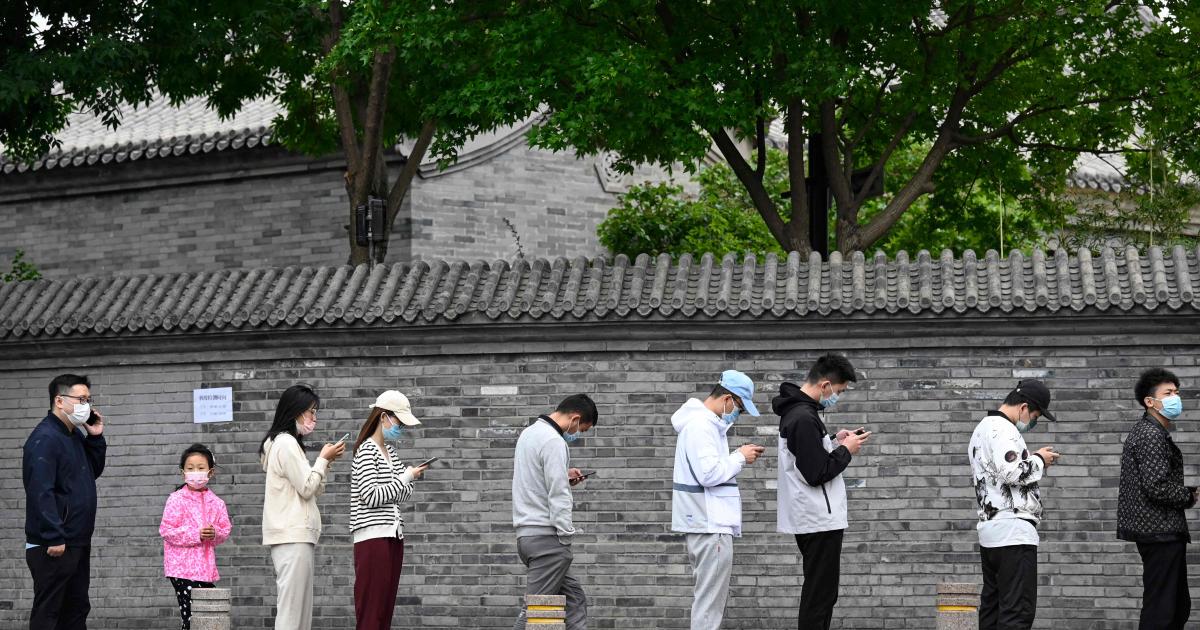 Since the beginning of the corona pandemic, China has been operating a strict zero-Covid strategy with lockdowns and extensive tests – but experts are increasingly warning of fatal consequences for the economy.

Mass testing of the entire population alone could lead to a drop in growth of 2.3 percentage points this year, the Nomura Bank warned on Friday. The approach threatened “rather high” costs with “limited” benefits in the fight against the omicron variant of the virus.

The Chinese leadership only announced on Thursday that it would stick to the strict strategy. In addition, the tests could be extended to the whole country – Nomura warned of the consequences. If half the population were tested every three days, there would be a loss of 0.9 points, while 90 percent of the population who are tested every two days would lose 2.3 percentage points.