The government is reconsidering Argentina’s membership in the BRICS bloc, which includes China, Russia, Brazil, India, and South Africa 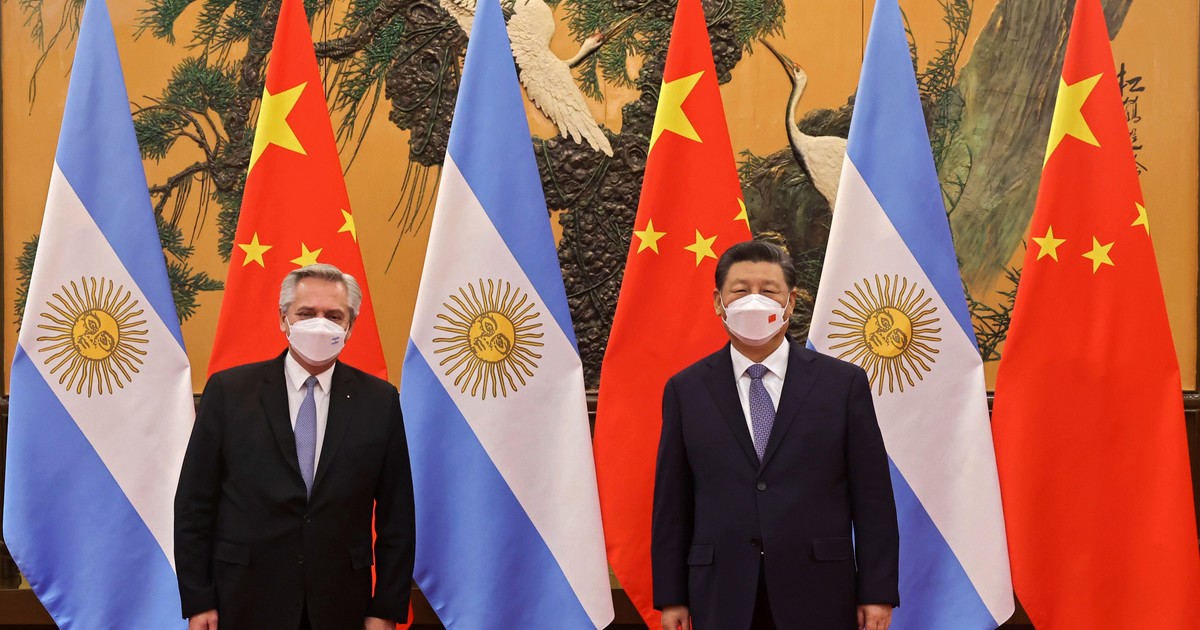 The government is renewing an old initiative with Brazil, China, and Russia to have Argentina join the band of growing nations that formed the so-called BRICs with India in 2006. They went on to join the BRICS with South Africa, with the goal of providing a political and economic counterweight to the United States.

On Saturday night, Argentina’s ambassador in Beijing, Sabino Vaca Narvajar, announced that Alberto Fernández and Santiago Cafiero would join Xi Jinping, Vladimir Putin, Jair Bolsonaro, and other leaders at the next BRICS summit of presidents and foreign ministers, which is scheduled to take place between June 20 and 24.

This week, Fernández and Cafiero will embark on another tour to Spain and Germany. They will also travel to Los Angeles in the first week of June to attend the Summit of the Americas, when Joe Biden will attempt to impose an agenda against Russia, Cuba, Venezuela, and Nicaragua, which is already dividing waters. To begin with, the government is opposed.

The Bolsonaro government recently did the same, announcing that it will present Argentina as a candidate to join the New Development Bank (NDB) of the BRICS group of countries, an entity with billions of dollars used for infrastructure projects, during a trip by Minister of Economy Martin Guzman to Brasilia, his former rival, Minister Paulo Guedes.

That act had never been seen in Brazil before, and it occurs within the context of a nebulous connection between Bolsonaro and Fernández, who is backing Lula da Silva as a contender.

Alberto F. accepted Xi Jinping’s invitation to attend the BRICS conference, and during his travel to Beijing from February 4 to 6, notified the Chinese president that he wanted Argentina to join the BRICS. He also spoke with Vladimir Putin on February 3, during his one-of-a-kind visit to Moscow, when tensions with Ukraine were already high.

It also comes at a sensitive time because of Russia’s invasion of Ukraine, which has lasted more than two months and in which, despite joining international condemnations of Vladimir Putin’s violent action, the government does not agree with sanctions or isolation of Russia, as advocated by the US and some Europeans. Neither with its exclusion from the G20.

Argentina’s participation in the BRICS virtual summit, where Putin is expected to address, is a position taking. On the other hand, according to information obtained by this newspaper, no directive has been issued to Argentine diplomats and officials on an internal or external level to participate in any activity organized by the Russians to commemorate the victory of the Soviet forces over the Nazis on May 9, 1945.

In this regard, Eduardo Zuan, the ambassador in Moscow, will attend the festivities to which he has been invited.

“China will chair the BRICS this year, and a foreign ministers’ summit has been scheduled for May 20, as well as a presidents’ summit for June 24. Because of China’s constraints with the BRICS members, they will be virtual summits. Argentina is the only Latin American country that has been formally invited to participate so far “This past Saturday, Ambassador Vaca Narvaja informed the official Télam agency.

It is not the first time that Kircherism has expressed interest in a plan to get the country into the BRICS. Mauricio Macri also turned up to his meetings, demonstrating a state interest that never really took off.

To begin with, the economic divides among the BRICS countries are widening. If one considers China to be the world’s second most powerful country after the United States, it is no longer emerging.

The members of the BRICS have increased their engagement in the global economy since their formation in 2006 and inaugural summit in 2009–it is claimed that they generated more than 50% of global growth in the last decade—but this is not the situation in Argentina.

Vaca Narvaja informed Telam that there are various unified working procedures in place for the agenda with China.

One is the strategic dialogue for coordination and economic cooperation with projects such as the fourth nuclear power plant, gas pipelines, the dam (of the Santa Cruz River, through the Jorge Cepernic-Néstor Kirchner dams), and railway projects, as well as the Cerro Arauco wind farm (La Rioja), the Cauchar photovoltaic park (Jujuy), which is the largest in Latin America, and the rehabilitation of the San Martn (Railway) of Belgrano Cargas. They all rely on China’s Silk Road plan, which Argentina has already joined.

The second mechanism is concerned with everything that leads to Argentina’s exportable offer expanding: tariff issues, new product introductions, and so on. They were also focusing on electronic commerce, according to Vaca Narvaja.

One thought on “The government is reconsidering Argentina’s membership in the BRICS bloc, which includes China, Russia, Brazil, India, and South Africa”