Airbnb and the turning point of smart working 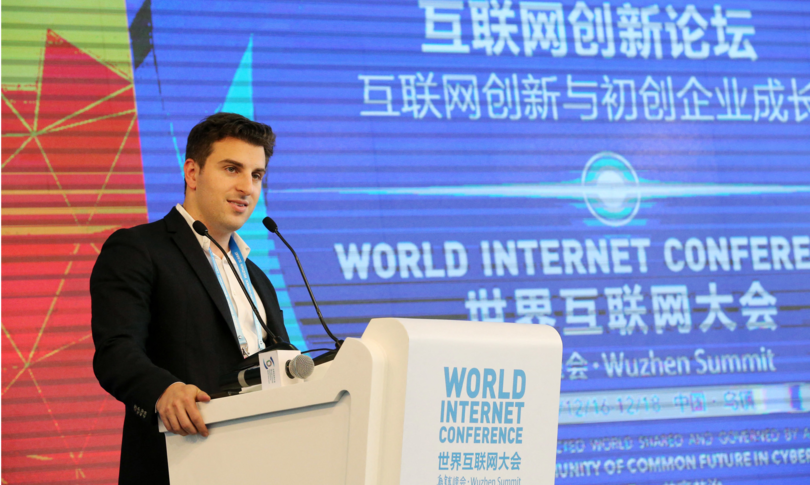 It is one of the most significant legacies of the Covid emergency, during which, confined at home and forced to produce, little else could be done. But something has really changed in the way we relate to work, the office and the organization of home-employment times. In short, there is no going back from smart working. “It opens up great opportunities for businesses and workers”, said a few days ago the Minister of Labor, Andrea Orlando, speaking at the “City Enterprise Festival” in Vicenza, underlining the need for rules. So, what is smart working, what teleworking, timing, right to disconnect.

Across the ocean, the accelerator is pushed on smart working. At least according to the words of the CEO of Airbnb, Brian Chesky. “It’s over” he said in a recent interview, referring to work as we know it, speaking of the office as something “pre-digital”, a space that today it would make no sense to invent (“if the office doesn’t existed, I wonder, would we invent it? “).

Airbnb is the strongest position in favor of remote working. Even Twitter at the beginning of the pandemic had expressed itself in favor of total smart working, but with the earthquake Elon Musk is a passage to focus on. Apple instead opted for the hybrid model. From May 23, the company will switch to a model with mandatory office days on Mondays, Tuesdays and Thursdays. But a group of employees didn’t take it well.

For Chesky the only workspace is the “Internet”. Only words? The CEO recently announced that the company’s employees will be able to work from anywhere, including (for up to three months) overseas. It also abolished position-based pay, at least in the United States. In the days following the announcement, Airbnb’s work page received one million visitors.

Sure, the company laid off a quarter of its staff during the pandemic, but it also released first-quarter earnings that closely matched pre-pandemic levels. The company becomes attractive again, but it is something different from what it was before the Covid emergency. In Airbnb “we will meet one week a quarter”.

The numbers of smart working in Italy

According to research by Polimi’s Smart Working 2020 Observatory, during the acute phase of the pandemic, agile work in Italy involved 97% of large companies, 94% of Italian PAs and 58% of SMEs, for a total of 6 , 58 million workers, about one third of Italian employees, a number over ten times higher than the 570 thousand registered in 2019.

In March 2021, one year after the first lockdown, the Observatory estimated that there were 5.37 million Italian smart workers, of which 1.95 million in large companies, 830 thousand in SMEs, 1.15 million in micro-enterprises and 1 , 44 million in the PA.

Again according to the findings of the Smart Working Observatory of the Politecnico di Milano, agile work will remain in 89% of large companies and 62% of PAs, with hybrid formulas: on average 3 “agile” days in the former, 2 in the latter.

Until 31 August 2022 there is the possibility for private employers to resort to agile work in a simplified form without the need to stipulate individual agreements, as foreseen by an amendment introduced to the bill for the conversion of the Reopening decree. Furthermore, the right of public and private “fragile” employees to perform their work in an agile way is extended until 30 June 2022 when this is compatible with the characteristics of the service.

From September the word then passes to the companies, which have three months to assess the situation and deeply understand how much the job market has changed after the Covid emergency.

Europe and the right to disconnect

And in the rest of the EU countries? According to Eurostat data (updated to March 2021) Finland with 25.1% of employees working from home was the EU country with the highest diffusion of smart working. Luxembourg follows with 23.1% of workers and Ireland with 21.5%. Italy is just below the European average, with 12.2%.

The lowest percentages of smart working workers were reported in Bulgaria (1.2%), Romania (2.5%), Croatia (3.1%) and Hungary (3.6%). According to the EU Commission, the real issue is the right to disconnect. To ensure that this is guaranteed in all Member States, we need a directive at European level that protects workers.

“Currently, around 37% of jobs allow remote work. In 2019 only 5% of Europeans worked in smart working, while in April 2020 the percentage increased to 40%,” said the European Commissioner for Labor and Social Rights Schmit, according to whom “smart working can improve productivity, salary, flexibility and encourage a good balance of life” while at the same time warning of the risks associated with this modality as unsuitable conditions, number of excessive hours and unexpected working hours.

One thought on “Airbnb and the turning point of smart working”