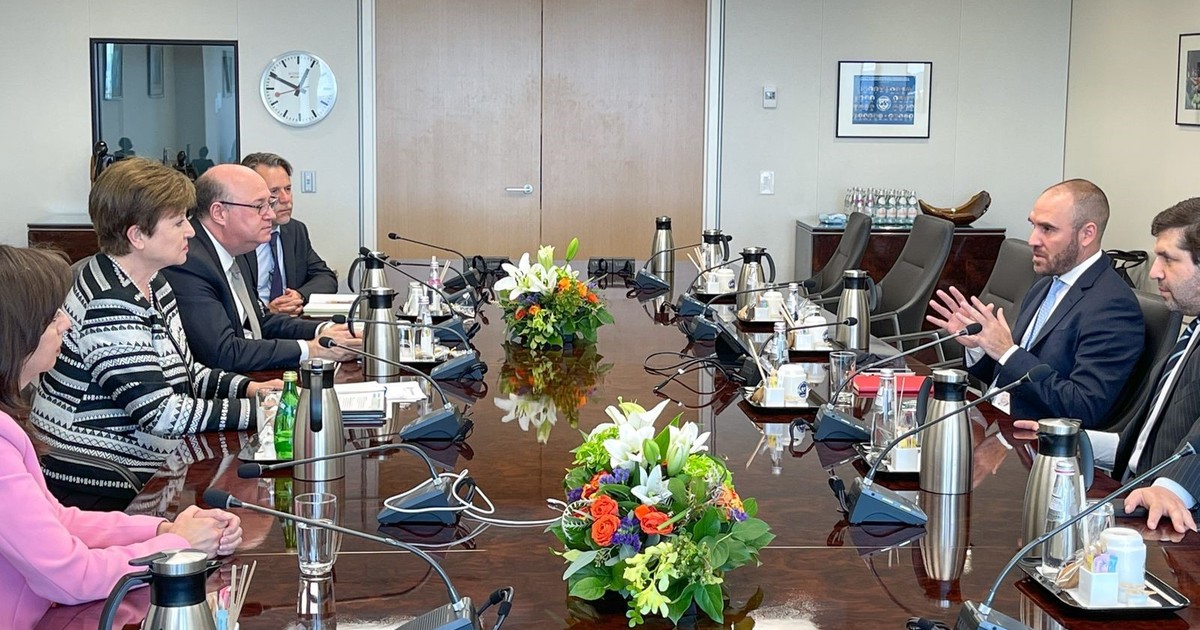 On the low, the IMF began to review the goals of the program agreed in March. These are the numbers for the first quarter in fiscal, exchange and monetary matters, compliance with which is necessary to obtain a new disbursement, although a readjustment of subsidies, inflation and the dollar is also evaluated, in a global context of shock in the prices and devaluations of emerging currencies.

This exceptional scenario motivated the advancement to May of the first mission, scheduled for June 10. The staff, headed by Ilan Goldfajn, was also supposed to disembark this month in Buenos Aires, as it did at the end of March in Chile. But on Martín Guzmán’s last visit to Washington, where he met three weeks ago with Kristalina Georgieva, The review began and virtual meetings were agreed.

“The work has been ongoing, including during the spring meetings of the IMF. We continue to work virtually, including discussions on the first review, and for now there are no plans to hold in-person meetings,” sources confirmed. Along the same lines, from the Ministry of Economy they confirmed that they are working with daily contacts and that “It’s not a classic mission.”

Virtuality allows both Washington technicians and Guzmán’s team overcome the increased tensions that a face-to-face mission would generate in a heated climate by the onslaught of Vice President Cristina Kirchner against the minister, the beginning of the hearings to raise the rates this Tuesday and the federal picket march demanding social assistance in a scenario with 37% poverty.

In this framework, Guzmán seeks to show the Fund the commitment to reduce the fiscal deficit, lower the monetary issue and accumulate reserves. Just as he anticipated Clarion, the minister exceeded the three goals in the first quarter. In the first case, The collection of $120,000 million in March due to the difference in the value of the inflation-adjusted bonds was key, an accounting “trick” -according to analysts- that the agency could limit from now on.

The head of the Treasury is more optimistic: he believes that the calculation is “unobjectionable”, in line with what has been done in recent years, and that, unlike the first and last quarter of the year, the second will show a lower weight of that item, after soaring 1700% in March. The other explosive chapter is subsidies, with a rise of 350% that month. A rate that prevents reducing them, as Guzmán promised, even with rate increases of 42.7% on average.

The IMF already requested in March recalibrate fiscal policy, prioritizing spending on infrastructure. Due to the impact of the war on the price of oil and fuel, the minister is betting that the agency will agree to postpone the planned cut of 0.6% of GDP, without abandoning its plan to implement the new tariff schedule and its Efforts to contain spending in the face of Kirchnerism’s legislative projects to expand it.

In Washington they are also examining the reserve trail. Faced with the Central Bank’s difficulties in taking advantage of the record foreign exchange liquidated by the countryside and the record increase in imports, it is likely that the staff will ask for a higher rate of devaluation, a policy that is already generating tensions in the coalition. “The only thing it does is increase and keep inflation inertial,” Cristina Kirchner warned on Friday.

The inflationary policy is another of the sensitive points that will be reviewed and is perhaps the weakest flank of the program, with the permission of the organization. For this year, the expected ceiling was 48% per year, well below the 65% estimated by the market in a scenario in which the government began to free the dollar, tariffs and fuel. Inflation is not a conditional target, it is an assumption. But it impacts the calculation of goals.

Without those anchors to contain prices or enough dollars, the government will have to maneuver to prevent the economy from entering a recession. The IMF foresees an expansion of between 3.5 and 4%, but analysts already They anticipate a stagnation after the 1.9% drop registered by industry in March and 4.1% in construction.