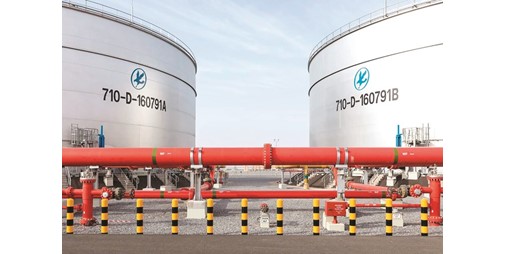 MEED magazine reported that the Kuwait Oil Company launched a tender for a project to modernize water management facilities in the southern reservoirs hangar located in Al-Ahmadi. next.

The magazine said that the scope of the project is expected to include the construction and operation of water facilities, including the construction of a brackish water tank or the so-called “cruciferous water”, its associated pipes, a sub-station and related electrical works and operational devices.

The project will also include the provision of infrastructure and technical capabilities for remote control from the crude oil control center located near the yard of the reservoirs. The value of the project is estimated at $50 million.

It should be noted that many KOC projects were subject to postponement this year in the midst of political problems and the continuous stalemate in the implementation of projects in the country, as well as the disruption caused by the Corona pandemic.

Earlier this month, the Kuwait Oil Company extended the deadline for submitting bids for another major project currently being floated, and the company also postponed the bidding deadline for the contract to build a long-term test facility in the Sabriya field from last April 26 to April 17.

The company had originally launched the tender for the project in December 2021, with March 22 as the deadline for submitting bids.