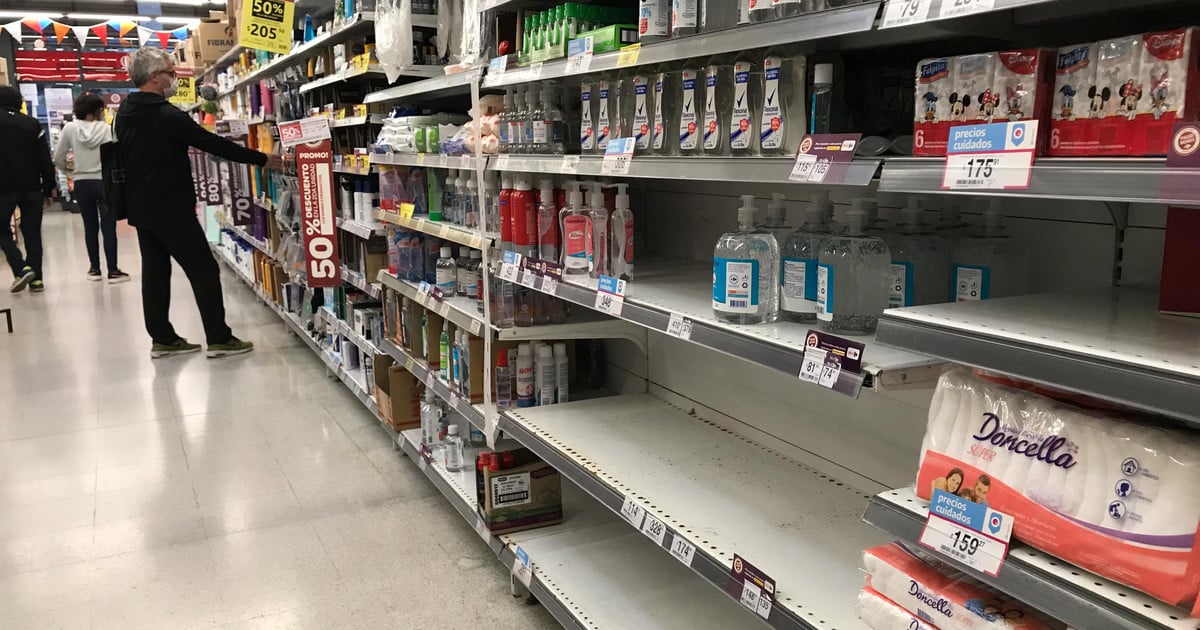 The National Institute of Statistics and Censuses (Indec) will announce this Thursday the Consumer Price Index (CPI) for April, which although the Minister of Economy, Martín Guzmán, anticipated “it will be lower than that of March”, when it reached 6 .7%, although for their part the economists do not believe that it is located well below 6%.

According to the Survey of Market Expectations (REM) carried out by the Central Bank among the consultants of the financial market, which is one of the last known in this regard, it showed that the estimate for retail inflation for April will be 5.6%.

The REM, which was carried out at the end of April between 41 entities, also projected an inflation of 65.1% for the whole year5.9 percentage points above the estimate they had made at the end of March.

Guzmán anticipated Tuesday inflation “lower” than in March, when participating in an event organized by the United States Chamber of Commerce in Argentina (AmCham).

For the head of the Palacio de Hacienda, inflation is a “historical problem” of Argentina, driven by a set of factors that cause an “uneasy and restless” economy.

In this sense, he urged to “attack the multiple causes” that generate it, because “short-termism is of little use if later we find ourselves once again with restrictions and new crises.”

The Government does not lose hope and expects a strong decrease for May that is closer to 4%. From the private sector and doubt that they can achieve that goal. The impact of the increase in fuel prices and the sustained increase in food prices impose a strong floor for the coming months.

If the data for April as expected remains above 6% and in the coming months it will not go down, annualized inflation could reach 100%.

The view of the consultants

According to the calculations of the consultants, the data for April will continue to be high and will be between 5.5% and 6.3%. For Orlando Ferreres it will be around 6.3%; Analytica projects 5.8%. LCG, Focus Market and EcoGo, on the other hand, agree and view it somewhat lower, at a percentage between 5.5 and 5.8.

According to the Consumer Price Index prepared by the consulting firm Orlando Ferreres & Asociados, the figure for April will be 6.3% and with a year-on-year growth of 52.5%. Besides, core inflation advanced at a monthly rate of 6.7%, marking an annual increase of 54.5%.

Ricardo Delgado, economist and president of the Analytica consultancy, lowers his estimate below 6%, to 5.8%. “We saw some slowdown in the first few weeks but in the second fortnight, food prices climbed again”indicated days ago.

For its part, the estimate of Eco Go, indicated a rise of 5.8%, with an annual accumulated of 57.8%. “April was a month strongly impacted by the drag left by March inflation, but where own factors were also combined”, explained the consultant.

In what is a background to the data that INDEC will release this Thursday, due to the almost generalized increase in the prices of goods and services, the Statistics and Census Office of the City of Buenos Aires reported that, On average, the rise in prices in April was 5.3%.

With this figure, in the first 4 months of the year the Buenos Aires Consumer Price Index accumulates an increase of 20.6% and 56% in 12 months.

They led the April rises clothing and footwear, transportation, and food and beverages. Meanwhile, electricity, gas, water and the rate of rail transport did not change. Vegetables and legumes, on average, for seasonal reasons, fell 1.8%.

With the highest incidence in the index, Food and non-alcoholic beverages had a rise above the average in April, of 6.2%, 26.5% in only 4 months and 62.8% year-on-year.