Attacks and drug traffickers, Corto Maltese renews himself (and wins) 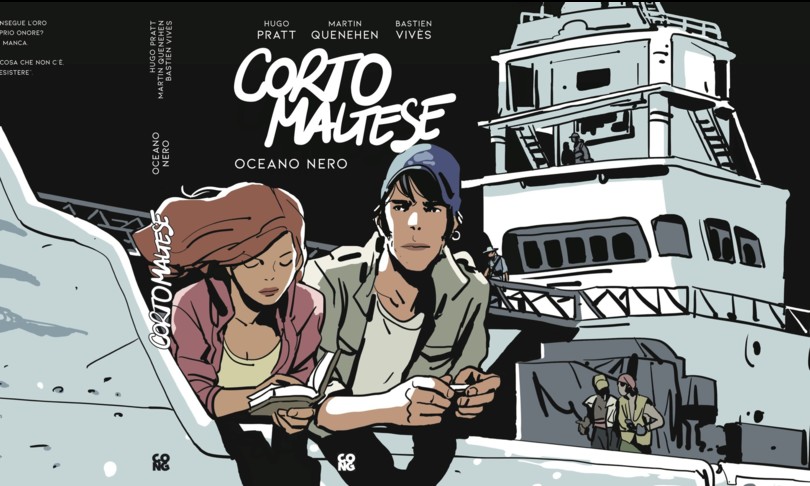 Thanks to the heated debate on social media, divided between purists and innovators, the manga.style stroke of the designer Bastien Vivès, the creativity of the screenwriter Martin Quenehen or simply the timelessness and transgenerationality of a myth like Corto Maltese. The fact is that two days after its debut in bookstores and online shops, the first edition of ‘Black Ocean’, the new revolutionary adventure by Corto Maltese published by Cong, has already been sold out.

The universe of Hugo Pratt, who invented his iconic pirate in ’67 has been bravely renewed by the two French authors, already stars in Italy, 37 years old Vivès, 43 Quenehen. Not only in look (via sailor clothes, the new Corto sports a baseball cap) but with a considerable time jump that aims to conquer a new generation of readers: from the first quarter of a century, where it moved at the time of Pratt, the new Corto Maltese has been transported to the incandescent ones of 11 September 2001, at the time of the attack on the Twin Towers, when the two authors were about twenty years old: ‘Black Ocean’ becomes a story of today against the background of 11 September 2001 and tells of an intrigue between Japan and Peru, of nostalgic fascists who would like to depose the emperor, of a mysterious hidden treasure who knows where, eco.warriors who board the maxi fishing boats that deface the seabed, cocaine drug traffickers, secret services and women with a fatal gaze. Among the characters also appear the former US Secretary of State Colin Powell and the likeable and perfidious Rasputin, found in the jungle refining drugs and left on a minibus of unlikely “psychedelic feminists”.

The women obviously all have a fatal look and make Corto Maltese waver more than once. The temporal shift of the scenario and the style of Vives who approaches the Japanese manga does not change the soul of the protagonist, who remains free, disenchanted and ironic, ready to take sides without hesitation, faithful to the commandment never to betray friends. “Vives is considered the new Pratt and with Quenehen he imagined a twenty.year.old Corto Maltese at the time of the attack that upset that generation” explained Patrizia Zanotti, managing director of Cong, clarifying that she had asked herself, before starting the operation, what the reaction of Pratt’s historical fans might have been.

However, it is not a question of the destruction of a hero, but of his reinterpretation: “They did it with great respect”. And that Corto Maltese is the hero of the moment is also demonstrated by the docufilm “Hugo in Argentina” by Stefano Knuchel on stage on 4 September at the Venice Film Festival as part of the Days of the Authors and the international TV series, announced at the Festival of Cannes eight episodes made by Red Production and which will land on Sky in Italy.