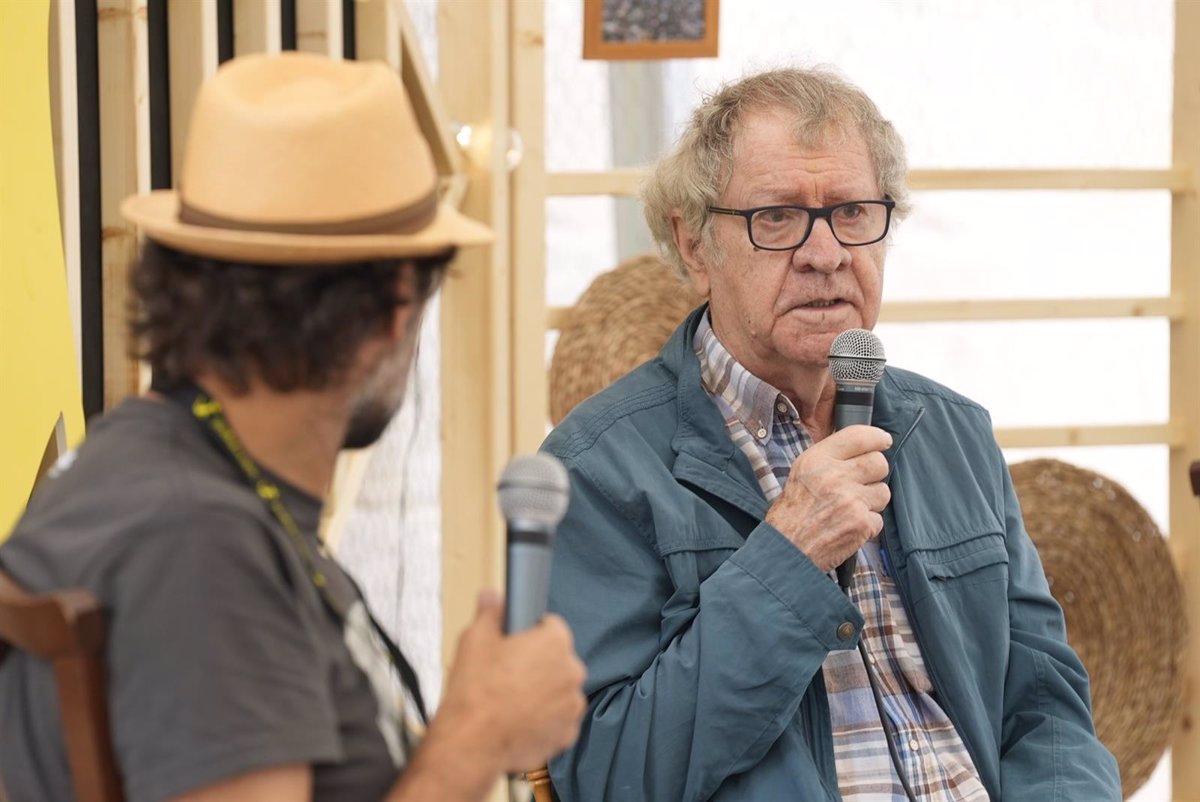 The British historian is the protagonist of the documentary made by Romero-Fresco ‘Where memory ends’, presented at the contest

The Cans Film Festival (O Porriño, Pontevedra) has received this Friday the British historian Ian Gibson, protagonist of the documentary made by the director Pablo Romero-Fresco ‘Where memory ends’, who has spoken openly about the current situation in Spain , country in which you reside. Gibson believes that, for Spain to “develop its potential,” “the Spanish right has to accept the criminality of the Franco regime.”

In a meeting with journalists, the historian has defended his right to say “whatever he wants” about Spain, since he lives here and was nationalized in 1984. “This is an incredible country that has not yet developed its full potential. waiting for his moment, “said Gibson.

In his opinion, to get to that moment it is necessary for “the Spanish right” to accept “the criminality of the Franco regime.” “That is the work that must be done so that Spain is the great country that it can be,” he said. In addition, he has referred, positively, to conservative politicians who do publicly recognize the “criminal” nature of the dictatorship and thus summoned the mayor of Malaga, Francisco de la Torre, and the president of the Xunta de Galicia, Alberto Núñez Feijóo.

For his part, the director of the documentary, Pablo Romero-Fresco, explained that the film’s construction process took eight years due to “different vicissitudes”, including the theft of the computers where the film’s recordings were stored. .

“But all that time, – has reflected Romero-Fresco -, it was important to be able to transmit in just one hour of film all that Ian Gibson is”. In the film, the British historian returns to Las Hurdes, in Cáceres, following in the footsteps of Luis Buñuel to make his mythical film “Tierra sin pan”. Buñuel has been one of the Spanish cultural references to whom Gibson has devoted decades of study, as well as to Salvador Dalí and Federico García-Lorca.

After the passage of Gibson – already with his star in Torreiro – through Cans, the festival celebrates its big day this Saturday with the screening of shorts from the main competition categories – fiction, animation and ‘Furacáns’ -, in addition to paying tribute to the Brazilian director Kleber Mendonça Filho.

As the organization of a festival has reported in a statement, Kleber Mendonça Filho will meet an audience that in recent days has been able to attend the complete retrospective of his work. It will be at 12 o’clock in the Espacio Estrella Galicia da Leira do Río. Next, your star will be placed in Torreiro.

Kleber Mendonça Filho is “one of the most valued filmmakers internationally in recent years”, the festival remarks. “With a cinema that portrays the social and political reality of its environment”, in Brazil, Filho so far directed three feature films. The most recent, ‘Bacurau’, won the 2019 Cannes Film Festival Jury Prize.

In addition, the screenings of the 15 short films that compete in the official section of the Festival in the Fiction and Animation category will be made in double sessions in the morning and in the afternoon.

In the ‘Furacáns’ section there are 10 short films that are committed to unconventional narratives and that will be screened in the Baixo de Bugarín in morning and afternoon sessions. In the Greenhouse of Mucha and Juan do Peso, the second film by Fernando Epelde, ‘El tiempo libre’, will be presented at 6:00 p.m., which tells the story of a man who, ordered by his wife, decides to dedicate himself to a series of invented jobs.

The section ‘Correspondences’, for its part, will present a preview of the filmic dialogue between the Galician director Eloy Domínguez Serén and the Colombian Samuel Moreno, “built in an epistolary way, with round-trip images, since the confinement of 2020.” The ‘Correspondences’ project arose to create a bridge between Galician and Latin American filmmakers, the organization points out.

The festival will close its eighteenth edition on Saturday night, at the Espacio Estrella Galicia in Leira do Río, where the final gala and the awards ceremony will take place at 10.30 pm. It will be at that time that the names of the films best valued by the public and the jury will be known.

Then, at 11:30 p.m., the Galician singer Ses will close the edition with a concert for the public, filmmakers and the organizing team of the Cans Festival.