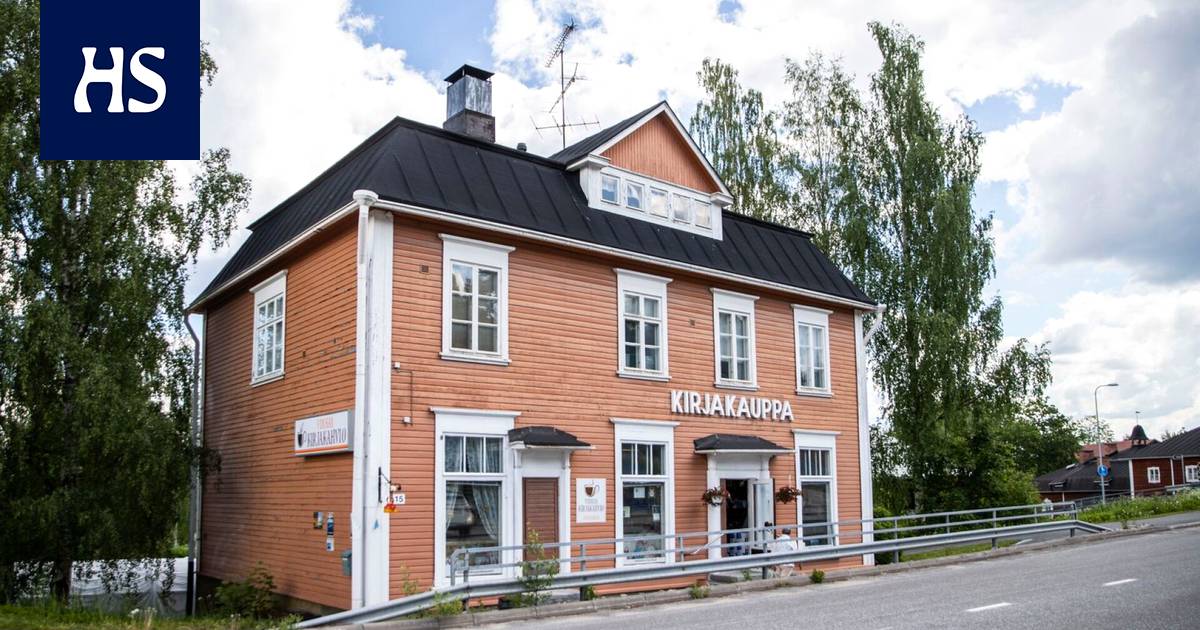 Mikko Vartiainen and Pasi Vainio are book veterans who have worked in the field for almost their entire adult life. They will open a renovated Vinha bookstore on Ruovesi’s main street in April 2023.

Finland the fate of the oldest private bookstore is at stake, Aamulehti said in June 2021. The Vinha bookstore, which operates in an idyllic wooden building on Ruovesi’s main street, has been operating for the fourth generation by the same family, but last summer it was put up for sale – Korona ate the last juices from the operation.

Now, however, a successor has been found to the bookstore. According to the recently concluded agreement, the Vinha property has been sold to Kulttuurikauppa oy, which was established for this purpose. Mikko Vartiainen and Pasi Vainio. Both have worked in the book industry for most of their adult lives.

Vartiainen is currently an entrepreneur in the antique shop, and he will be responsible for Vinha’s operations. Pasi Vainio will continue as Otava’s CEO.

Gustav Wileniussince then Camefounded a bookstore in his home in Ruovesi in 1903. The bookstore has been operating in the current building since 1931.

The new owners aim to continue the traditional stone foot trade and build a cultural center with cafés, events and artist residences around it.

“The bookstore is the foundation here, and the value in itself, but we understand that it is not possible to get a profitable business in that place with the help of the bookstore alone, and that is why our plans have started from a slightly broader vision,” Vartiainen says on the phone.

According to an agreement signed on Monday, the Vinha bookstore will continue in current ownership over the summer. Vinha’s new antique online store will start in the autumn and at the turn of the year the building will be transferred to a new owner. After a renovation in the winter, the renovated Vinha bookstore will open to a new extent on April 23, 2023.

According to Vartiainen, the networks they have collected over the decades make it possible to get a lot of events in connection with the bookstore. Author visits, music, children’s events or visual arts events.

One room will have a small space for changing art exhibitions, the café will be expanded and a summer terrace will be built next to the café.

In the winter, when the physical bookstore is inevitably quieter, the focus will be on the antique online store. The aim is to generate income in the winter as well as in the summer for the transfer of accommodation open to tourists to the artists’ residences.

The operations will be developed together with the municipality of Ruovesi, various organizations and local entrepreneurs, and local employees will be hired for the trade.

To the question Vartiainen is responsible for whether there is still an order for physical bookstores and printed books.

Vartiainen sees the advent of the e-book as a broader development in the industry rather than a dilemma for the Ruovesi bookstore.

“We assume that bookstores may still exist. We have to assess for ourselves the volume at which the bookstore can operate in Ruovesi and how much more we need in addition to it. ”

In addition to preserving the cultural heritage, the shops were driven by Vartiainen and Vainio’s own life situation and future dreams.

“Probably one of our starting points is that we are romantic enough,” Vartiainen says and laughs. “But we understand that romance doesn’t live, and we don’t want to stink but make things work.”