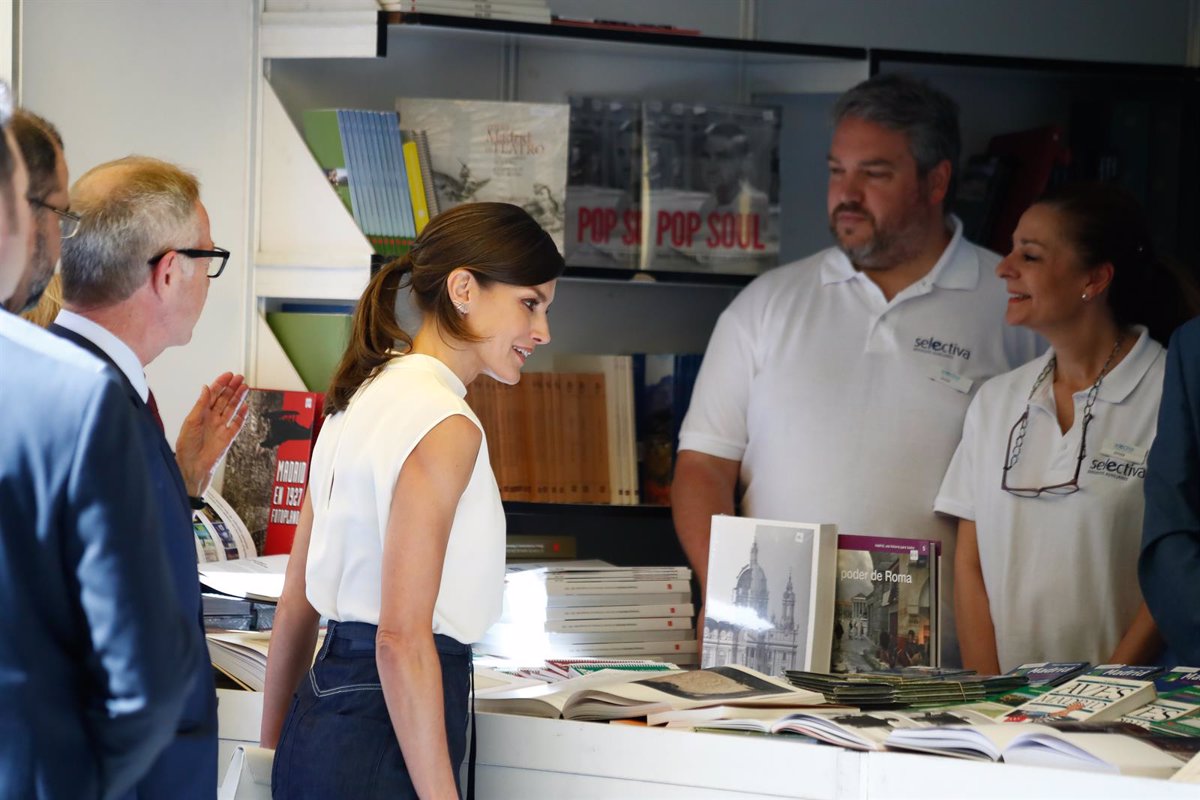 Queen Letizia will be in charge of inaugurating the 80th edition of the Madrid Book Fair, next Friday, September 10, in an event with limited capacity in the Retiro Park, as confirmed by Casa Real.

The presence of the monarchs on this first day of the fair is something common, especially that of Letizia, present in practically all the last editions – King Felipe was with her in 2017. In 2019 and 2016 the Queen attended alone and, in 2018, the person in charge was Infanta Elena.

The Book Fair returns in face.to.face format – although outside its usual date, in May – after the virtual edition of the previous year, due to the coronavirus. The director of the Madrid Book Fair, Manuel Gil, has assured that, despite health limitations, in this new edition of the literary event the signatures with the authors will be maintained and there may even be ‘selfies’, although “at a distance” –

The Madrid Book Fair will open on September 10 and for 17 days the famous Madrid booths will occupy a part of the Retiro Park, although with differences compared to other years. There will be a capacity limitation of 75% or the reduction of the space from 1,400 meters to about 500, in addition to the mandatory use of a mask, the maintenance of the safety distance or the preference for payment by card.

“The fair is very similar in terms of programming, exhibitors and magnitudes compared to the fairs of 2019 and previous years. The only situation that is not the same is the capacity control, since before two million people were counted in 17 days and now it will not be possible “, the director of the fair, Manuel Gil, pointed out in an interview with Europa Press.

Thus, the fair will take place in the Paseo de Coches del Retiro, with a fence and a register to control capacity. The maximum allowed will be 3,900 people inside the enclosure, so the organization estimates it will reach around 30,000 or 35,000 visitors per day. “It is a really high figure,” Gil added.

In any case, Gil has ruled out the possibility of “huge” queues forming for author signatures. “A queue with, say, 300 people waiting is not foreseeable, because there is an almost direct relationship between the capacity and the queue. If you have 35,000 people, it can be formed, but if you have 3,900, 1% is 39 people,” he said. nuanced.

Therefore, he has stated that there will be “absolute normality” and “you should not lose your cool.” This edition has been called the “reunion fair”, which will be held to coincide with the general de.escalation that is taking place in all sectors, and with the aim that in 2022 it can be held in a “normalized” way.

In any case, Gil has confirmed that “there is no chance” that the fair will return to September next year. “In 2022 it will begin again on the last Friday of May: it is proven that they are the best dates and there are a lot of reasons that justify returning to them,” he concluded.