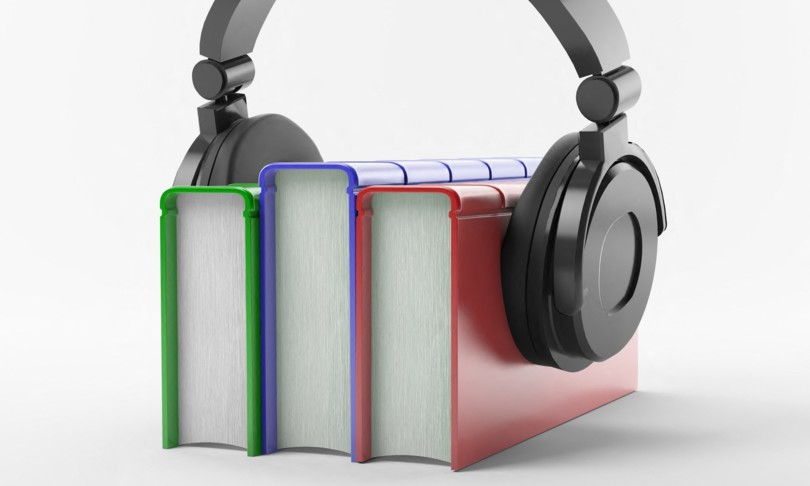 One in five Italians listens to audiobooks, at least according to new data provided by Audible, an Amazon company among the major players in production and distribution. Therefore, it continues at full speed a positive trend with a surge already widely documented in recent years especially during the first lockdown, and which today is witnessed by new positive data.

According to the latest research conducted for Audible by NielsenIQ, audiences are still growing and are now 17% of the adult population, for a total of 10.2 million Italian users of stories told by great voices, a nice + 2% compared to the 2021.

40% of the interviewed sample has listened to at least one audiobook in the last year and 11% of this is a so-called heavy user, that is listen to audiobooks regularly at least once a week. Most of the audio readers, 35%, declare to alternate paper books and ebooks; 37% also appreciate taking advantage of the numerous podcasts distributed on the various platforms available in Italy.

The time that Italians are willing to devote to listening to their favorite stories is also growing: the average duration of the listening session reaches the limit of half an hour in 2022, despite the impact of social networks that put a strain on the people’s ability to concentrate: the listeners remain glued to the headphones for a good 27.5 minutes (+ 10% compared to the previous year).

Who listens to audiobooks and where

The Millennials are the most passionate consumers of audio books, 44% of the generation that covers the age group ranging from 25 to 34 years in fact is an avid audio reader. As other data reveal, it seems that the audiobook tackles family dynamics, so much so that 39% of the parents interviewed state that they have children who listen to audio books and of these 48% made their children listen to an audiobook for the first timewhile 31% started listening to audiobooks under the advice of their children.

Also in 2022, the house is confirmed as the favorite place to enjoy the company of an audio book, 74% of Italians give a voice to stories in the comfort of their own home while carrying out other actions intended for the care of the house such as cooking, cleaning, tidying up or taking care of the garden. Thanks also to the gradual return to a more open-air life compared to last year, the number of people who listen to audio books while traveling between home and work is increasing: audience ratings in the car and on public transport have increased, respectively to 24% and 18%, compared to 20% and 14% in 2021.

What do you listen to

Wherever you decide to press play and enjoy an audiobook, listening tastes between 2021 and 2022 remain the same. The ranking of the most popular genres in Italy confirms the three timeless ones on the shelf: classics (30%), thrillers (30%) and fantasy and science fiction (22%). When it comes to choosing which audiobook to listen to, Italians prefer novelty. 52% listen to an audiobook they have never read, only 28% willingly listen to a story they already know.

The audiobook becomes a means to make Italians passionate about new stories and new authors, prompting people to devote more time and attention to culture. In terms of listening language, Italians prefer the native language. 98% of the sample listens to audio books in Italian, followed by English at 20% and Spanish at 5%. The main driver for listening is, as in previous years, relaxation (44%) but the number of listeners who, when they cannot read, listen to learn, is increasing, rising to 28% compared to 23% in 2021.

For the first time this year, audiobooks are seen both as a means of entertaining oneself while other activities are carried out and as a valid tool for in-depth study and learning, both tied at 46%. The percentage of Italians who consider them a true ally against boredom (45%), loneliness and stress (both 43%) is also high.

The most listened to

The saga of Harry Potter by JK Rowling read by Francesco Pannofino, one of the greatest Italian voice actors and actors, is not only the most listened to book of 2022 but also the most listened to in Italy ever; second position, in both rankings, covered by the same novel, namely “The Count of Monte Cristo” by Alexandre Dumas read by Moro Silo.

In 2022 the other books most listened to by Italians were, in order, “For nothing in the world” by Ken Follett read by Riccardo Mei, “The winter of the Lions (The saga of the Florio)” by Stefania Auci read by Ninni Bruschetta, “The Pillars of the Earth (The Kingsbridge Trilogy)” by Ken Follett read by Riccardo Mei, “Tre” by Valerie Perrin read by Lucia Mascino, “Story of the lost child (The brilliant friend)” by Elena Ferrante read by Anna Bonaiuto , “Serenade without a name: Il commissario Ricciardi 9” by Maurizio De Giovanni read by Paolo Cresta, “Dune (The cycle of Dune 1)” by Frank P. Herbert read by Alessandro Parise and “The cry of the rose: Anita’s investigations ”By Alice Basso read by Alice Basso herself.