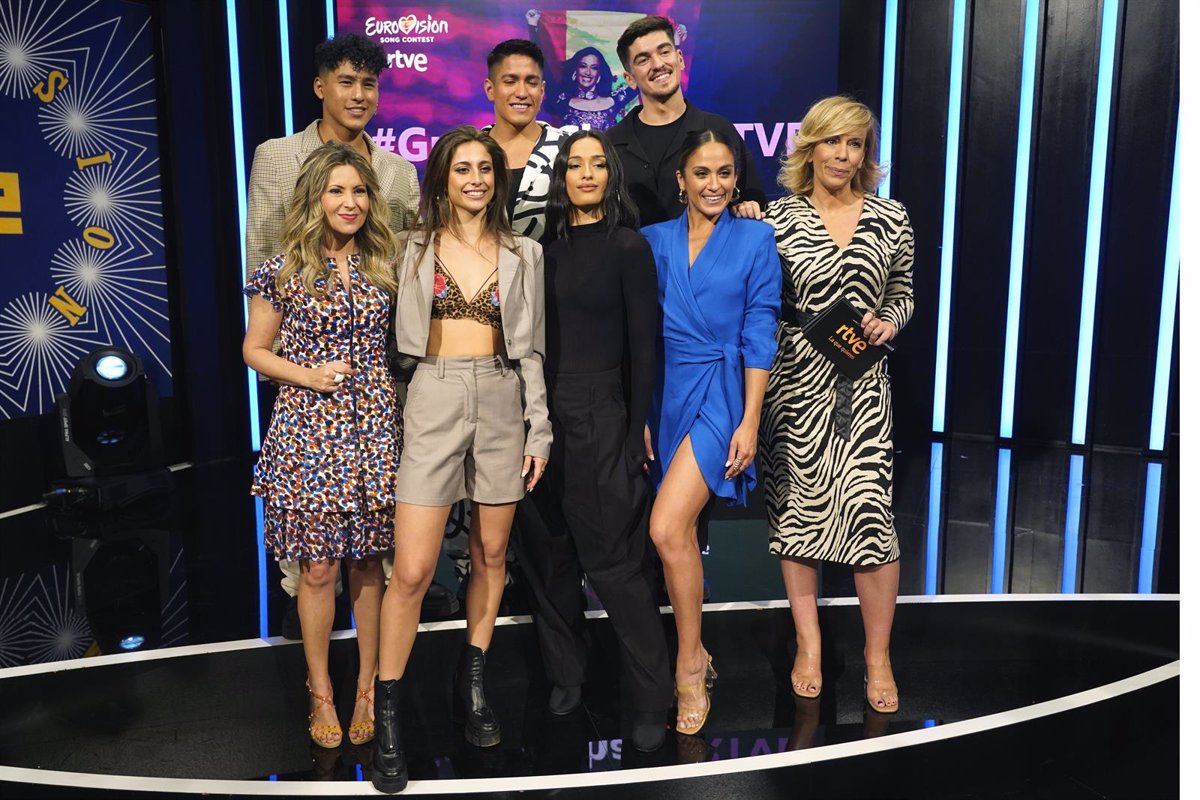 Receive live the apologies of the Italian presenter who judged his performance and the congratulations of the Kings: “You have made history”

The representative of Spain in Eurovision 2022, Chanel, offered this Tuesday a press conference in Madrid where he expressed his satisfaction after passing through the festival, in which it was in third position and achieved the best result for Spain in 27 years.

“If anyone wasn’t on the ‘SloMo’ boat from the beginning and has jumped on it now, they’re welcome.. I have no grudge for that hate, but let’s learn from this, “she said in relation to the criticism she received after being chosen to represent Spain in Eurovision after the Benidorm Fest.

In addition, it has been revealed that a WhatsApp group was created by the participants and they expressed their support. “I keep the good, the bad why pay attention to it,” she reiterated.

Thus, she has assured that she is “a positive woman”. “I haven’t done a reading yet on how bad it happened. I have not worked to shut up mouths, but for us and the candidacy. Everything has been placed where it had to be “, she has settled.

On Ukraine’s victory thanks to televoting, the singer has limited herself to expressing her satisfaction with third place. “We are happy with our position and we focus on what we have done, not on what is happening around us,” she said. In this regard, she has acknowledged that the same day of the final he woke up “with the song in his head”.

In addition, on the controversy with the votes in Eurovision, after the organization assured that it detected irregular patterns in the scores sent by the juries of six countries and decided to replace them with an estimate based on the votes of countries with similar tastes, Chanel has preferred do not go into the matter: “That has to be clarified by the EBU. We are artists and with what we did on stage we were already winners“.

For her part, the director of Communication and Participation of RTVE, María Eizaguirre, María Eizaguirre, also present at the conference, wanted to highlight the “good work and professionalism of all the people” who work in the event, recalling that it was the European Broadcasting Union (EBU) itself –the organizer of the festival– “which released the statement and detected irregularities already in the semi-final”.

“The result is that he is. The rules are clear, they are included in the regulations and this adjustment of votes has already been carried out on some occasion,” he recalled. “Right now the second place for Spain is not at stake, let’s put a little sense: Ukraine has won because the televote gave it the majority support and Chanel has won, we return to occupy the position we deserve. We are on the way to bring us that glass microphone”, he added, adding that Spain has offered its “outstretched hand to organize whatever is necessary”, in case Ukraine could not host the event. “It is our show of solidarity to the Ukrainian people,” he assured.

In this press conference there have been several special moments for the artist. Thus, for example, she has received live congratulations from the Royal House, a message signed by King Felipe VI and Queen Letizia, in which they are grateful for having represented Spain and congratulate Chanel for her performance. “You have made history with that third place in the final”, affirms the message read live by Chanel who did not stop exclaiming: “How strong!”.

On the other hand, she has received a bouquet of red roses with apologies from Cristiano Malgioglio, the Italian commentator for RAI, Italy’s public broadcasting company, who said after her performance that she was “a cheap Jennifer Lopez.” In a video broadcast live at the wheel, Malgioglio has stated that “there was never any intention to offend and that it was misunderstood“, in addition to denying that he encouraged the audience not to vote for the Spanish artist.

Chanel has admitted her apologies: “No one likes to be told something like that. It’s a somewhat unfortunate comment, but apologies are to be commended.” In this regard, Eizaguirre has indicated that RTVE “expressed its discomfort at what happened and RAI has apologized in a very clear and forceful way. They have transferred all their love to Chanel.”

In short, Chanel has once again shown her satisfaction with her performance and the position achieved in the final. “I feel a lot of pride, what we did on that stage was not at the touch of a magic wand, it was done with work and a lot of enthusiasm.. The final photo would not shine as much if it were not for the entire team behind it”, he assured from RTVE’s Prado del Rey Studio 4.

“We are landing from the cloud. Down to the ground,” the artist acknowledged. “We haven’t had time to analyze anything yet. The only thing I can say is that we were connected, feet on the ground and living it”he added, without forgetting his dance team (Exon Arcos, Josh Huerta, Pol Soto, Raquel Caurin and María Perez), present at the press conference, together with the head of the Spanish Delegation at Eurovision, Eva Mora.

“I never imagined living this. I still have to sit down and settle everything we have experienced. Enjoy it and mourn it,” Pol assured, in line with Exon, who acknowledged that he was “very excited.” “I represented many crying with three 12 in a row”, he has confessed as well as María, who has lived it “very intensely”. “It has been a dream to have been able to live it from the beginning. I met her in ‘Malinche’ and being able to live this together is very special,” he added.

Chanel has also revealed some anecdotes from the performance, such as the weight of the jacket designed by Palomo Spain for the occasion: “It’s heavy, it’s beautiful. I have to say that I had a bit of a crisis at the beginning because I thought I couldn’t handle it. In the end it came out, and in the final performance I opened it as if it weighed nothing,” he confessed.

About her future, Chanel has advanced that “little things are coming”. “There are many ingredients and it remains to bring them to the boil. There are still many dreams to fulfill. I’m already managing things. A disc? it’s possible“, he revealed between laughs without wanting to give more details about it. “I have no words. It is very difficult, and now everything is so bright that it blinds you. There is no time to watch or read anything. Taking Spain to the podium is very strong”, she insisted.

In any case, he has advanced that he will go to Olesa de Monserrat (Barcelona), the town where he grew up to spend “a month locked up at home with my family”, while on several occasions he has joked with the possibility that they would host the festival next year if held in Spain.

The artist has also had words for the “very high level” in Spain. “It is not necessary to look ‘outside’, let’s look ‘inside’. We have amazing people. We are very happy to make this visible.”, has reiterated, in addition to sending a message of encouragement to the girls. “When I was little and I saw artists of color and strong women, I felt represented. I would tell all the girls to do what they want, to dress as they want and to live,” she emphasized.

Previously, Eizaguirre has also recalled some of the milestones reached by Chanel after passing through Eurovision, such as “more than 980,000 tweets, the largest conversation of the year on Twitter”, “64 million views on RTVE platforms, an increase in 989% compared to 2021”, “the second most watched performance after Ukraine on YouTube” and, “with 15 million on Spotify”, it is “gold record”.

For her part, Eva Mora has conveyed the importance of having been able to materialize “an illusion” and has advanced that work is already underway “at the Benidorm Fest 2023”. “I will not present myself at the Benidorm Fest again, because it is a unique experience. I want to leave that space to whoever wants to experience it”, Chanel has ruled out the possibility of presenting it again.