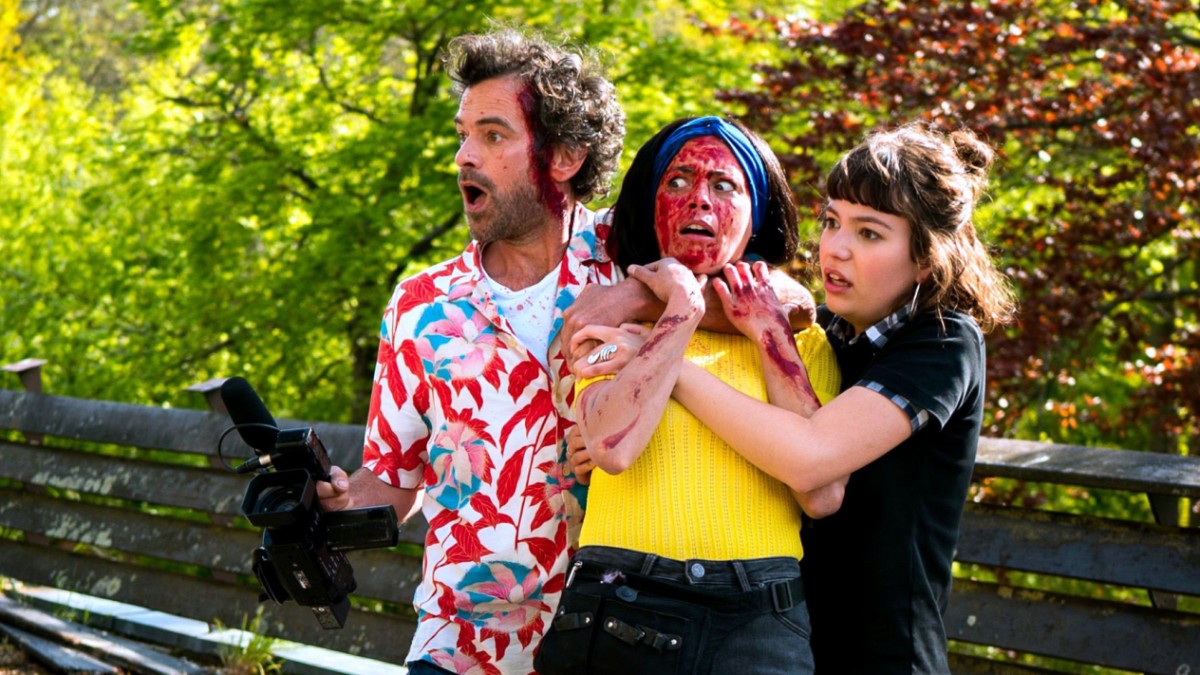 A walk along the beach promenade is a must on the first day of the festival in Cannes. Best early in the morning, before all hell breaks loose a few hours later and thousands of guests make a pilgrimage towards the festival palace. From noon onwards, it often takes a whole hour to cover a quarter of an hour. But at half past seven in the morning, the Croisette is still quiet except for a few joggers and delivery people.

At the luxury hotels, production companies and world sales companies are just putting up banners on the balconies to show which suites they are staying in. In the next two weeks, film rights will be traded there, finished projects will be sold all over the world and new film ideas will be pre-financed. Opposite, the owners of the beach bars are preparing for the onslaught of visitors with their usurious prices. Many premiere parties take place here at night and also many events that actually have nothing to do with the film festival itself. But many organizers use the hustle and bustle for PR campaigns. A popsicle maker, for example, flies in Kylie Minogue for a party.

If you approach the “Palais des Festivals” between hotels and beach bars, you will pass large white tents in which different film countries will present themselves and hold receptions on the beach. On this last section of the promenade, students distribute the festival newspapers of the big Hollywood magazines every morning Variety and Hollywood Reporter. Their editorial teams fly in from Los Angeles and produce daily issues in glossy format. This is fun reading while waiting in line for security at the Festival Palace. Since the attacks in Paris and Nice, everyone who wants to get in here has been x-rayed like at the airport.

So while you wait, you can read film reviews and industry gossip in the festival newspapers. But the funniest are the advertisements for films that are offered for sale for the world market. For example, the company Picture Tree International is promoting the purchase of the German provincial comedy “Kaiserschmarrndrama”, which is offered to international buyers under the title “Bavarian Rhapsody”.

There is also a very B-Picture looking thriller with Kevin Spacey who has disappeared into obscurity, through which he will probably not find his way out of obscurity again. His name is “Peter Five Eight”, in the photo you can see Spacey, accused of sexual harassment, with a large gun. And some prankster came up with the line “The culprit always pays his price” as the subtitle of the film. Does that mean the character or the actor? In any case, anyone who wants to buy the film for distribution purposes can contact the American company VMI Worldwide.

On the last few meters to the festival palace, you stand under the giant version of the official poster of this 75th anniversary edition: It shows a scene from “The Truman Show”, the last one in which Jim Carrey climbs sky-colored steps to freedom – one of the great moments in recent cinema history. Although, what does younger mean, the film is already 24 years old.

Yes, it’s also about the cinema – but everyone runs to the espresso bar first

In any case, people came here to discover the big cinema moments of tomorrow. Admittedly, most visitors to the Palais don’t run to the cinema first, but to the free espresso bar of a large coffee capsule manufacturer on the first floor. There, a good dozen attractive French people let the capsule machines glow at such a speed that any hopes for climate protection are abandoned – Greta Thunberg would probably have a heart attack.

So now cinema! The opening film “Coupez!”, a zombie comedy, was shown there on Tuesday with the usual fanfare. They like zombie comedies in Cannes. The festival opened three years ago with Jim Jarmusch’s “The Dead Don’t Die”. “Coupé!” was directed by French director Michel Hazanavicius. He is one of the most successful filmmakers in France, his biggest hit was the silent film homage “The Artist” in 2011.

Now he tells the story of a film team that is supposed to shoot a live zombie film in just one take for a new Internet platform. The leading role is played by French film star Romain Duris. He is the desperate director of the zombie project, where everything that can go wrong goes wrong. Actors who are bitchy, drunk or suffering from diarrhea make his life hell and ruin the film.

The narrative trick is that in the first half hour of “Coupez!” gets to see the complete kinky zombie short film and wonders what nonsense spectacle you’ve ended up in. Only then is it told in flashbacks how it all came about. This is a daring dramaturgical maneuver for an opening film. Because the spectators in Cannes are merciless. If you don’t feel entertained here right away, you’re more than welcome to leave the hall after twenty or thirty minutes, although “Coupez!” only then really gets going – at least a little bit.

The film has quite a few absurd and comical scenes. However, he is not a big hit. But the magical cinema moments can still come. From now on, 21 films will compete for the Palme d’Or in the official competition for almost two weeks.