The noble art of the publisher boxer 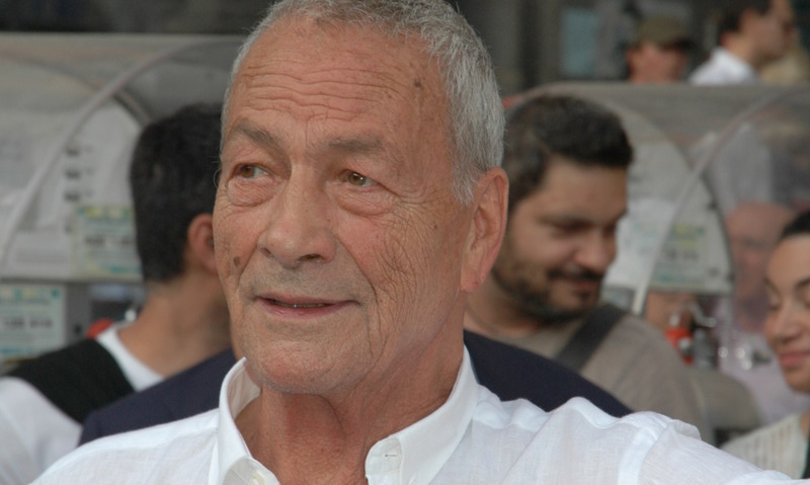 Another Neapolitan tan claro, tan rico de aventura like Tullio Pironti will be born: boxer by inclination, bookseller by dynasty, a publisher with a talent that can only be partially explained by will and luck. The rest is consigned to the mystery of the individual figure. As with many talents.

If to sing the multifaceted Ignacio Sánchez Mejías (bullfighter, pilot, journalist, playwright) he took the pen García Lorca, to celebrate the elegant and scugnizza existence of Pironti he thought about it himself with an autobiography published in 2005 and just brought back to the bookstore by Bompiani, a few months after the author’s death. Books and punches (208 pp., 12 euros) you read or reread in one breath because each chapter is a fragment sufficient to shine.

Whether you keep it tucked into your necklace or look at it yourself, you wonder how this outsider will have managed to compete with the publishing giants. How Don DeLillo, Bret Easton Ellis, Nagib Mahfuz were the first to publish in Italy. How he won the admired affection of Fernanda Pivano, the shy esteem of Giulio Einaudi, the warm sympathy of Fellini, the generosity of Sciascia. With what face he will have said no to Giulio Andreotti and Licio Gelli. By what distracted confidence he has deluded Tahar ben Jelloun that he is smarter than him. Tullio Pironti explains it in those short chapters, which for the Hemingwayan cabal amount to forty-nine. He does not keep the tricks for himself but, even if revealed, you realize that only he could succeed.

Before publishing, equally vivid are his impressions of childhood in wartime, about the boxing matches and the punches of which he confesses the fear, but at the bottom of that adrenaline the need persisted and as a publisher it led him to challenge Mondadori in a memorable telephone auction to acquire the rights of Easton Ellis. He risked ko but won the match. When the figure exceeded 50 million (at the time not a trifle), in Segrate they would have had to meet the board of directors to decide, while Pironti was the board of himself and said yes on the spot. The welterweight hits faster and sends the heavyweight to the mat.

The happy suspicion is that he he transferred the principles of boxing to work, and that boxer also hung his gloves. What related books and punches is explained by Antonio Franchini in the introduction to the autobiography: “his artistic nature which was the glue between two apparently distant activities, because his being a boxer could not be questioned, and how it would have been the editor was eccentric, so was the boxer “.

Pironti “had lived a time when simulation was not in fashion”, Says Franchini. Therefore he did not pose as a character. He was. An example is the simplicity with which he recalls the extraordinary Naples of Lucio Amelio, who telephones him saying: “Tullio, tonight I’m coming to dinner in Piazza Dante with Joseph Beuys and Keith Haring”. He replies: “And who am I?”, Then he books at the restaurant a few meters from the bookshop, where Haring sympathizes with the owner and draws a work on his napkin.

Pironti’s stories leave the double aftertaste of a joyful curiosity to live and the incurable melancholy of those who feel they have “always missed the last goal”. One evening she was about to confess it to Fernanda Pivano, but out of modesty at the last moment she assured her that everything was “fine”. How to better explain the motions of the sun and the moon in the intimate sky of an ancient Neapolitan.

The story of the missing book by Nunzio Giuliano, the eldest son of the Camorra family from Forcella who dissociated himself from the clan after the death of his son from an overdose. Tullio knows that a text of exceptional power would come from this human experience, but Nunzio thinks rather of an apologue on social unease and redemption, despite the attempts to explain to him “not only the work that the public would expect from him, but the one that it would be right for him to write ”. Pironti’s effort and refusal to make a wrong book, Franchini notes, are a practical example of the profession of editor.

(I attended Nunzio as a chronicler with the same intentions as Pironti – and identical results. He lived on the Riviera di Chiaia, far from the meanders of Forcella, cultivated jazz and reading, possessed “a charm and elegance”, had forty years of to which those spent in prison amounted to about half. Much later in another city I learned of his end, the “transversal” victim of an ambush that went unpunished. That year the first edition of Libri e cazzotti was released).