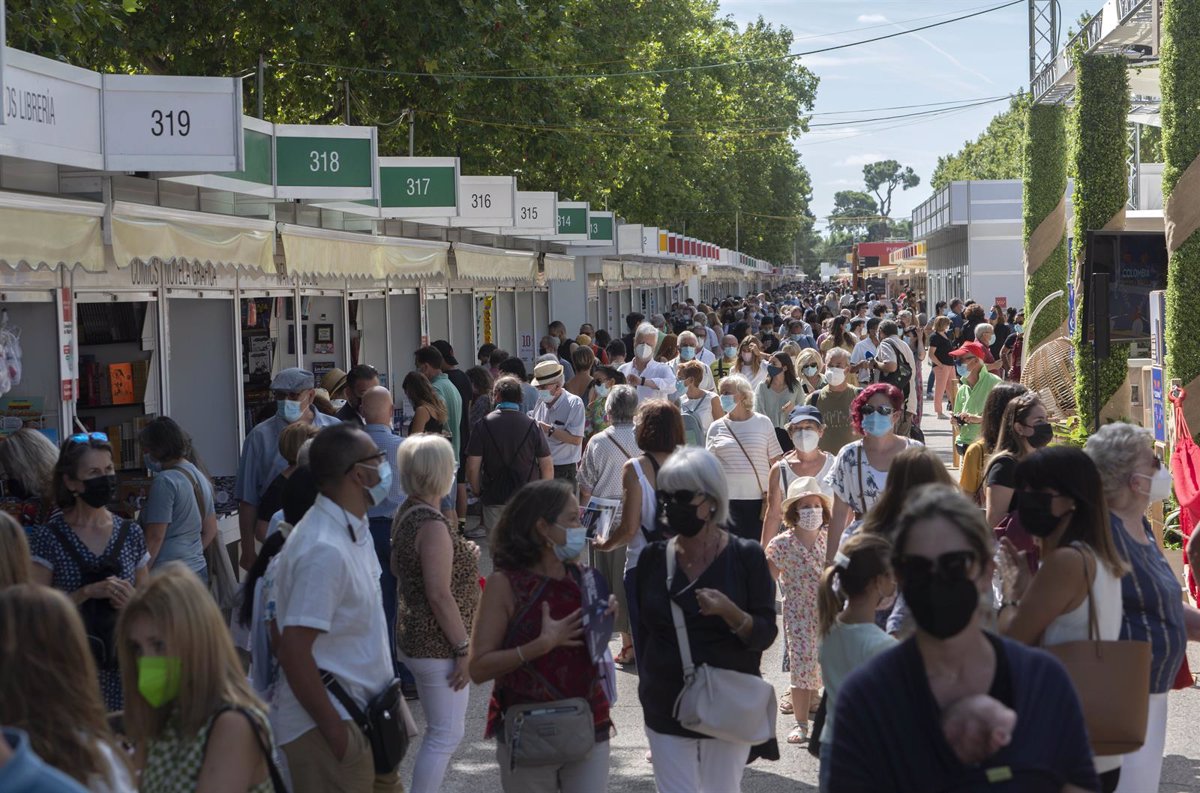 The Madrid Book Fair which will take place from May 27 to June 12 at the Retiro Park will return with a post-pandemic edition in which there will no longer be restrictions, but neither public address announcements nor paper plans of the booths with the aim of improving the sustainability of the event.

In addition, in the presentation of the event, the new director of the fair, Eva Orúe, has advanced that Four spaces will be enabled to host “mass signatures” that will allow the lines of people to be moved outside the venue and, in this way, lighten the usual crowds in other editions.

“A lot of people had told me about the public address system that they didn’t pay attention to the signature announcements, although they did stick with the singsong. I respect the nostalgia, but the signing loops on some weekends lasted more than an hour and a quarter and no one expected to hear the public address“, said Orue.

To compensate for this absence of plans and public address system, the organization will have eight people who will not be in a single fixed point, available to offer information regarding the booths. Likewise, four screens along the route –1.3 kilometers for the booths– will have data regarding the signatures and activities.

In the previous edition, the controversy arose at the end of the event due to criticism from several independent publishers, who felt harmed in their sales figure being displaced to the space known as the ‘central island’ with less visibility than other booths.

Orúe has acknowledged that the requests for meetings with people who “felt mistreated” in the last edition have been common since she took on the position of director. However, Despite stating that “a part of the criticism can be understood”, he recalled that this edition had limited capacity and they were “exceptional circumstances”.

For the 2022 fair there will be no opening conference as usual — there will be an opening talk between three authors — and the opening hours in the morning and afternoon are brought forward 30 minutes. What will be maintained will be the closing at noon — “we have studied it, but there are problems such as some of the booksellers having to attend to their business outside the fair or that there are moments of unbearable heat,” he indicated.

Within the programming, the organization plans a tribute to the writer Almudena Grandes next June 11, with a “popular character” – people will be able to come to the fair to read paragraphs of his books, also in other languages ​​of the multiple translations of his work -.

In addition, a tribute to Domingo Villar, the author who died this past Wednesday of the series on inspector Leo Caldas, is also being prepared. “We want it to be a normal and usual fair, it did not seem prudent or intelligent to us to make big changes with respect to an event that has a history of success“, has pointed out the director of the Fair.

For this edition, the Fair will be dedicated to travel with the motto ‘Browse the world’ and will have a budget of 1.3 million euros, 378 booths and more than 400 exhibitors –which will make it the largest in the 21st century by number of participants– and it is also expected an influx of public, authors and sales.

In 2019, the last year it was held in its traditional format, it received 2.3 million visitors and 550,000 copies were sold, which translated into an approximate collection of 10 million euros.