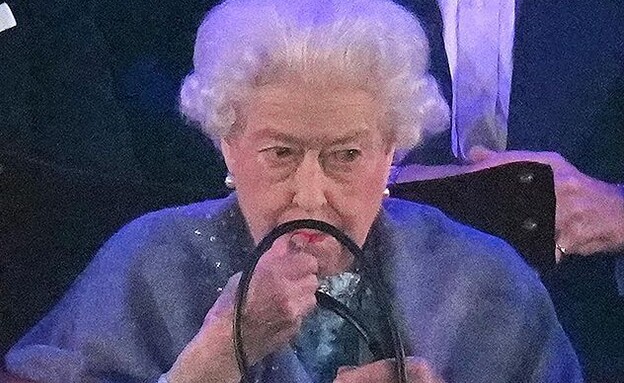 Queen Elizabeth was a guest of honor at the Royal Horse Show in Windsor, celebrating her historic reign – and all eyes were on her. During the event she was photographed laughing, cheering, chatting and clapping, but one moment caught the eyes of photographers and fans.

Without warning, the Queen (96) took out a pink lipstick bag – and smeared it on her lips. She was not even helped by the mirror, which greatly amazed the fans who loved the moment. But, according to beauty magazines and etiquette experts, people who wear makeup should only do so in the bathroom, away from other guests and cameras, but the cameras did not seem to bother the queen and she fixed her blush from a seat while watching the show.

“One of the photographers actually caught the queen applying some lipstick in the middle of the event, something you don’t see very often,” said the ITV’s royal editor, Chris Schiff. Aside from the light lipstick, the queen kept the rest of the makeup neutral, wore pearl earrings, and wore a silver dress with a complementary gray-silver scarf. We are in favor of putting a stripe on the world, even at the age of 96.