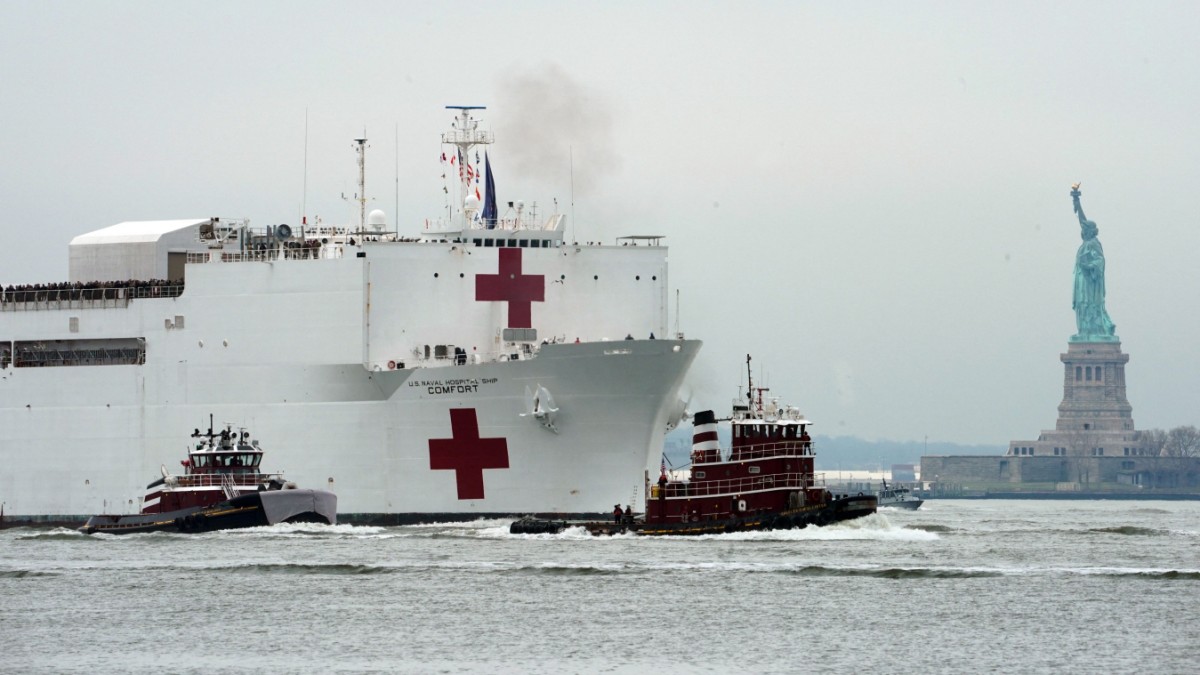 What does the light muse do with heavy fabrics? She makes them easy. Vinod Mehta, an immigrant from India, lost a lung to cancer and then his job as an adjunct professor at a New York college. He now works as a chef at a fast food restaurant in Queens. But he’s lucky. When the virus had the city under control in spring 2020 and refrigerated trucks with the bodies of the deceased were parked behind his local hospital, he got caught up in a comedy that kidnapped him into the countryside. His old college friend Sasha Senderovsky and his wife have invited him to one of the bungalows on their property. The comedy – maybe it’s the first season of a TV sitcom – wears a mask. She looks like a Corona novel.

The American writer Gary Shteyngart, born in 1972 to a Jewish family in St. Petersburg, then still called Leningrad, was still young when his parents left the Soviet Union. The world of Russian immigrants is omnipresent in his books. Even his debut, the “Handbook for the Russian Debutant” (2002), was a great success. One of his special disciplines, not only in the memoir “Little Failure” (“Kleiner Versager”), is self-parody. This category also includes Alexander “Sasha” Senderovsky, writer and screenwriter, exactly the same age as his inventor, who is not averse to good food and good wine. He is the host in the new novel “Landpartie”, originally called “Our Country Friends”.

The friends he’s offering refuge from the virus at his hilltop property somewhere near the Hudson River are almost all immigrants like himself and his wife Masha. But they are not from Russia. Ed, full name Edward Sungjoon Kim, scion of a wealthy business dynasty, cosmopolitan, dandy and excellent cook, was born in Seoul in 1975. Karen Cho, a software developer in Silicon Valley and inventor of a spectacularly successful dating app, also has a Korean immigrant background. “I guess I’m the only real white cheek around here,” says Dee Cameron. She comes from the southern states, from Georgia, and as a student in one of Sasha Senderovsky’s writing courses, she is the only representative of the younger generation. She is now the author of a successful collection of essays.

Her name is one of those catchy jokes that Senderovsky shuns as little as his author. But Shteyngart’s novel has little to do with Boccaccio’s “Decamerone”, the archetypal image of all country outings in times of plague. He doesn’t gather his actors to tell them about love and other misadventures, he entangles them in erotic adventures and in their own past. For the adventures he falls back on the theater stock. Karen’s dating app, Tröö Emotions, is a modern day revival of the potions and fairy touches that caused madness in old Midsummer Night’s dreams. No sooner has the star guest arrived in the small colony, the actor who has the entire nation – including Senderovsky’s wife Masha – at his feet than the app hooks him up with Dee Cameron. The guest star isn’t one of the “white cheeks” either: “I hear you’re half Irish, but also a quarter Turkish?”

The Senderovskys’ daughter, eight-year-old Natasha, known as Nat, completes the immigrant tableau. She is one of the gifted nuisances that comedies in urban intellectual milieus belong to, has a crush on a Korean boy band, but is an adopted child of more Chinese descent. In one of the casual punchlines, which Shteyngart succeeds in at least as well as the striking ones, she plays “an only-child version of hide-and-seek” with herself.

It is thanks to the translator Nikolaus Stingl that Shteyngart’s lighter tone, including the fanned out register of punch lines, has been preserved in German. And playing with Russian literature, especially with the stories and plays by Anton Chekhov. In Chekhov’s case, the landowners are notoriously threatened with impoverishment or are already behind it. Senderovsky is fighting increasingly desperately against the erosion of his business, the actor is only invited because the dwindling hope hangs on him that the writer’s screenplays could still become a television series.

An actor-directed performance of “Uncle Vanya” contributes to the Chekhov karaoke, but the “Scenes from Country Life” bring mirror effects between the performers and their roles, but do not advance the landowner. His hope dies in sentences in which Stingl hints at German Chekhov translations: “He could picture himself copying the best lines from his past, regurgitating his youth, now that the future was nothing but the slow, dull ticking of a metronome that Steinway was.”

His name is never mentioned, but that Trump is still president is one of the background assumptions of the novel

Shteyngart gets a little tangled up in the episodes he treats the actor to after the illusion of app-based love is gone. Maybe because he gave this character a lot less past than his old college friends. They’re all in the country because of the virus, and in the end the hosts look “like two participants at a welding congress” behind their plastic visors. But behind the mask of the Corona novel, Shteyngart indulges his old passion, the comic, sometimes tragi-comic, portrayal of the United States through the eyes of immigrants. This time, however, the Russians are not in the majority.

Karen, the epitome of a Korean performance climber, has to defend herself against the accusation that, despite her origins, she belongs to the “Karen-Women”, the recently invented label for typical majority American women. But when she’s walking the streets around the country house with Nat, the rather Asian-looking pain in the ass who tunes a lot of sad tunes, the two are spotted by an SUV and nearly hit. In Corona times it can be dangerous to look Asian.

The president’s name is never mentioned, but the fact that Trump is still in the White House is one of the background assumptions of the novel: the death of George Floyd, the declarations of loyalty to the president and to the police in the neighborhood, the stickers on the backs of the pick-ups, the shitstorm that hits Dee Cameron when trace elements of racism are discovered in one of her essays, the dark SUVs on the gravel driveway to the country house, all of this opens up the retreat of the “country friends” and virus refugees to the outside world. There are no debates about health policy and virus shop talk.

Like Chekhov’s “Uncle Vanya”, Shteyngart’s novel is divided into four acts, there is no lack of dialogue, perhaps, unlike Senderovsky’s screenplays, it will make it into a TV series. What he can above all throw into the balance: the light-handed mimicry of a basic motif of Chekhov’s world, the demons that emerge from the life not lived.

In general, the threads of life that has not been lived come together in Vinod, the obsolete fast cook with a living will in his luggage. Shteyngart persistently nurtures the suspicion that Vinod could have become an important writer if his early manuscript had found its way into a publishing house. How it ended up in a shoe box and then in Steve the groundhog’s den instead is one of the not-so-funny stories in this lightly written novel, like Vinod Mehta’s himself.