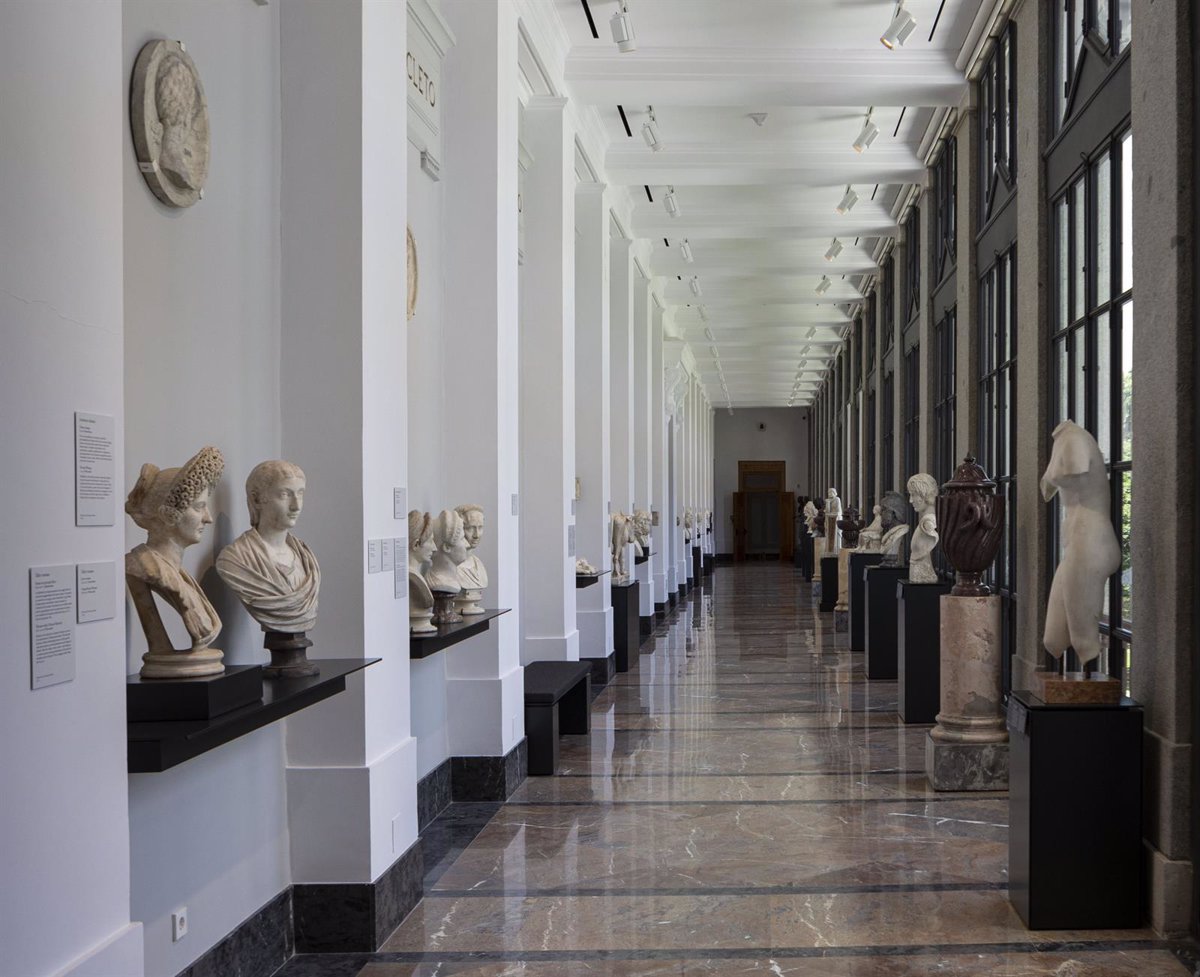 The Prado National Museum has architecturally rehabilitated the north ionian gallery space located next to the Central Gallery on the first floor, to show different sculptures that cover twenty centuries of art: from to Ancient Egypt to Baroque, through the Roman world and the Renaissance.

The new exhibition is made up of 56 pieces that recreate the way in which they were part of the galleries of great collectors of the time. The selection begins with two Egyptian heads, a representation of this artistic period, and is completed, at the exhibition level, with two other works that the Prado has permanently deposited in the National Archaeological Museum.

As explained by the institution, the portrait is one of its main threads and you can see different versions made in Rome, from Greek philosophers and writers, such as Homer, Xenophon or Sophocles, to portraits of great characters in its history such as Empress Julia Domna, through portraits of ladies or Roman interpretations of Egyptian iconography.

THE LEGACY OF SUREDA

The rooms for this sculpture exhibition, on the ground floor of the Juan de Villanueva building recover the spirit of the architect’s performance Alexander Sureda which between 1878 and 1881 conceived, with other approaches, this space for the exhibition of sculptures.

Sureda fitted out the two façade galleries on the first floor, open to the Paseo del Prado and articulated to the outside, with large Ionic order columns. The sculptures found their accommodation on plaster pedestals and corbels, a material that was also used to design large cartouches with the names of national and international sculptors., which still remain in situ today. These spaces were used for sculpture galleries until 1919.

The current project, which the Prado has inaugurated this Thursday, May 19, aims to recover one of them, the one located on the north side, recently architecturally conditioned, permanently evoking the exhibition value of that old formula that is the gallery.

In addition, the rehabilitation of the north Ionian gallery has been supported by the American Friends of the Prado Museum thanks to the sponsorship of The Engh Foundation.