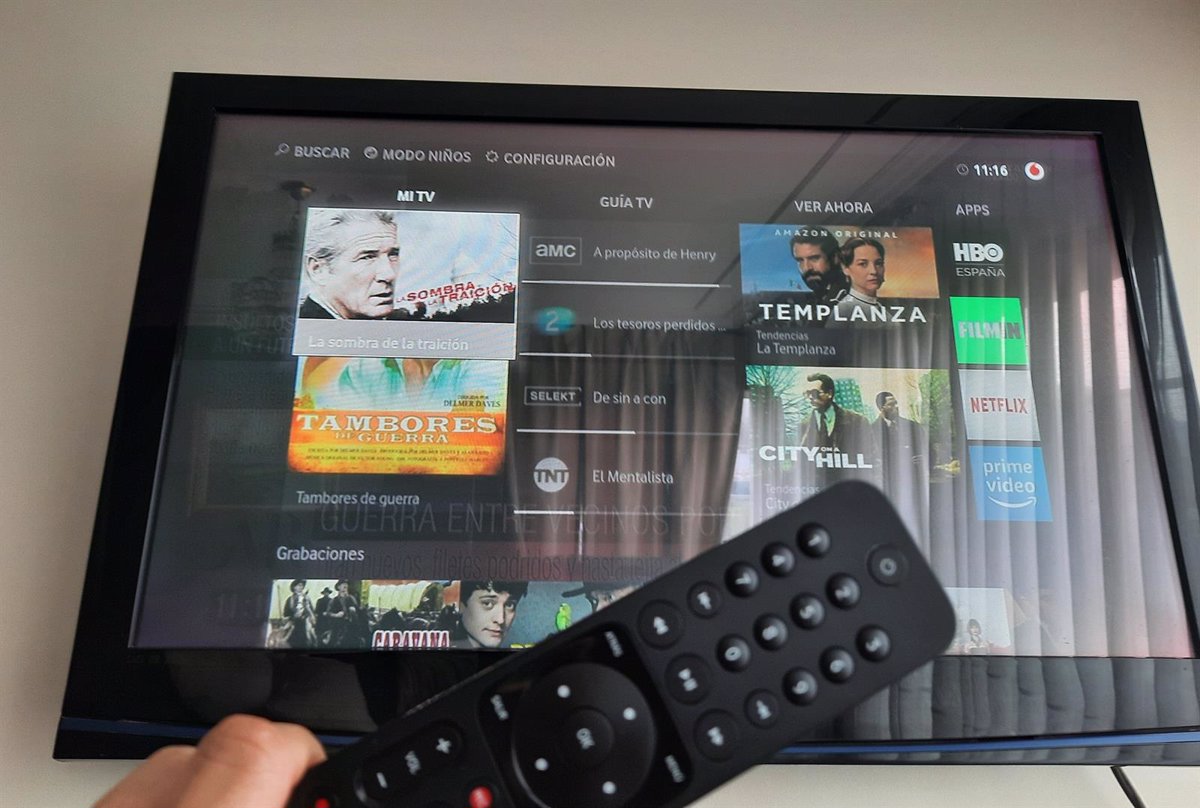 The Committee on Economic Affairs and Digital Transformation of Congress has approved this Thursday the opinion of the presentation of the draft General Law on Audiovisual Communication, with the votes of PSOE, United We Can, PNV and ERC, and the rejection of PP, Vox and Junts , and the abstention of Bildu and Ciudadanos. The Plenary Session of the Lower House will see the matter foreseeably next Thursday.

The Economic Affairs Commission has approved amendments to the text related to intellectual property, presented by the PP and Ciudadanos; environmental values; or the community media, among others. Sources from the socialist group have highlighted that the PSOE has reached agreements with “all groups” except with VOX throughout the processing of the norm.

Among the modifications approved this Thursday is an amendment to add a new article 12, presented by Ciudadanos, which establishes that “audiovisual communication will be respectful” of the rights of third parties recognized in current Intellectual Property legislation.

The parliamentarians have also given their approval to a compromise on a Junts amendment aimed at promoting codes of conduct that promote audiovisual content that promotes “respect for nature”, the preservation of the environment and the welfare of animals, and alert of the consequences of climate change.

On the other hand, the initiative presented jointly by United We Can, ERC, Bildu, Junts, PDeCAT, Más País, Compromís, BNG, CUP and Nueva Canarias so that bullfighting shows were considered “harmful content” for minors has been rejected in this process. .

The text, to which more than 1,000 amendments have been submitted, incorporated several socialist amendments into the Paperwork process that raised doubts from United We Can, which has finally supported the opinion, and has caused the rejection of independent producers.

The issue related to the linguistic quotas of the co-official languages ​​of the State has been one of those that has focused a good part of the debate during the Commission’s session, as well as the issue that concerns the situation of the intending producers in the Audiovisual Law.

The spokeswoman for EH Bildu, Mertxe Aizpurua, has been critical and has assured that the regulation “is a lost opportunity because, in general, it is limited to a very conservative transposition of the European Directive” and that “it greatly misses the new possibilities that offered this directive. However, she has recognized that there have also been “substantial improvements, most of them have to do with the co-official languages”.

For his part, the PNV spokesman Joseba Agirretxea celebrated that the negotiations have made it possible to save “the three great issues” that they had to defend: self-government, preserving the autonomy of EiTB and guaranteeing the presence of Basque in the new audiovisual framework. “A large number of amendments have been accepted in their originality. Others have been compromised and we can say that fortunately the text is no longer what it was”, he remarked.

In his speech, the spokesman for Ciudadanos, Guillermo Díaz, focused “on the ugly part” of the law and stated that “there is a completely artificial hypertrophy of the language quota, which also perverts artistic creation”, and added that own languages ​​”do not exist”.

A LAW IS “MUCH BETTER”

The PDeCAT spokesman in Congress, Ferran Bel, has stated that this law is “quite better” than the one presented by the Government, but it is not enough because “some things have gotten worse”. Thus, he has given as an example that the amendments of the PSOE on independent production harm this group. However, he has said that, although “insufficiently”, some improvement has been made in relation to the obligation to finance works in Catalan, Galician and Basque.

“After very complicated negotiations with the Government, we have managed to transform a law designed by and for certain multinationals in the sector into a law designed by and for the entire sector in the country,” said ERC parliamentarian Joan Margall, who has pointed out that the presence of co-official languages ​​in the text has gone from “zero”. “It seems to us a very important advance. By law, there will have to be audiovisual production in Catalan. By law, an economic fund is allocated to dubbing in Catalan”, he stressed.

In his turn to speak, the deputy and general secretary of United We Can, Txema Guijarro, has indicated that they would have liked “a more committed text” with independent production, and has regretted that the Asturian does not have a differentiated treatment, as in the case of co-official languages.

For her part, the deputy of Junts in Congress, Pilar Calvo, has stated that the regulation is “far from an acceptable text” and that “it does not respond to the spirit” of the European Directive, which “aims to protect cultural diversity and linguistics”.

Juan Luis Pedreño, a PP deputy, has criticized the fact that a law “for the ERC and for the PNV” has been debated today. The parliamentarian has branded the legislative text a “disaster” and of being “a roller” for the Government, which he has taken advantage of to introduce “concessions to its partners”.

In the same critical line, the spokesman for VOX, Manuel Mariscal, has expressed himself, who has affirmed the law “is old before it was born” that, in his opinion, “does not regulate communication”. In addition, he has rejected the imposition of language quotas because it does not promote quality but origin.

Lastly, the socialist representative Begoña Nasarre pointed out the need for “this ambitious” bill for the audiovisual sector which, in addition to transposing the European Directive, “adapts the regulatory framework to the current reality of the market, offering greater and better sector coverage.

From his point of view, the draft General Law on Audiovisual Communication “promotes the promotion of European audiovisual work in works by independent producers, increasing investment obligations. “The issue of definition, which has generated a lot of debate, remember that already It was established in the previous law and in the current bill it is considered in the same terms,” ​​he settled.