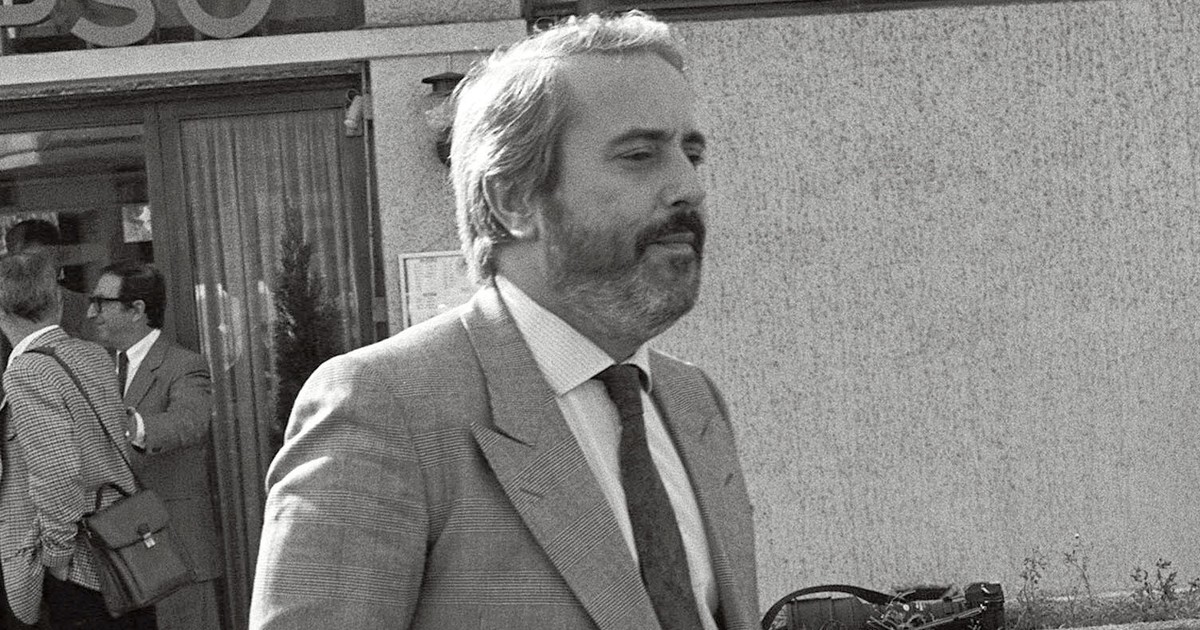 Three decades ago, on May 23, 1992, a load of 500 kilos of explosives destroyed the highway in the direction of the nearby city of Palermo, the capital of Sicily, through which a caravan of three cars was circulating, transporting the Judge Giovanni Falcone enemy number 1 of Cosa Nostra, his wife also a magistrate, and three police escorts. None survived.

Thus, the power of the Sicilian mafia reached its climax with this attack and another in July that massacred the prosecutor Paolo Borsellino and the five policemen who were guarding him.

Visible brain of these terrible actions that had never reached so much in the secular history of Cosa Nostra, he was the head of the “commission” that then directed the mafia, Salvatore “Totó” Riina, convinced that the only way to counteract the action of the two magistrates was to go directly to terrorist action.

The place of the attack against Giovanni Falcone. Photo: Clarin Archive

Riina died in November 2017 in a hospital in Parma, central Italy, at the age of 86, having spent the last 24 of them in prison. He was captured in January 1993when the panorama began to change and the State responded with the maximum force to the mafia action.

Falcone and Borsellino are today two of the greatest heroes of Italian democracy. Palermo airport is named after him and thousands of schools throughout the country paid homage to his memories. It has become flesh among Italians that the martyrdom of both saved Italy from the criminal dominance of Cosa Nostra.

Both were Sicilians convinced that the fight for justice could counteract the mafia power that had become much more dangerous since the “family” of Corleone, a town in central Sicily that became synonymous with the mafia, conquered the heights of power, seizing of the “commission” that brought together the bosses of the Cosa Nostra commandments.

Riina was the head of the Corleone commandment.

The implacable government of Totó Riina implanted a fighting style without quarter, in defense of the mafia spaces in the Sicilian reality. Giovanni Falcone and other magistrates, several of whom were also murdered, carried out an in-depth investigation that led to the maxiprocessed hundreds of members of Cosa Nostra in the bunker of the main prison in the Sicilian capital.

Falcone and Borsellino faced all the dangers and despite the threats accompanied by warnings from politicians pressured by their relations with the mafia, they managed to conclude the maxi-trial by sending to jail hundreds from “Boys” (soldiers), and heads of the criminal organization.

In that troubled period that Italians today consider historic, Totó Riina and the other members of the Cosa Nostra “commission” were convinced that the response had to be forceful. The danger for gangsters was, and wasthat the State ended up applying very harsh measures to Cosa Nostra.

Riina, also called “It simply came to our notice then” Due to his short stature, he decided to concoct a lesson. He used the vast networks of mafia contacts with the so-called “legal world” to detect Falcone’s movements, that the government and the judiciary decided to protect by removing it from Palermo and promoting him to a commission in Rome.

There begin the mysteries, which continue to this day without being clarified, about what were the minds who decided that Falcone he was a dangerous guy also for those politicians considered “close” to mafia power.

Amid tight security, Falcone and his wife decided to travel to Palermo. They did it in a special plane on May 23, 1992, 30 years ago today. La Cosa Nostra had sent some of its members to check on him discreetly in Rome. They knew everything.

With time they prepared the infallible attack. Half a ton of explosives is irresistible and only by knowing when and where to blow them up was success guaranteed.

There is a highway from the airport to the Sicilian capital. At the height of a deviation to the town of Capaci, and 48 hours earlier, some witnesses said they had seen workers working on the highway. A drain pipe running through it it was stuffed with TNT.

A drain pipe was filled with TNT. Photo: Clarin Archive

Giovanni Brusca, in charge of blowing up the charge, made several tests until he achieved a perfect vision. Accompanied by two others he hid and when the caravan reached the fatal stretch he pressed the button.

Brusca was arrested months later but immediately joined the calls “repentant” that with their confessions they have been “collaborators of justice”, considered fundamental for the investigations against the mafia.

Today he is free, with another identity and it is not known where.

Falcone’s death produced a national trauma. On July 19, 1992, the second attack ordered by Totó Riina, the boss of the bosses of Cosa Nostra, took place, this time against the prosecutor Paolo Borsellino.

In this case there are stronger signs, although they have never been clarified, that in the explosion of a car filled with TNT in front of his mother’s house, there were complicities that they went beyond the mafia and they intended to protect very high-level interests and complicity that the investigations of the prosecutor friend of Falcone put in danger.

Example. They say that Borsellino wrote down these specific suspicions in a red diary. After the explosion, a civilian, who was actually a carabinieri officer, was seen taking a small prosecutor’s suitcase out of the destroyed car.

The footage of the attack recorded this character never identified, who moved away about 60 meters. He was later seen returning and throwing the suitcase into the still burning car. The agenda never appeared.

After the martyrdom of Falcone and Borselino, a healthy revolution of consciences took place in Italy. The conviction that the mafia could not openly condition national life. On January 1, Totó Riina was arrested and in the following months the captures of all the great capos of Cosa Nostra followed.

John Paul II against the mafia

But the open war was not over. Despite Riina’s arrest, Cosa Nostra put up a fight. Pope Saint John Paul II had traveled to Sicily and from there bravely confronted the mafiayelling at him to repent because the day of justice would come.

A new wave of terrorist attacks signed by Cosa Nostra arrived. The response to the Pope was on July 27, 1993 with a bomb in front of the Basilica of Saint John in the Lateranseat of the Pope Bishop of Rome, which exploded at dawn and did not cause any deaths or injuries.

The night before, a car bomb exploded causing damage and twenty injuries in the old church of San Jorge al Velabro, in the center of Rome.

But the attacks had begun on May 14, with a car bomb that exploded shortly after the passage of a car driven by journalist Maurizio Costanzo, who was unharmed. The explosion caused 24 injuries.

On May 27, a van packed with explosives exploded under the Torre dei Pulci, home of the academy dei Georgofili in Florence. Five characters died and 48 others were injured.

The Tower of the Fleas was destroyed and in the neighboring gallery degli Uffici, one of the most important art museums in the world, there was significant damage to 173 paintings, 42 marble busts and 46 statues that were left in ruins. There was also a bomb that exploded in Milan.

The investigations verified that all the attacks were of mafia origin.

At this point the Italian Parliament passed restrictive laws for imprisoned mafiosi and other measures against Cosa Nostra. Totó Riina was accused and sentenced to multiple life sentences for the deaths of Falcone and Borsellino. Other mafia bosses also received sentences to spend the rest of their lives in prison.

The climate with the mafia had changed. Today the celebrations in Palermo are led by the President of the Republic, Sergio Mattarella, whose older brother Piersanti was killed by Cosa Nostra in 1980 in Palermo, when he was president of the Sicily region.

Since then the fight against the mafia has always shown the State on the offensive. La Cosa Nostra had to reorganize itself and its new boss, Matteo Mesina Denaro, chose the obligatory path of make it “submerged” and “invisible”.

La Cosa Nostra had to reorganize itself and its new boss, Matteo Mesina Denaro, chose the obligatory path of making it “invisible”.

Youths hold a banner with drawings depicting anti-mafia judges Giovanni Falcone and Paolo Borsellino during a ceremony marking the 30th anniversary of the assassination on May 23, 2022. (Photo by Alessandro FUCARINI / AFP)

Public contracts produce thousands of millions and Messina Denaro demonstrates with his status as a powerful billionaire that there is no other way to progress, avoiding run-ins with the law.

There is no news that the leadership of Messina Denaro is contrasted by some mafia commandments. It is said that he preserves the archives of the time of fire. That there are the hitherto unattainable secrets of the “grey zone” of relationships with the political and business world.