What’s going on there? That’s how Justin Bieber was photographed on the street 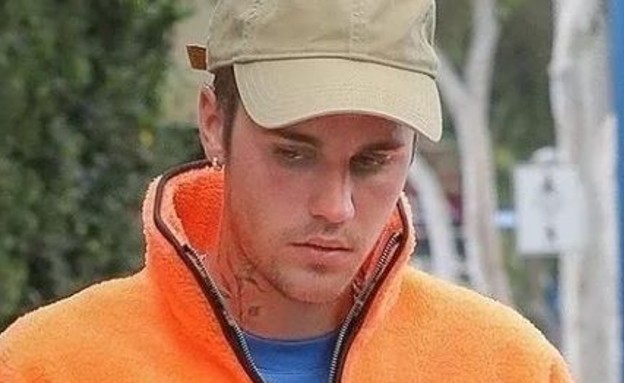 Justin Bieber is one of the singers we keep closest to our hearts, and whenever he is filmed in Los Angeles with his beautiful wife, Hailey Bieber, or in the midst of weird entertainment on his own – we immediately run to tell you. Now the star has been photographed after a particularly long spa session, and paparazzi photographers seem to have confused him.

The star was photographed in Los Angeles after leaving for three hours at the luxury spa, where he apparently did a pampering massage and thorough facial. The star was particularly flushed and appeared to be embarrassed by the enthusiastic photographers, who photographed him a moment after he got out of his car and a second before entering a magnificent downtown building. The fiery Justin wore a large orange sweatshirt, wide jeans and a huge diamond-studded necklace around his neck, and he no doubt made spending time alone in the spa look more masculine than ever.

The last time we told you about Justin he managed to drive the surfers crazy, when he uploaded a picture with his wife, Haley, and wrote “Dad and Mom” ​​about it. Justin’s picture was filled with thousands of comments about the parenting everyone so longed for, and just before the storm became real – Haley responded to her husband. “I think you should change what you wrote to * a dog’s father and mother * before anyone misunderstands it,” she wrote, adding a laughing emoji. No pressure or anything, but we’m waiting for the moment when the rumors of pregnancy turn out to be true.