The sting of the Northwest Lama 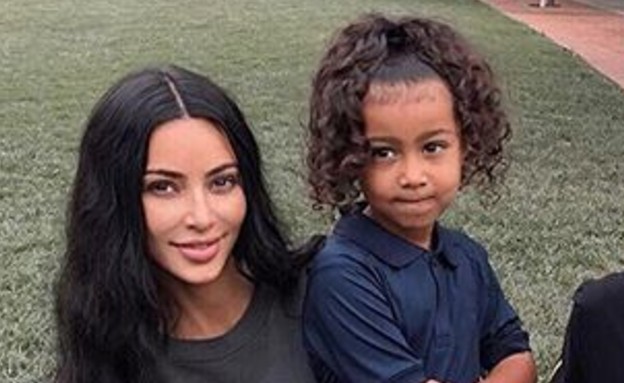 If there is one relationship that overwhelms us it is the relationship of Kim Kardashian and her eldest daughter, Northwest. Young North is not afraid to pounce on her mother with harsh reviews * while filming videos for her millions of followers *, and the latest sting she threw at her mother left us speechless

Northwest is one of our favorite girls in the global swamp, and as she grows she develops an irresistible attitude. After quite a few super cool things she did in her short life (including quite a few venomous bites to her famous mother, Kim Kardashian), now the young star is laughing at her mother again – and made us rejoice.

Kim shared on her Instagram page three stories in which she reviews new makeup products. After introducing the products in question, Kim suffered a significant drop from her eight.year.old daughter, who had just spent time at home with her cousin, Penelope. “Why are you talking differently?” North asked her, and Kim replied, “Are you talking differently?”. “In your videos,” she replied. “In my videos? I’m the same person, I do not speak otherwise.” Kim asked her daughter if she spoke differently when making makeup videos, and North mimicked her in response. Kim turned to her niece, Penelope, and asked her if that was how she sounded, and she nodded with overwhelming sweetness.

This is not the first time North has stung her mother live. The first video that drove surfers crazy was released last April, when seven.year.old North scolded her mother in front of millions. “I wanted to have a serious conversation with you about social distance. I know we’re in California and we have amazing weather, but we have to get used to it —” Kim said, and just before she finished the sentence North whispered to her mother, “I left the house.” – Of course Shekim was quick to protect her daughter and explained to her that she had gone out into the yard of their house, but then she suffered another sting from her young daughter. Kim told her followers, “Believe me, I want to get out of the house more than you think,” and North was furious with her mother and shouted at her, “You should be more concerned with your children instead of your friends!”

That month, at the height of the first Corona closure, Kim shared a makeup video from her living room until North was pushed into the frame in a particularly sweet moment. “I’m hiding from my kids in the living room. My kids don’t let mine,” Kim said, and North was pushed into the frame and shouted, “Hey! That’s mean!” “North, can I please do my tutorial? I just want to do something fun for myself,” the tired mother pleaded, and North agreed to the request.

Last May North did it again, when she was pushed into a video of her mother in which she promotes Olivia Rodrigo products. Kim filmed the package she received from the young singer and praised her for her music, until North’s voice was heard in the background as she scolded her mother: “You are not listening to her at all.” Kim laughed awkwardly and said “yes I do yes, I listen to her all the time”, but we were just left with the sweet taste of the bite.

Kim Kardashian shows off her ‘SOUR’ promo package from Olivia Rodrigo saying she listens to “drivers license” “all the time” only to be outed by her daughter North West:

“You never listen to it.” pic.twitter.com/6qRqnKJfFZ