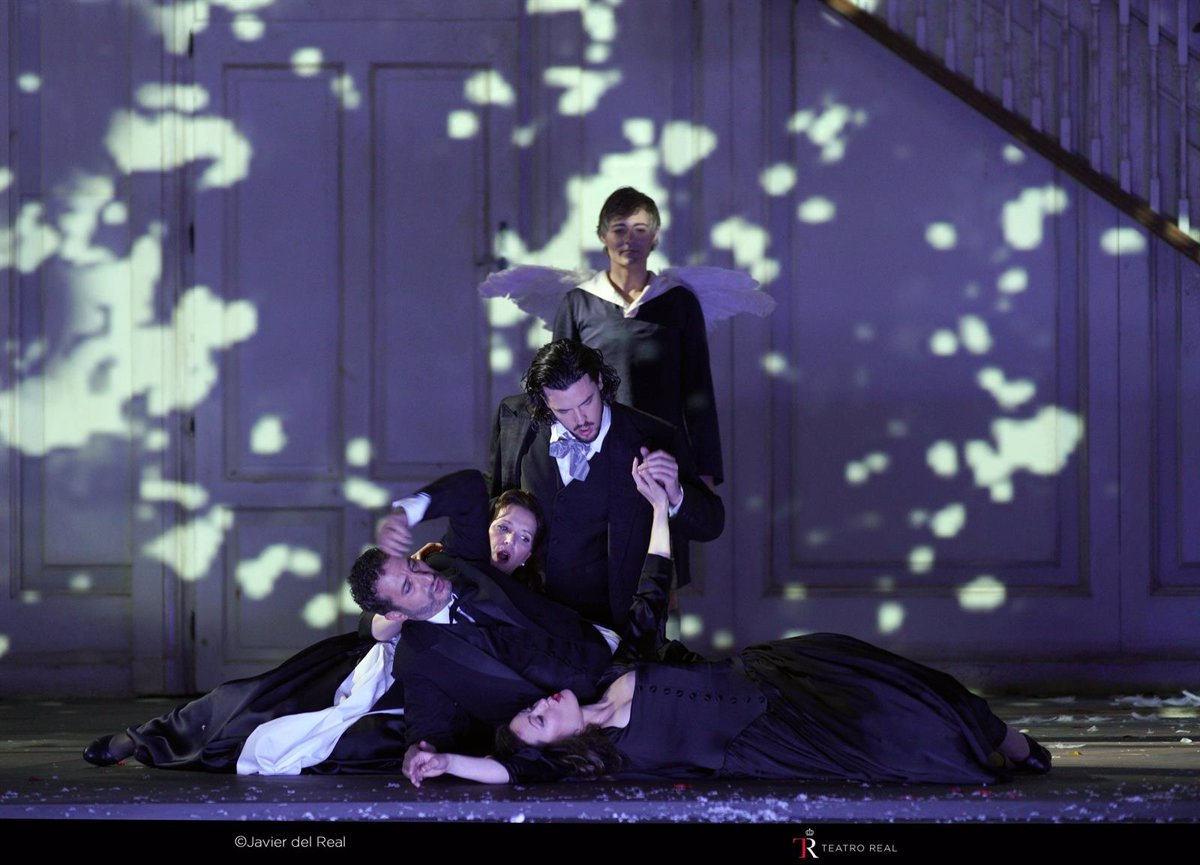 the royal theater presented this Friday the 2022-2023 season, with eight new co-productions of the cultural institution and nine new titles in its lyrical catalog among which the names of composers such as those of Philip Glass o John Adams, as well as the participation of the choreographer White Li.

At a press conference, the president of the Teatro Real, Gregorio Marañón, explained that what marks the new season “is, without a doubt, a double celebration, of health and psychological normality”. “The pandemic had a double aspect: a more harmful one that affected the body, but also another aspect that was the one that affected our mind, fear“, has declared.

In his speech, the general director of the Teatro Real, Ignacio García-Belenguer, has signed that this will be the season of “normality”, which will have a global budget – from September 2022 to July 2023 – of 19,942 ,000 euros.

A LOOK AT MODERNITY

In total, the 2022/23 season of the Teatro Real is made up of a total of 238 performances, which are distributed in 113 opera performances; 75 from Real Junior; 15 dance performances; two commemorative galas; four concerts by Voces del Real; three extraordinary lyrical concerts; six concerts of the cycle ‘Camera Sundays’; and about 40 flamenco performances.

Due to the renovation works on the floor of the stage area, the official opening will be on October 24, with the replacement of ‘Aida’ by Giuseppe Verdi, conceived and renovated by Hugo de Ana, under the musical direction of Nicola Luisotti.

For his part, the artistic director of Real, Joan Matabosch has highlighted the “ambition” of the artistic project”with almost half of the programming focused on modernity – between the 20th and 21st centuries there are seven of the 17 operas -.

The 2022-2023 season of the Teatro Real begins under the sign of Orfeo with ‘Orpheus‘, by Philip Glass, which will premiere in Spain on September 21 at the Teatros del Canal, and will run throughout the season, with the presentation of ‘L’Orfeo‘, by Claudio Monteverdi and ‘Orpheus and Eurydice’de Christoph Willibald Gluck.

There will also be other outstanding proposals such as ‘Nixon in China’de John Adams; Rayok Anti-Formalist by Dmitri Shostakóvich; ‘Arabella’, by Richard Strauss; the stage version of ‘Nose’ by Dmitri Shostakóvich; ‘Dialogues by Tirant and Carmesina’ by Joan Magrané; ‘The sleepwalker’ de Vincenzo Bellini; ‘Dido and Aeneas’de Henry Purcell; e ‘The Turk in Italy’ de Gioachino Rossini.

In relation to the recovery of the Spanish lyrical heritage, the Teatro Real will present two baroque works from the 18th century, premiered during the reign of Felipe V: the opera ‘Achilles in Skiros’ by Francesco Corselli and the zarzuela ‘Coronis’by Sebastián Durón, then Master of the Royal Chapel of Madrid.