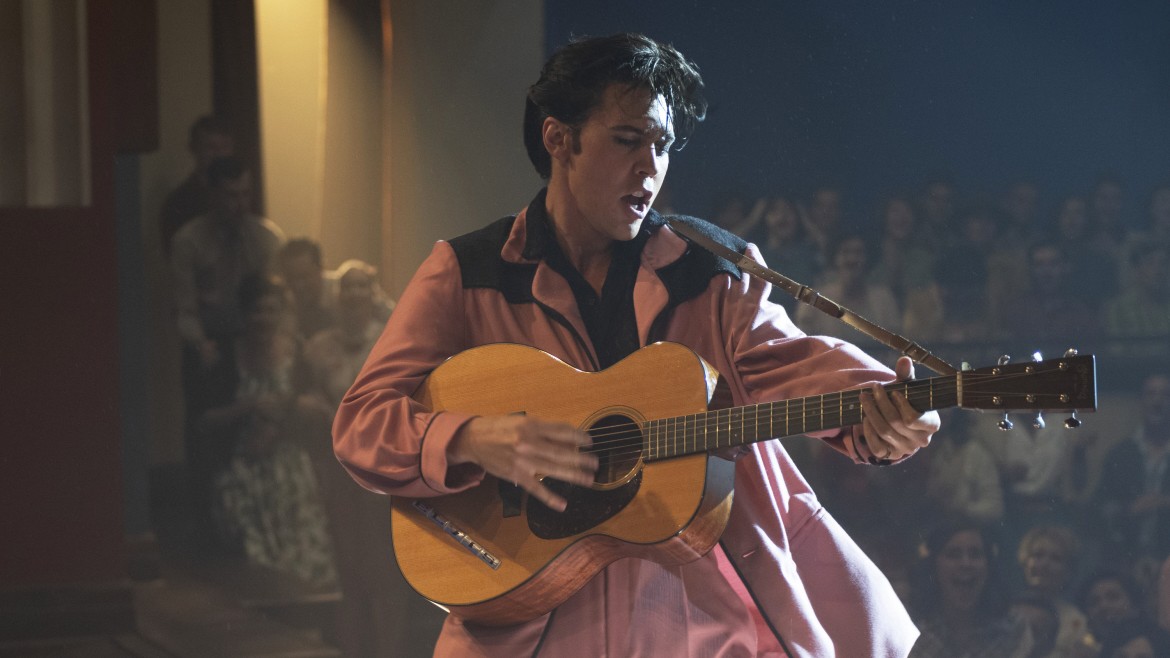 Suppose Elvis Presley’s Wikipedia entry had a nose. And could coke. Very much. Then you have a rough idea of ​​what the movie “Elvis” looks like.

The lavish Hollywood biopic made its world premiere out-of-competition just before the Cannes Film Festival finale. It does not compete for the Palme d’Or, which is awarded on Saturday night. The colleagues from the US magazine Variety apparently had the stopwatch with them in the cinema and, after the credits rolled, measured a proud twelve minutes of applause in the Grand Théâtre Lumière. Although you seriously have to ask yourself whether people were clapping because they liked the film so much – or out of relief that it was finally over.

“Elvis” is a heart project of the Australian director Baz Luhrmann. He once made Romeo & Juliet, one of the most famous films of the ’90s (and superstarred a young man named Leonardo DiCaprio). “Moulin Rouge” and “The Great Gatsby” followed. All works with which Luhrmann cemented his status as Hollywood cracker. A bling-bling director who makes films that are colorful and loud as fireworks. Luhrmann is an artist who does not adapt his style to history, but history to his style. This is an approach that can sometimes go haywire.

The film credits reveal that, to put it mildly, there must have been different narrative approaches to “Elvis”. In Hollywood there is almost always an armada of authors writing big and expensive films because the producers are afraid that the film could become a flop. And there’s a little spelling detail that always tells us whether they’re teams, or stand-ins to rewrite scripts that no one was quite happy with.

If there is an “&” between the names, the authors worked on the screenplay together. If there is an “and” between the names, they have been written separately and probably one after the other. In the end credits of “Elvis” under the script tab it says “Baz Luhrmann & Sam Bromell and Baz Luhrmann & Craig Pearce and Jeremy Doner; story by Baz Luhrmann and Jeremy Doner”. A really wonderful “&” and “and” weave that must have kept many lawyers and agents busy for a while and that speaks for many script drafts.

What remains is a dramaturgical constellation, as you already know from the biopic “Amadeus” about Mozart, who was a kind of Salzburg Elvis. Just as “Amadeus” was told from the point of view of his antagonist Salieri, “Elvis” is told from the point of view of “Colonel” Tom Parker (Tom Hanks). The man was Elvis’ discoverer and manager, but also the person who milked him like a farm animal. Some biographers accuse him of driving the king into pill addiction and thus to his death.

When the great Tom Hanks takes on a role like that, nothing can go wrong, you’d think. But it is to be feared that this film will not bring him back onto the Oscar podium. But rather as an embarrassing slip to the film-historical files. Trying to make him look fat like the real Colonel is a complete miss and he consistently looks like he has pillows under his shirt (which is probably because he wears a pillow under his shirt). Not to mention the heaps of plasticine on his face. End result: fat Midwestern Rumpelstiltskin.

Elvis Presley is played by American newcomer Austin Butler, who was discovered by Quentin Tarantino. In “Once Upon A Time In Hollywood” he played a boy from Charles Manson’s murder gang who ends up being ground up by Brad Pitt and his pit bull. Butler makes a more than decent King of Rock ‘n’ Roll, the quiff is in place, the swaying hips even more so – but if the world wasn’t lacking for anything, it’s Elvis impersonators. And Luhrmann doesn’t let him do much more than that. He rushes him through the stations of Presley’s life as a likeable but also somewhat naive Mama’s boy, without there being any form of dramaturgical weighting. Initialized by gospel and blues. First record deal with Sun Records. The move to the major label RCA. The anger about his provocative dance style in conservative America. Marriage to Priscilla. Birth of Lisa Marie. tablets. Las Vegas. More pills. Even more Vegas.

Instead of concentrating on a certain part of his life, everything has to appear briefly at least once, even two or three decades of American history. In the TV pictures in the background, someone is always being shot, and then everyone has to look sad for two seconds. Martin Luther King, Bobby Kennedy, the country is going down the drain in parallel with its biggest rock star.

Because Luhrmann tells it all at the same MTV pace, as if the blissful nineties had never ended, fast and loud and with more cuts than the human brain can handle, everything becomes one penetrating Elvis sauce. Luhrmann’s typical soundtrack approach of mixing the music of the time with the music of today makes the film finally hyperventilate from sheer overdose. And because the film lasts two hours and 39 minutes, you end up feeling just as muddled through as the exhausted, burned-out Elvis on screen. The king lives? Unfortunately not. To paraphrase one of his great songs: Return to Sender.